An endless debate on refugees

Refugees have made headlines in Europe for the last two years. But the debate is endless because it avoids all the uncomfortable issues. To the satisfaction of those who profit from human misery. 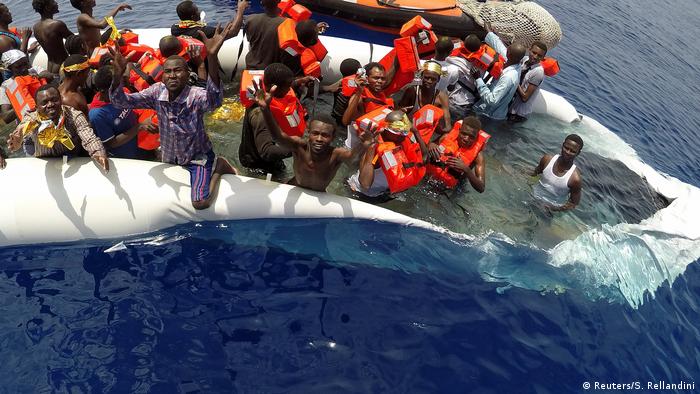 A reek hung over the graveyard in Libya. An oil refinery nearby gave off the whiff of rotten eggs. Unfortunately it was the only piece of real estate they could afford, Saddeq Jiash of the Red Crescent told DW. Strict Muslims among the Libyans do not want migrants to be buried in their cemeteries. Jiash was tasked to find a place to bury those who die attempting to cross the Mediterranean to reach Europe. Many of the more than 1,500 he has laid to rest are buried in mass graves. "We should be much better than this," Jiash said by way of apology. But desperate times call for pragmatic solutions. This year alone, 2000 people have already drowned on their way to Europe.

Smugglers' profit from the failure of politicians

Karl Kopp from the German human rights organization Pro Asyl, calls the deaths of so many refugees the "saddest chapter" of the "European erosion."  It is an erosion, he believes, that started before the arrival of millions of refugees in Europe two years ago, an event that plunged the continent into a never ending crisis.

The smuggling industry has stood to gain a lot from this crisis. Turnover for the smugglers in the north of Africa is estimated to be half a billion euros ($560 million). The "occasional smuggler" has long been replaced by professional and highly organized gangs, who promise to take the migrants to Europe. 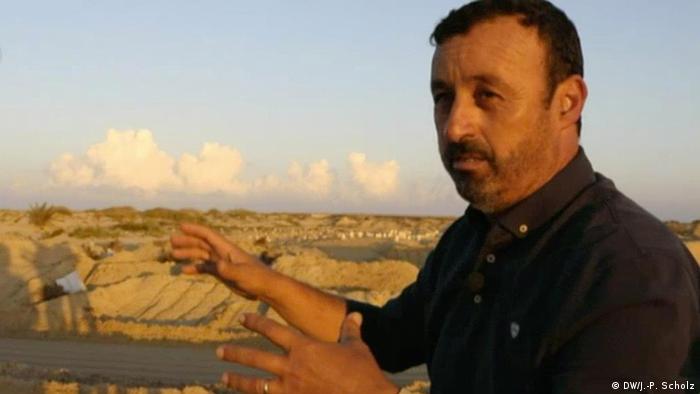 "Unfortunately solutions are not as simple as some may wish," Guntram Wolff from the European think tank Bruegel told DW. Many analysts point out that the problem will only grow in coming years if a much needed debate on uncomfortable facts and structural deficits of current migration policies doesn't take place soon. Turnover in the smuggling industry will likewise grow.

Fact 1: No solidarity among the Europeans

Europe has been trying to give itself a common asylum law since the 1990's. But it failed dismally due to the absence of political will of some member states and the lack of assertiveness by the European Commission. "We're paying the price for it now," said activist Kopp. "[Hungarian prime-minister] Orban thinks: 'what do I care about European regulations? There will be no sanctions anyway'." Unlike what usually happens, not even pressure by economic powerhouses like Germany has been able to move some Eastern European countries into taking in more refugees, migration expert Oliviero Angeli from Dresden University told DW. "Governments are much too scared of their voters," he explained. And rejection of refugees is particularly strong in Eastern Europe.

"The lottery principle prevails both in Europe and in Germany," says Angeli. Obtaining "protected status" in Germany depends very much on which federal state the refugee finds himself or herself in, he added. Human rights activist Kopp believes this is due to the failure of the often overworked and undertrained officials deciding individual cases. But he also sees a clear political plan behind developments: "Consider the quota for Afghani refugees which was reduced to 50 percent this year from 70 percent in 2015, while, at the same time, violence in that country escalated." Kopp added. A distinction between first, second and third class refugees was introduced when Syrians suddenly started to arrive in droves. And only the Syrians were seen as the "real" refugees, according to Kopp. 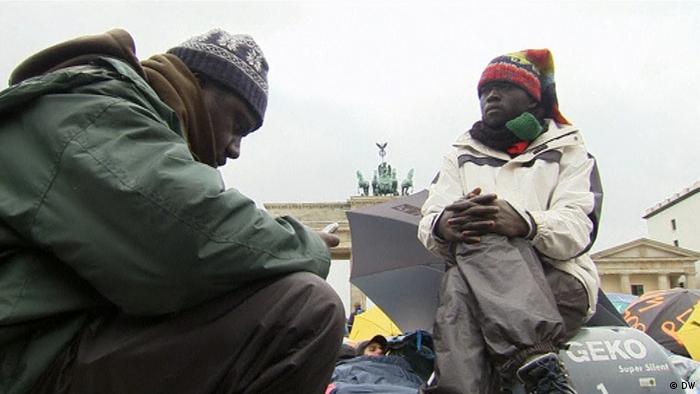 Fact 3: Many refugees are not entitled to protection

Media coverage of refugees never tires to point out that these people are fleeing war, terror and persecution. But it is estimated that half of all refugees leave their country for economic reasons. This is true especially for West Africans. According to the criteria of the Geneva Refugee Convention, these people are not entitled to "protected status." Nevertheless, many migrants try to obtain asylum to be able to stay on, often misrepresenting their situation to the authorities. Some migration experts say that people also flee abuse of human rights in their countries of origin.

Fact 4: The problems cannot be solved in the countries of origin

Politicians and editorials repeatedly call for a solution to the problems in the countries of origin. Butthat strategywill only produce results in a couple of decades from now. Studies show that migration increases parallel to economic development. Only a – often utopian – yearly income of between 8,000 and 9,000 euro ($9,000 and $10,000) will keep people from trying to leave. Besides, no strategy will work if it can't count on the support of local political elites. And despite averrals to the contrary, many of these elites are not keen at all to keep their citizens from migrating. "They are interested, above all, in maintaining the status quo, and happy to see young, angry men leave the country," according to economist Wolff. Added to that, migrants send home remittances to the tune of many billions. 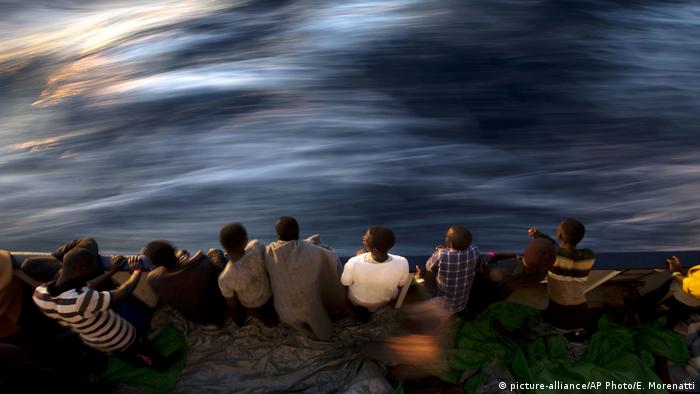 How to solve the problem? Almost all experts point to the need for several simultaneous measures. They include consequent action against smuggling rings and their contempt for human rights, as well as a fairer distribution of the refugee burden in Europe. But there is also a need to think about new ways for legal migration. Europe must introduce more regular immigration opportunities that go beyond the – often abused – asylum system on the one hand, and unrealistic regulations concerning highly qualified professionals on the other.

Economist Wolff says these solutions should be given careful consideration. "I am in favor of a mixture of several measures," he told DW. They could go from humanitarian quotas to a lottery process. "But we will only defeat smugglers and put a stop to the misery on the Mediterranean if we create possibilities of legal migration," Wolff said.

Siddeq Jiash from the Red Crescent would welcome such a strategy. Despite having switched to space saving graves, his cemetery has long exceeded capacity.

Morocco is a transit country for many sub-Saharan Africans on their way to Europe. But some now prefer not to risk their lives crossing the Mediterranean Sea, opting instead for a new life in Morocco itself. (23.05.2017)