Amsterdam cracks down on tourist excesses

Amsterdam is taking emergency measures to handle the strains of mass tourism. These measures will allow authorities to go after even minor infractions and collect fines immediately. 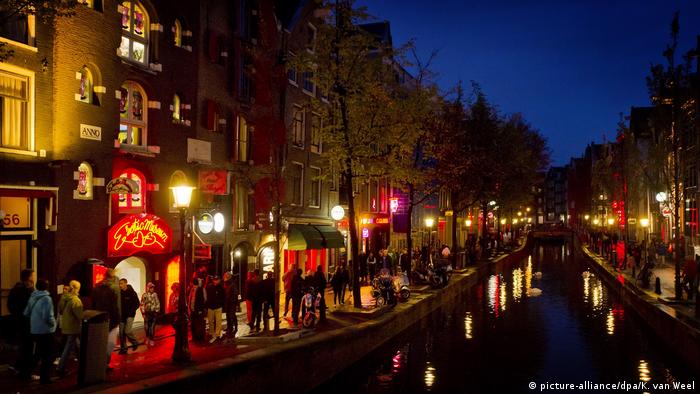 Amsterdam is taking new measures to ease tourist pressure on its popular red-light district including compulsory clean-up breaks in streets and monitoring of crowds, the council said Tuesday.

The announcement comes days after the city's ombudsman warned its bustling centre was turning into a "lawless jungle" at night with police powerless to intervene against crime and violence. "Apart from existing measures, Amsterdam will now take extra action to reduce pressure on the city centre and to improve access to the 'Wallen'," the city council said in a statement.

The 'Wallen' (Dutch for 'canal banks'), is the inner city's seedy red light district and includes its infamous red-framed windows where prostitutes ply their trade. "A lot of rubbish gets thrown in the streets. Therefore 'mop-up pauses' are being introduced for certain streets," the city said. "Parts of the Wallen will then be closed off to the public in order to properly rid streets," of waste and vomit, it said. 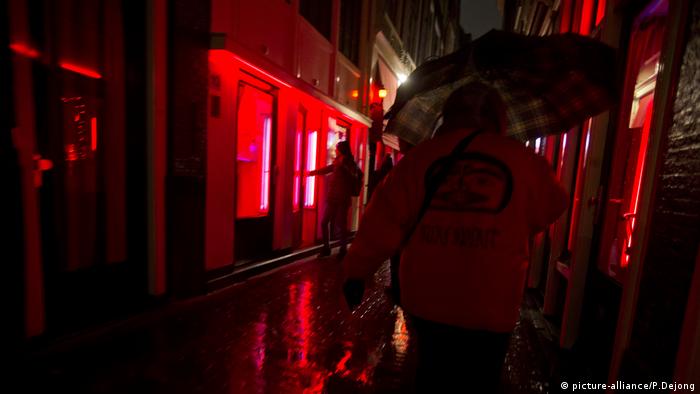 Amsterdam also monitors visitor numbers, coded from green to orange to red, depending on numbers. "If a code red is called, so-called 'hosts' will be deployed and if necessary, streets will be closed off," the city said."Hosts" are council workers specially employed to direct visitors to less busy areas and to address bad behaviour if necessary. Law enforcers are also now being issued with a mobile pin machine which will enable them to issue spot fines to tourists and get immediate payment. Public consumption of alcohol will earn 95 euros; public urination, public disorderliness and littering will each draw a fine of 140 euros.

"Access to the city's famous canals are also being closely monitored," the city said. Some 18 million tourists flock to Amsterdam every year - more than the entire population of the Netherlands.

Over the past year, the city has sought to take major steps to push back against unruly visitors instituting stiff fines and penalties for breaking public disturbance laws. But enticed by cheap travel, groups mostly of young men - mainly from elsewhere in the Netherlands or Britain - frequently roam the inner city's canal-lined streets at weekends, on pub crawls or to celebrate stag parties drawn by easy access to drugs and the notorious Wallen district.

The iconic lettering "I amsterdam" in front of the Rijksmuseum in the capital of the Netherlands was perfect for tourists: Here they posed for selfies, took a break or met. Now the giant letters are gone! (03.12.2018)

How to behave in famous Amsterdam red light district