You type a word into a search engine, like Google, and automatically you get suggestions. Some of these can be offensive, defamatory, or sexist. The UN's women's rights group is fighting back. 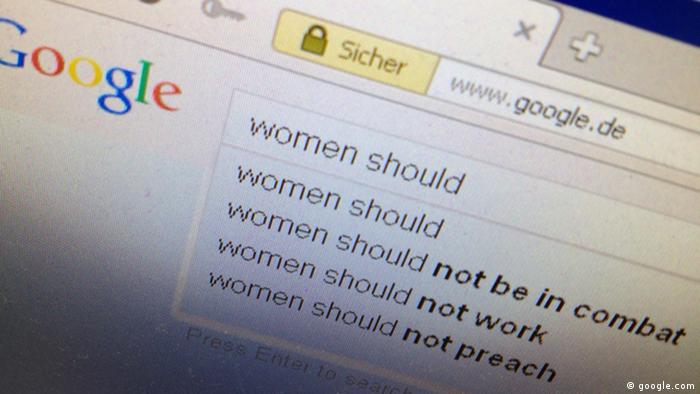 What do people around the world really think about a woman's place in the world? Google knows! And any Internet user can easily find out. Just type in the two words "women should" into the search engine, and Googles auto-complete function will come up with a selection of startling suggestions: "Women should… know their place… not work… stay at home… not speak in church..." You get similar results from the US version of Google's competitor, Yahoo!.

DW asked Google Germany why this should be. "The suggestions are generated automatically based on many different factors, including the popularity of particular search terms in the Internet," was the reply.

Yahoo works in a similar way: "Behind all the search results there are mathematical functions, known as algorithms, which prepare the results entirely automatically, and their findings are also used to generate the autocomplete suggestions," said Heiko Genzlinger, the managing director of Yahoo in Germany. 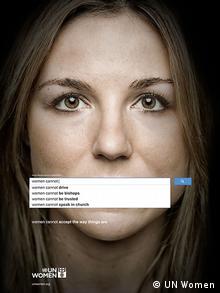 A poster from the UN campaign against sexism in search engines

So is Google being sexist when it spits out these kind of suggestions in response to the words "women should," or to comparable searches like "girls should" or "women shouldn't?" UN Women, the United Nations' women's rights organization, says it is. The organization has started a poster campaign in protest. It shows women whose mouths are hidden by a Google search bar showing these search results: sexist suggestions that leave them literally lost for words.

"The search machines show us how much prejudice there still is against women," says Nanette Braun of UN Women. "We were astonished and shocked by the results of this auto-complete function. The idea was to portray this element of shock in the posters."

Since the ads went online late October, they have been shared across social networks several million times. On Google, "women should" is temporarily among the terms most commonly searched in the United States. Apparently, many Internet users wanted to test whether the assertion of UN Women is true. "You see, how much impact the ad campaign has had". Brown says. "We wanted to shake things up and I think that this campaign has done that."

Monitoring or switching off

Sander-Beuermann says it's Google's responsibility. He knows the Internet giant would be able to take action against such amendments. "It must look at each and every one - sexist, abusive, criminal - they must be deleted manually." According to Yahoo! Germany´s managing director, that is already done: "If we discover such automatically-generated search suggestions that are inappropriate, we have the ability to delete them manually." 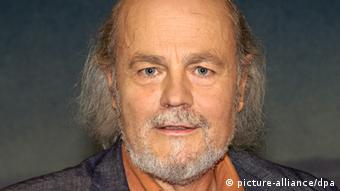 As an alternative, search providers can also completely turn off the auto-complete feature, says Sander-Breuermann. His team at the search engine MetaGer has decided to take this step. Initially, they had features that included an auto-complete function, but when they saw what offensive additions were automatically generated, he says, it was turned off. The Ixquick search engine offers no search suggestions. Interestingly, when you search "women should" in Google's German version, no suggestions are made.

The auto-completion feature can even be defamatory. "What is produced from user input directs the thoughts of the next person, whether they like it or not", says Sander-Beuermann. He points out that rumors can be started and spread via these suggested words. For instance: Bettina Wulff, the separated wife of former German President Christian Wulff, took action against Google to force the company to delete particular terms from its search engine concerning rumors about her past. In another case involving a German entrepreneur, Germany's Supreme Court ruled in May 2013 that he had been defamed, and required Google to delete all the relevant search terms.

UN: No lawsuit against Google

The poster campaign by UN Women is not aimed explicitly at the operators of search engines. The organization also does not intend to sue Google or Yahoo! because of the auto-complete feature. "Yes, features simplify life for many," Nanette Braun concedes. "We have the power to develop tools which make searching the Net faster."

What the group does hope to do is reach out to all those who are responsible for the emergence of search suggestions; namely, the broad mass of search engine users.

Google's autocomplete function has just had its first day in court. When you type a name, Google search plays word association. But the results are not always to the subject's liking. (15.05.2013)

The wife of former German President Christian Wulff is fighting rumors about her past. The hub of these rumors is Google, where searches with her name have been combined with unsavory terms. (10.09.2012)