The man authorities believe was behind a massive darknet marketplace has been found hanged with a towel in a Thai prison. Police were reportedly hoping to extradite him to the US to face trafficking charges. 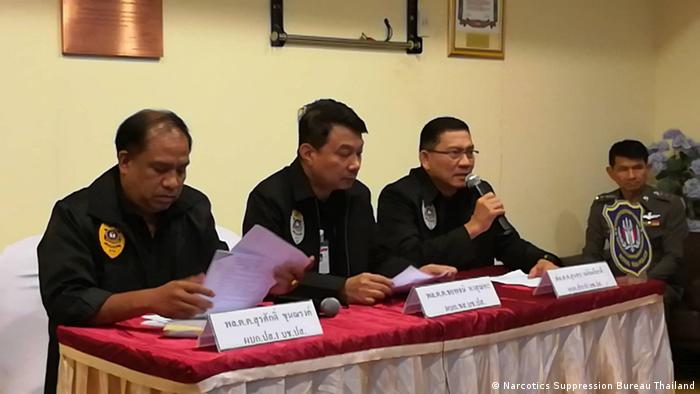 The alleged operator of the world's most popular darknet marketplace was found dead this week in a jail cell in Thailand, shortly after a reported international police effort shut down the site.

The 26-year-old Canadian, Alexandre Cazes, was accused of being a key administrator of Alphabay, a massive online market similar to eBay but for illegal goods, including drugs, weapons and stolen credit card details.

Thai police arrested Cazes, allegedly known as DeSnake, on July 5 and were making plans to extradite him to the US on charges of drug trafficking and money laundering. But Thai police said the computer programmer hanged himself with a towel in his detention cell just a week later on July 12.

Researchers conservatively estimate Alphabay, which operated in a similar manner to the notorious Silk Road, was home to $600,000 to $800,000 (520,000 euros to 700,000 euros) of transactions each day. Independent drug and contraband dealers would operate their own storefronts on the site, paying a 3.9 percent fee on each transaction to the operators. 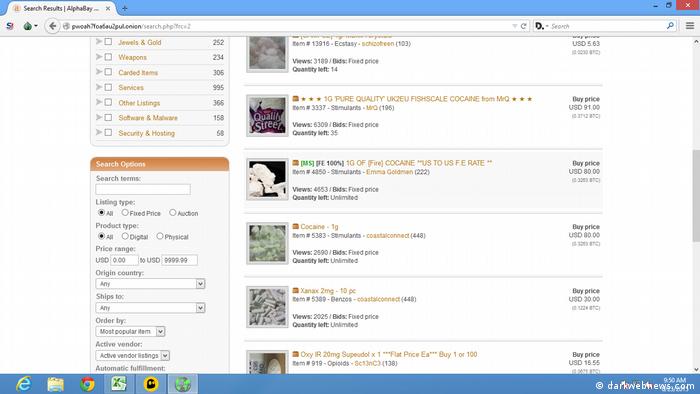 Alphabay had more than 300,000 listings and dominated the darknet marketplace industry

Communications were largely encrypted, and drugs, often in kilogram amounts, would be shipped internationally to users in a covert manner. Users would pay in Bitcoins or other cryptocurrencies, which were held in escrow until they received their goods.

Read: The 'darknet' and the Munich murder weapon

Read: The web's black market for goods and ideas

The website was launched in 2014 and by late 2015 was thought to be the largest such site in existence.

Thai police seized several million dollars worth of assets as they arrested Cazes, including three houses and luxury cars including a Lamborghini.

Police said Cazes had slipped into the country about eight years ago.

"He didn't have any business in Thailand but he had many houses," the officer said, adding that Cazes' Thai wife has since been charged with money laundering.

The US Embassy in Bangkok refused to comment on the details of the case, saying only that Cazes was detained at the request of the US "with a view toward extradition to face federal criminal charges."

The Wall Street Journal reported the operation to arrest Cazes and shut down Alphabay was a joint one between American, US and Thai police.

There was no official announcement from American law enforcement.

The shutdown caused chaos among the darknet community, with vendors and users scrambling to services such as Hansa and Dream Market.

Cazes' death in custody has caused in the online community, with many users suspecting foul play. His father told Canadian news portal Canoe, that it was difficult to accept that his son had commited suicide under the watch of police.

It was also unclear how investigators tracked down the servers and administrators. Alphabay was only accessible through the Tor network, which is supposed to disguise the actual IP address of servers and users alike.

In the past, investigators have exploited vulnerabilities in the network, in cases such as the notorious darknet child pornography website Playpen. In that case, the FBI seized the servers, installed IP-revealing malware to the site and controversially kept it running for two weeks to ensnare more users.

German police this month arrested the alleged operator of darknet child pornography site Elysium alongside 13 others and shut the site down, but did not reveal their investigation techniques.

In the case of the Silk Road, which 27-year-old libertarian Ross Ulbricht better known as Dread Pirate Roberts is serving a life sentence for operating, investigators exploited an IP-revealing misconfiguration in the site and used undercover agents.