A woman has attacked two police officers with a knife as they entered her apartment in the German city of Mülheim. Authorities found material linked to the so-called "Islamic State" (IS) within. 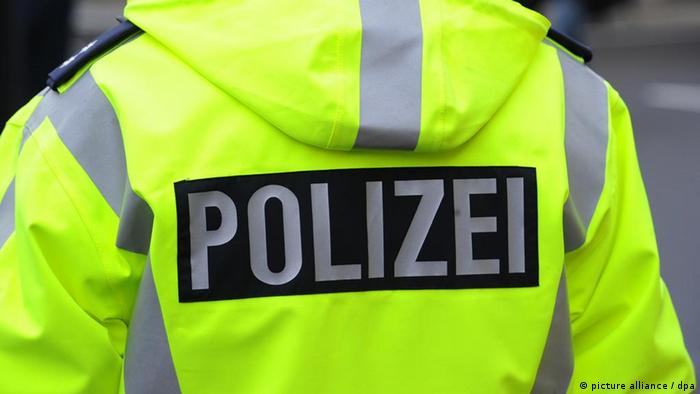 The 53-year-old woman attacked the two police officers after they entered her apartment in the western city of Mülheim on Sunday morning.

The police officers were checking in on her after she had allegedly thrown furniture, including a lamp, stools and books, out the window. When she refused to open the door, the officers broke it down.

Once they were inside the apartment, the veiled woman attacked them with a box-cutter while apparently shouting "Allahu akbar," or "God is great."

She was overpowered as police officers used pepper spray on her and threatened to use their sidearms. She was lightly wounded during the proceedings and was later taken to a mental facility. It was not clear from initial reports if either of the officers was injured. 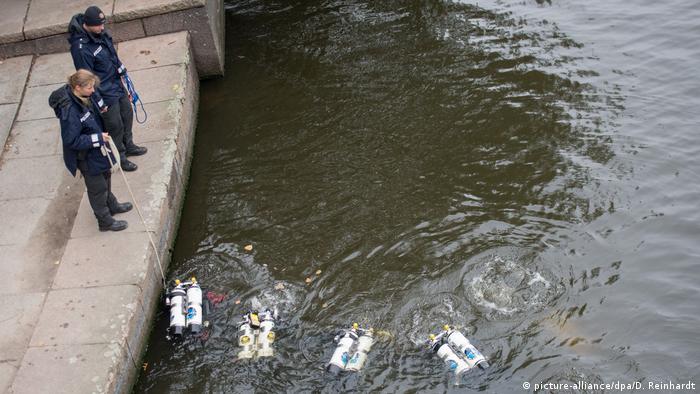 A police spokesperson said the woman was a Muslim convert and had been born in the state of Thuringia. She was already familiar to police after a series of earlier incidents linked with Islamic extremism, the spokesperson said without providing further details.

Over the past few months, a handful of crimes or attempted crimes linked to or claimed by IS have taken place in Germany. Recently, IS claimed responsibility for a knife attack in Hamburg that killed a 16-year-old boy.

Earlier in October, a Syrian refugee named Jaber Albakr killed himself after being arrested for allegedly plotting a bomb attack in Berlin. In July, a young Afghan asylum seeker injured several people on a train with an ax and was later found to have a handmade IS flag in his apartment. That same month, a Syrian refugee blew himself up in Ansbach.

German Chancellor Angela Merkel has faced the press after keeping a fairly low profile amid several attacks in Germany. She said that asylum seekers who commit attacks "mock" the country that welcomed them. (28.07.2016)

Bomb suspect's family to sue over his prison suicide

The family of dead terror suspect Jaber Albakr is to seek compensation from the state of Saxony for his suicide in jail. He killed himself after being arrested over an alleged plot to bomb a Berlin airport. (22.10.2016)