Terror and panic in Munich: The bloodbath at the Olympia shopping center in the Bavarian capital has shaken Germany to the core. The country is in shock and now faces a major challenge, says Christoph Strack. 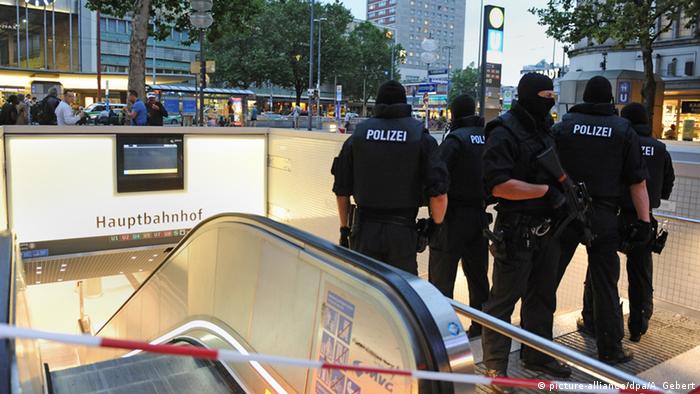 It has been a terrible, sorrowful night. Shots were fired, many were injured, at least 10 people have been killed. There's been talk of terrorism, though nothing has been confirmed.

But for those who witnessed the attack, it was undoubtedly terror. And this in Munich, the proud capital of Bavaria, a state known for its good policing and vigilance - and for which it has also been criticized.

Terror is fear. And fear has arrived in Germany, in its cities. The fear that struck Norway five years ago today, when Anders Behring Breivik launched a massacre in Oslo and on the island of Utoya. And the fear that just a week ago hit the streets of Nice, when the lives of 84 people were cruelly cut short as they celebrated France's national holiday, Bastille Day.

Where does the hate come from?

A few days later, a young Afghan refugee injured several Chinese tourists in an ax and knife attack on a regional train near Würzburg, also in Bavaria. For the first time Germany came face to face with hatred, from a 17-year-old refugee who attacked the people and the country that had reached out to help him.

After Friday's attack in Munich, however, one thing is certain: The reason and background for this tragic event remain unclear. Hasty accusations should be avoided.

And yet, many questions remain. These questions need answers - though none may be forthcoming, and any that do will very likely be painful.

For the moment, we must thank every police officer that provides us with security - at times, even at the risk to their own lives.

And then there's the so-called social media, which in times like these are often anything but social. Just minutes after the first deaths were confirmed, when people were still living in fear, the first comments showed up on Twitter celebrating a possible resignation or vote of no-confidence for Chancellor Angela Merkel.

Also this: TV channels were full of footage from the Olympia shopping center, images full of confusion. These images were labeled "live" - but at the same time, people in Munich were fearing for their lives. Even media must learn to restrain itself in times like these.

The silent, unspoken reassurance that terrorism only struck abroad - in France, Belgium, Tunisia, the US, the United Kingdom and Turkey, among others - is now over. And one should not forget that in Istanbul or in Nice, Germans also died.

Whatever the next days may bring, Germany will undoubtedly be a changed country.

The country is facing a test - one that will challenge Germany's social cohesion, its sense of determination, its authorities and the government's leadership abilities. But it will also take honesty when it comes to dealing with the country's growing problems - be it Islamist terror, or the hate of a divided society.

Add your comments below. The thread will automatically close 24 hours after publication of the article.

Police have issued a cautious all-clear after a shooting at a shopping center in Munich. Ten people are dead, one a suspect. For several hours, the Bavarian capital was put into lockdown. Read the latest. (23.07.2016)

After a deadly attack, what is the future for Nice?

Young people in Nice go from shock to questioning their future. They fear increasing hatred within the community and division in the city that for so long was a symbol of carefree summers in France. (22.07.2016)

Coronavirus: UK approves Pfizer-BioNTech vaccine, to roll out next week 1h ago

Brexit: EU's Barnier unsure on likelihood of reaching a deal 1h ago