Alice Schwarzer: 'The perpetrators on NYE in Cologne were Islamists'

Germany's most prominent feminist, Alice Schwarzer deals with the sex assaults in Cologne on December 31 in a new book. She tells DW why she uses a term usually reserved to a political ideology to describe the offenders. 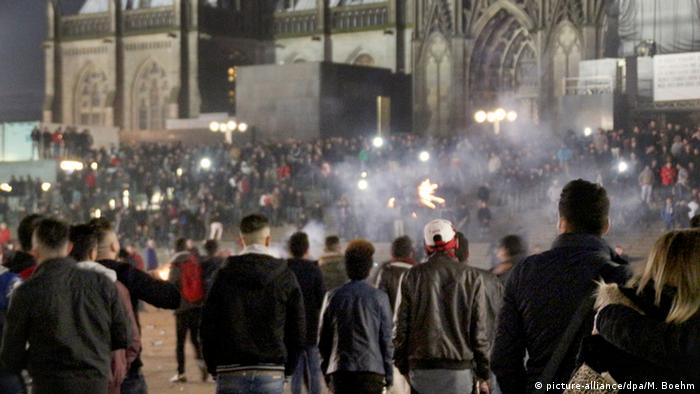 DW: The title of your book is "The Shock." Why was New Year's Eve in Cologne a shock for you?

Alice Schwarzer: That night wasn't just a shock for me. People all over the world saw it as a turning point. For the first time since the end of World War II, women were victims of organized mass sexual violence in the heart of Europe. So far, 627 women have pressed charges.

That night, the area in front of the main train station was extralegal territory for hours, and the police did nothing. So we're not looking at slip-ups by individuals, but a demonstration of power by a group of like-minded people.

The book starts with a reconstruction of New Year's Eve. Among others, you quote the Vosen family that gets hemmed in by the throng of men in the train station building, where the mother and daughter are aggressively fondled. Later, when they describe the men as "being of North African or Arab origin," they are called racist.

Yes, that was probably as awful for the victims as the act itself - the fact that afterwards, there were attempts to deny the horror. Today, we know that on New Year's Day, the police were ordered by their superiors to remove the term "rape" from their report. It took days before the truth came to light, bit by bit. There's no denying any longer that politics are behind this cover-up strategy. They simply didn't want it to be true. 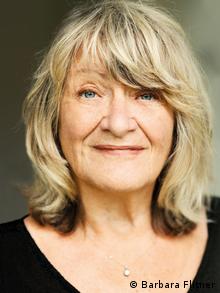 Alice Schwarzer: She's been fueling discussions on feminism for over 40 years in Germany

Last week, a Cologne court handed a 26-year-old a six month suspended sentence - not for sexual assault, but for theft and handling stolen goods. Does that shock you?

No, it doesn't surprise me at all. In the book, I say that I don't expect the perpetrators to be convicted. For one, because of the method they used: from a huge group of over a thousand men, small groups split off, surrounded and mistreated the women, only to disappear in the large mass again. It was difficult for the victims to identify the perpetrators. Also, what is trivialized as "sexual harassment" in German penal law isn't punishable to this very day.

You refer to these men as "Islamists." Why the term?

It's simple: I distinguish between Muslims and Islamists, even if the borders are blurred. A Muslim is a person who follows the religion of Islam or is from a Muslim culture. An Islamist is a Muslim who puts Sharia law above the rule of law and sees woman as inferior to men. Islam is a belief, and Islamism is a political strategy - decidedly military in the case of the "Islamic State," or simply an attitude by loose-knit Muslim groups who enjoy turning their frustration and unemployment into feelings of supremacy over the "infidels" and who enjoy debasing women.

The international community was quick to point out similarities to what happened on Cairo's Tahrir Square - as you did in "Emma" [Schwarzer is the publisher of this women's magazine]. Where do you see parallels?

The parallels between the events in Cologne and Cairo, Tunis or Algiers are evident. The method is always the same: a group of usually younger men surrounds women and sexually abuses them. As quickly as the mob appears, it's already moved on. And it's not as much about sex as it is about power: They mean to scare women and drive them away from public areas.

How are the attacks by Muslim men different from sex attacks by non-Muslims that we also see in Germany?

Sexual violence is surely a structural problem among Germans, too, and not just an individual bad move. Feminists, myself included, have been fighting that for more than 40 years, and sometimes successfully. But sexual violence from within a mob of hundreds, even a thousand men - without anyone stopping it! - is something we haven't seen in Europe since the last war. That's a new dimension. 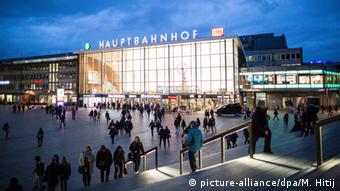 Although over 600 charges have been pressed, not a single perpetrator has been condemned yet

You write that "extralegal areas like those in Syria and Libya have evolved on the threshold to Europe. From there, it's a stone's throw to the heart of Europe." Doesn't that fuel fears that play into the hands of far-right parties?

It makes no sense to gloss over the situation, the problems will just close in on us even more strongly. These "extralegal areas" on the threshold to Europe have nothing to do with Islam as such, they are evolving thanks to politicized Islam, which has been on an international rampage since 1979, when Khomeini took power in Iran. The senseless bombing of Iraq, Afghanistan and Libya gave it a real boost.

On the one hand, women don't dare describe perpetrators as men of "Arab" origin, on the other hand, people of Arab origin currently face massive racist enmity. How do you deal with that?

For just that reason, we can't say it clearly enough: the perpetrators on New Year's Eve in Cologne weren't "the Muslims" or "the Arabs". They were a specific species, namely Islamists. They're the ones we must stop.

Why did this pursuit of women happen in Cologne of all places?

That was no coincidence. For one, Cologne is very central and easy to reach. We know today that the majority of these men arranged to meet, and traveled to Cologne. Perhaps even from Brussels? Secondly, Cologne is known to be liberal and tolerant, so perpetrators had less to fear there than, say, in Munich. And perhaps also because the most significant building of Christianity is right there: the Cologne Cathedral.

Why is Germany having such a hard time actually putting words to what happened?

That's because of our guilt-laden history. Not too long ago, it could cost a person's life if they were declared "strangers." And we don't want to make that mistake again, so what was once xenophobia is turning into love of strangers. But the two are just the different sides of the same coin: the "stranger" remains the "other" - while we are the ones making the laws. What we need is real integration, not a romantic notion of the "strangers."

In your opinion, what should change in the way Germany deals with Muslim boys and men?

For one, we have to take a close look at who we're actually dealing with. People who live in Germany must respect democracy, the rule of law, gender equality and the freedom of religion. If they don't, they have no right to be here. That's something we have to communicate - very soon and very clearly - to those who haven't quite got it yet. 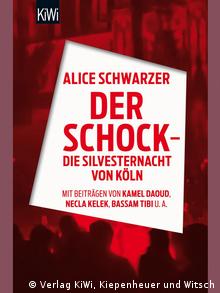 Alice Schwarzer is the creator and publisher of Germany's "Emma," a feminist magazine. She is considered one of the most influential feminist voices in the country for over four decades already.

Her most recent book, "Der Schock - Die Silvesternacht von Köln" (available in German only, the title translates as: The Shock - New Year's Eve Night in Cologne) is a compilation of texts by internationally renowned authors including Kamel Daoud, Bassam Tibi and Necla Kelek on the background and consequences of the sex assaults in Cologne on New Year's Eve 2015.

A 26-year-old Algerian man, the first to be sent to trial over sexual assault during the New Year's Eve attacks in Cologne, has been cleared. But he was convicted of receiving stolen goods. (06.05.2016)

A local paper has reported that there were fewer police officers at Cologne's central station on New Year's Eve than previously thought. This is the latest revelation in a series of miscommunications about the events. (17.03.2016)

A wide variety of feminist activists including refugees gathered in central Cologne to protest against sexism. The peaceful demonstrators rallied in particular against racism in the wake of the New Year's Eve attacks. (12.03.2016)