A wide variety of feminist activists including refugees gathered in central Cologne to protest against sexism. The peaceful demonstrators rallied in particular against racism in the wake of the New Year's Eve attacks. 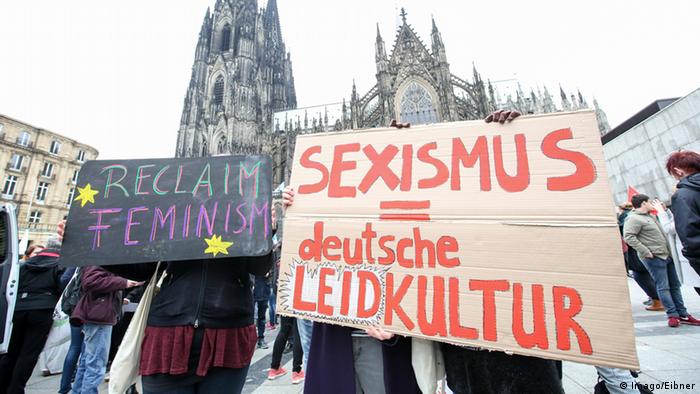 Waving flags and shouting slogans including "however I dress, wherever I go, yes means yes and no means no," the diverse group of demonstrators made their presence felt in Cologne on Saturday.

Amongst them was a group of Kurdish women and the organizations Syrians against sexism and Afghan refugees against sexism. There was a heavy police presence.

DW's Felix Tamsut, who witnessed the demonstration, estimated about 4000 people were there.

"Generally speaking it seemed like a peaceful protest by all involved," he said.

The demonstrations took place in the same area where, on New Year's Eve, an unknown number of young men in a thousand-strong crowd targeted mostly women in a series of thefts, physical, verbal and sexual attacks. Investigators in Cologne say they have received about 1,120 criminal complaints from victims.

That incident sparked widespread outrage in Germany and fuelled anti-migrant and refugee sentiment after it emerged that most of the suspects were from migrant backgrounds. Earlier this year some of the demonstrations in Cologne following the New Year's Eve attacks descended into scuffles.

"We are of the opinion that our feminist perspective can only be anti-racist and anti-capitalist," the group wrote on its website. 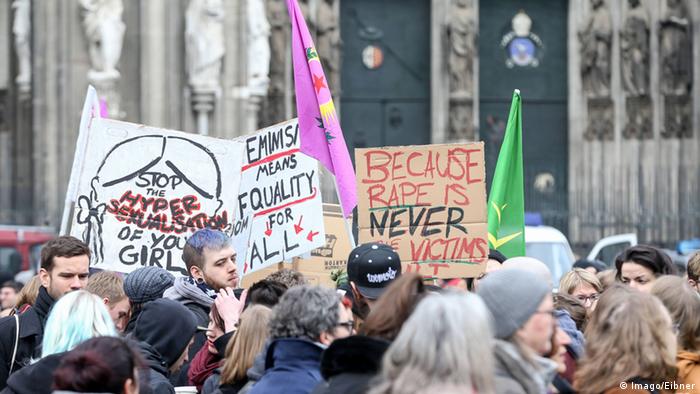 No change in sight for German media ethics

Should the nationality of culprits be disclosed in reports about criminal offenses? The thefts and sexual attacks in Cologne at New Year have brought the issue to the attention of the German Press Council once again. (10.03.2016)