Algerians opposed to a fifth term for President Abdelaziz Bouteflika have staged rallies ranked as the largest since the 2011 Arab Spring. Largely peaceful protests in Algiers ended in scuffles with police. 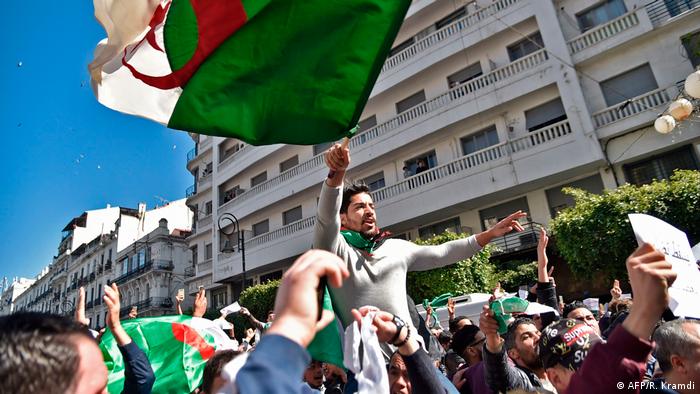 Large crowds also gathered in cities such as Oran, Tizi Ouzou and Constantine in a protest organized by a movement called Mouwatana, or Citizenship, ahead of April 18 elections.

After most demonstrators had dispersed in Algiers, several hundred dissenters faced off with police near the presidential palace. Clashes resulted in several people being injured, according to foreign news agencies. 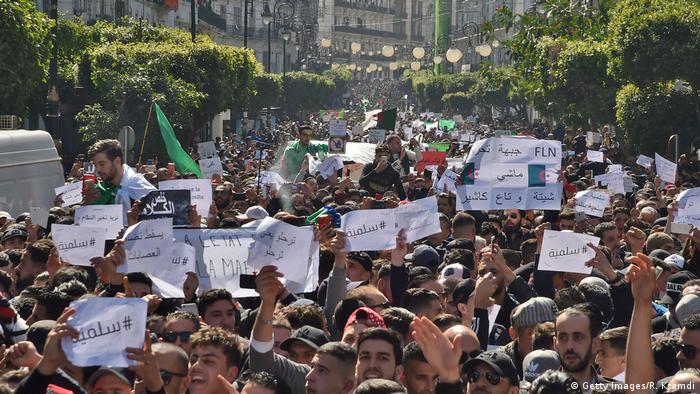 'Leave means leave' and 'peaceful' on Arabic placards in Algiers

Bouteflika, who has been in office for two decades and turns 82 on Sunday, has rarely been seen in public. He suffered a stoke in 2013 and was reportedly in Switzerland on Friday undergoing medical checks.

His opponents claim he is no longer fit to lead the country and that it is being ruled by the nation's omnipresent intelligence service elite. His advisers in turn claim that he retains a firm grip on politics.

Despite a record number of would-be presidential candidates, observers say Algerians are likely to vote for him again to avoid political instability.

Picked for a fifth candidacy by his FLN party, he also has endorsement of some trade unions and business groups.

Sociologist Nacer Djabi told the Associated Press that the spread of the protests, which included women, young people, secularists and Islamists, was exceptional.

"All of society is here … the powers-that-be should make some conclusions starting tonight," he said.

Bouteflika entered office in 1999 and is credited with reconciling Algerians after a decade of post-independence civil war and stamping out an Islamist insurgency.

Lower oil prices have weakened Algeria's economy and made it more difficult to buy off dissent as the government did in 2011 when it expanded welfare state measures.

Half the population is under 30, with many young Algerians struggling to find paid work.

Chancellor Merkel is headed for Algeria to find ways to boost trade with the Mediterranean nation. But the complicated issue of migration will loom over her talks as Berlin looks for ways to stem irregular migration. (17.09.2018)

Algeria's legislative election on Saturday is shaping up to be a missed opportunity for democratic change. Some observers say an "Algerian Summer" of discontent is a real possibility.

Algeria held its first parliamentary election since a 2019 uprising. But the women-led Hirak movement boycotted the vote, citing repression and "old guard" networks.