Chancellor Merkel is headed for Algeria to find ways to boost trade with the Mediterranean nation. But the complicated issue of migration will loom over her talks as Berlin looks for ways to stem irregular migration. 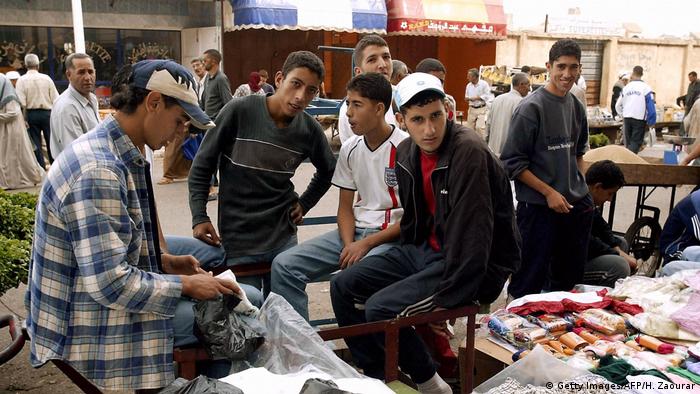 Officially, the main purpose of German Chancellor Angela Merkel's visit to Algeria is to strengthen trade relations. According to Algerian news agency APS, the visit will offer "an opportunity to take stock of the economic relations between Algeria and Germany" and to strengthen them.

And there is room for improvement. In terms of imports to Algeria, Germany ranks fifth behind China and the Mediterranean states of France, Italy and Spain. In terms of exports — Algeria's most important are oil and gas — Germany is barely on the list.

But Merkel's talks with President Abdelaziz Bouteflika and Prime Minister Ahmed Ouyahia will likely also focus on migration. Algeria is by far the largest country in the region, bordering Mali and Niger in the south. Many migrants travel through these countries to reach the Mediterranean and attempt the perilous voyage to Europe.

These migrants aren't particularly welcome in Algeria. In July, the International Organization for Migration (IOM) accused Algeria of simply leaving people to their fates in the desert on the border with Niger, an allegation Interior Minister Noureddine Bedoui indignantly rejected.

But Algerians, too, have been seeking their fortunes in Europe, although Algerian asylum-seekers are rarely accepted in Germany. Only 2 percent are given the chance to stay, a rate similar to migrants from neighboring countries Tunisia and Morocco.

The German government has launched an effort to classify these North African states as "safe countries of origin," making it easier to return rejected asylum-seekers. Berlin hopes this move will not only speed up asylum procedures and deportations, but also send a signal to potential migrants and asylum-seekers from the region that their chances of being able to stay in Germany are low.

But the government needs the approval of Germany's federal states to make this happen. And there are several state governments that include members of the Green party, which is against such a move. The Greens have pointed out that homosexuals, members of the opposition and journalists often face persecution in Morocco, Algeria and Tunisia, and calls the safety of these countries into question.

"If we look at Germany's Constitutional Court requirements in order [for a country] to be considered a safe country of origin, then we have to look at how the laws are applied, what the general political situation is like, what the legal situation is like — and we can't assume that these are safe countries of origin," Barbara Lochbihler, the Greens' spokesperson on human rights and a member of the European Parliament, told DW.

Stephan Weil, state premier of Lower Saxony, told the Funke media group that even if these countries were deemed "safe" in Germany, "the best laws are useless [...] if these countries continue to refuse to take back their citizens." Weil said there are "concrete economic reasons" why the Maghreb states often refuse repatriation, in particular because the successful migrants tend to send a lot of money back to their home countries.

This is precisely where Merkel's Africa strategy comes in, another reason for her trip to Algeria. She wants to make a contribution to Algeria's development in order to tackle the causes behind migration.

Algeria suffers from high unemployment, especially among young people. More than one in four Algerians under 30 is unemployed, and this age group accounts for more than two-thirds of the population.

Solar farms sprouting up in Algeria

Another problem is the country's one-sided economy. Even though the government has been promising for years to reduce its dependence on the energy sector and diversify its economy, little has happened.

"Our country is in need of accelerating the transition movement to an economy of knowledge and innovation," said Aliu Haddad, head of Algeria's largest business association, at a recent conference.

Oil and gas continue to account for around 95 percent of export earnings. According to the latest World Bank report on Algeria, the unemployment rate can be attributed to weak growth outside the energy sector. The report also stated that, in addition to young people, highly trained workers, especially women, have been particularly affected by joblessness.

There is also room for development in the tourism industry. In contrast to neighboring Tunisia and Morocco, Algeria isn't a tourist hot spot. And there are often complaints from foreign investors — at least those outside the energy sector — about too much bureaucracy. 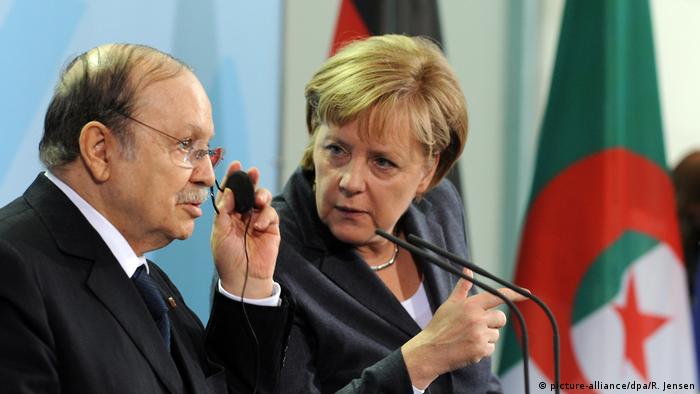 Bouteflika last visited Merkel in 2010, while Merkel's last trip to Algeria was in 2008

Stronghold of stability, at a price

On the positive side, Algeria has been a close ally of the West in the fight against Islamic extremism, and a stronghold of stability. This is in stark contrast to the failed state of Libya, for example. But Lochbihler says this stability comes at a price.

"Whenever the security forces round up or arrest opposition groups, they communicate to the outside world that this is a necessary measure, part of the fight against terrorism. But the assessment of what counts as terrorism is very, very vague," she said.

The country's stability depends not least on the health of its 81-year-old president. Bouteflika has been in a wheelchair since his 2013 stroke, and has not appeared in public for several years. Merkel's trip this week is making up for a canceled visit in February 2017, when the Algerian government called off her planned visit at short notice due to Bouteflika's "acute bronchitis."

Turkish President Recep Tayyip Erdogan has been on tour in Africa again. It is no longer about economic cooperation only. Turkey could also be much involved in the issue of security in the future. (02.03.2018)

Jews who lived in Algeria during the Vichy regime will receive compensation, said the Claims Conference. Algerian Jews were "one of the last" groups to be recognized by Germany, the organization's vice president told DW. (05.02.2018)