Personal protection for the Russian opposition leader is "necessary" a spokesman said. Doctors at a hospital where he was treated in Russia, however, have denied outside influence or the possibility of poisoning. 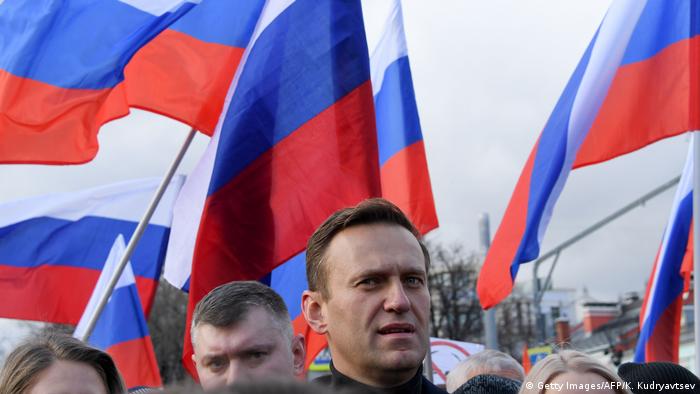 A German government spokesman said on Monday that it was likely that Russian opposition politician Alexei Navalny was poisoned.

"Because there is a certain probability of a poison attack, protection is necessary," he added.

Navalny, a fierce critic of Russian President Vladimir Putin, has been in a coma for several days. The 44-year-old was transported to Berlin on Saturday via a German-operated flight to receive treatment at the city's Charite hospital. Navalny's allies have accused Russian doctors of delaying his evacuation to Germany.

Charite spokeswoman Manuela Zingl said Navalny would be undergoing extensive diagnostic tests and that doctors wouldn't comment on his illness or treatment until they were able to evaluate the results.

Dirk Wiese, the German government's coordinator for Eastern European affairs, told public broadcaster ZDF that police posted outside the hospital are there as a precaution, and that the cause of his illness has not yet been determined.

"The circumstances of what led to Alexei Navalny's critical condition haven't yet been clarified," he said. "We expect full transparent and also cooperative clarification, especially from the Russian authorities. And before it is known how this happened, appropriate security precautions are necessary.''

Wiese said that Navalny's condition was "currently critical, but stable.''

"He is now receiving the best possible treatment,'' he added. Charite is expected to release an update later in the day.

Doctors at the Siberian hospital that treated Navalny said, however, that they had found no traces of poison in his system.

"If we had found some kind of poison that was somehow confirmed then it would have been a lot easier for us," said Anatoly Kalinichenko, a senior doctor at the hospital. "It would have been a clear diagnosis, a clear condition and a well-known course of treatment."

They also denied that they had received any outside pressure regarding his treatment.

"We saved his life with great effort and work. There was no outside influence on the care for the patient and there couldn't have been," the head doctor at the hospital in the Siberian city of Omsk, Alexander Murakhovsky, said at a news conference.

He was unconscious without any visible reasons for his condition, suggesting dozens of possible diagnoses, said Kalinichenko, according to state media. The doctors did not say specifically what they had done to save his life or what they had treated him for, but last week, they said they diagnosed him with metabolic disease possibly brought on by low blood sugar.

The activist is one of Putin's most vocal domestic critics and has organized several protests against Russian President Vladimir Putin, whom he accuses of supporting widespread corruption.