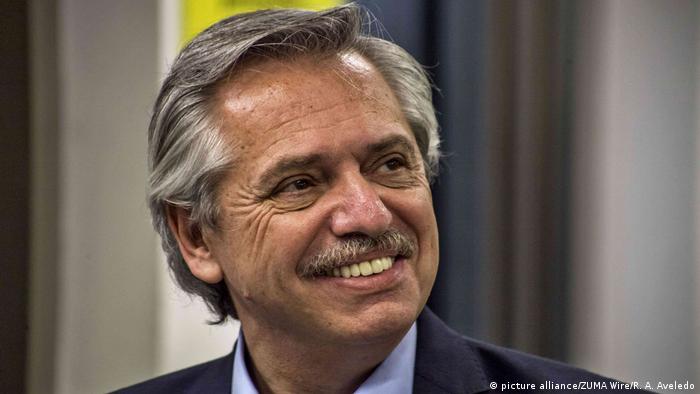 Argentina shifted to the left on Sunday as Peronist candidate Alberto Fernandez won the South American country's presidential election amid broad discontent over austerity in the crisis-stricken economy.

Fernandez secured 47.8% of the vote against conservative incumbent Mauricio Macri's 41.7%, according to preliminary results with more than 90% of the vote counted. Macri conceded defeat once it was clear his center-left challenger cleared the 45% threshold to avoid a runoff.

Macri came to power in 2015 promising economic liberalization and growth. Instead, Argentina is in a deep recession, annual inflation stands at over 50% and a third of the population lives below the poverty line.

The economic crisis became more severe in 2018 when the peso lost about half its value, forcing Macri to strike a $55-billion (€49-billion) deal with the International Monetary Fund (IMF) and impose a painful austerity program.

Many blame IMF-backed polices for leading to the country's worst economic crisis in 2001, when the government defaulted on its debt following several years of depression.

Fernandez's surprise primary election results in August sent jitters through markets worried that free-spending and state-interventionist populists may crush the market-friendly Macri and increase the chances of default.

The scandal-plagued former president's term from 2007 to 2015 was marked by a balance of payments crisis, interventionist state policies, currency controls and protectionism. She currently faces multiple corruption probes.

Fernandez has said the country would not default and suggested he would seek to "rework" Argentina's standby agreement with the IMF.

The blowback against Macri comes as the region has been rocked by unrest in Chile, Bolivia, Peru and Ecuador fueled by discontent over corruption, inequality and slowing growth.

Austrian lawmakers have rejected an EU-Mercosur trade deal, putting the fate of the project in doubt. Several European states have raised concerns about the South American trade agreement and the environment. (19.09.2019)