Albania police liaise with EU, US to arrest people smugglers

A crackdown on smugglers who enabled a thousand Albanians to enter Britain, the US and Canada has resulted in 39 arrests. Fighting crime tops Albania's agenda as it prepares for EU accession talks. 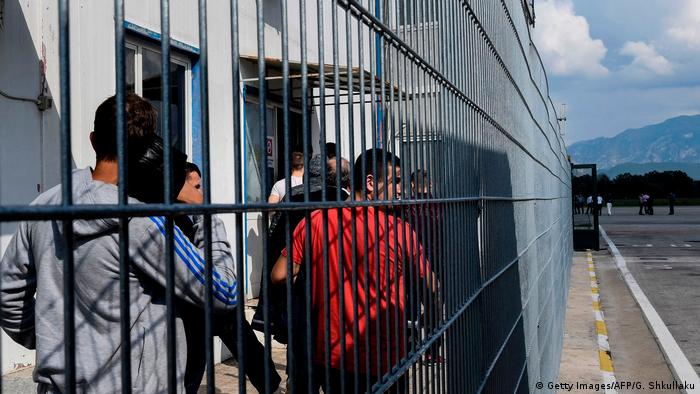 Rejected in France, Albanians return to a Tirana police station in September 2017

Police chief Ardi Veliu said Saturday his Albanian police liaising with the EU and US agencies had made the multiple arrests, but were still looking for another dozen suspects, including two Bulgarians.

For at least €8,000 ($9,800), the smuggled Albanians had obtained falsified travel and identity documents of EU countries so they could enter North America and Britain, which lies outside Europe's nominally borderless Schengen Zone.

Some had also traveled via the Dominican Republic or South American countries to gain entry to the US and Canada, Veliu added. 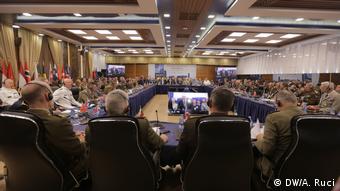 A NATO summit in Tirana in September 2017

Shaping up for accession

Fighting crime remains a key task for Albania, a NATO member since 2009, which also hopes to begin talks in June to eventually enter the European Union.

Albanian prosecutors said on Friday the mayor of Lezhe in northwestern Albania and 11 other officials had been arrested for reportedly selling public coastal land via fictitious owners in bids to earn substantial money from tourist resort developers.

They style themselves as stable and safe countries at every opportunity; nevertheless, they have yet to be admitted to the Schengen Area. Romania and Bulgaria, it seems, will remain the European Union's problem children. (20.02.2018)