Airbus is not taking the latest NSA allegations lightly. The European aviation giant has requested information from the German government and plans to press industrial espionage charges against unknown persons. 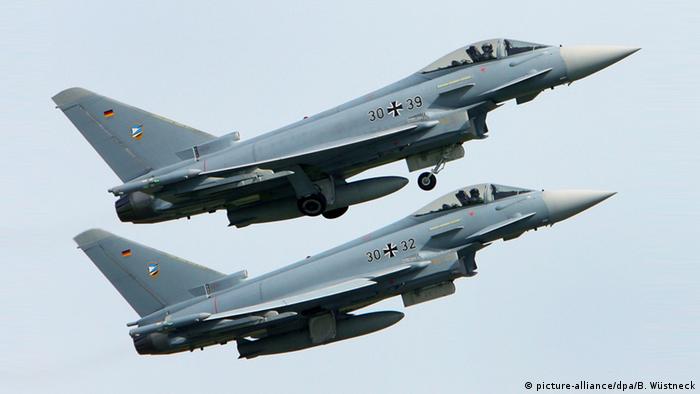 Airbus said on Thursday that it had formally requested information from the government in Berlin about how the US and German foreign intelligence services, the NSA and the BND (Bundesnachrichtendienst), spied on the aviation giant. Airbus told several news outfits that, following media reports suggesting Airbus was the target of industrial espionage, the company would be pressing charges against "persons unknown".

"We are aware that large companies in the sector, like ours, are targets of this espionage," the company said in a statement to French news agency AFP, after similar comments to German business daily Handelsblatt. "However, in this case, we are alarmed because there is concrete suspicion of industrial espionage."

The company added, however, that it did not want to speculate on the information within this week's news reports: "We have asked the German government for information. We will now file a criminal complaint against persons unknown on suspicion of industrial espionage."

Airbus was reacting to reports in the mass-circulation Bild newspaper and Spiegel newsmagazine claiming that the NSA had asked its German equivalent, the BND, to spy not just on terror suspects in France, but also on Airbus, the French presidency, and the European Commission. According to the reports, Airbus' Eurocopter helicopter subsidiary was also targeted - the French-based giant is a major player in both the military and commercial aviation markets.

The reports also alleged that the BND had informed the chancellery that Angela Merkel's mobile phone was being monitored, years before the information became public knowledge.

Bild labeled the chancellor as "hypocritical" for her critical statements when allegations from ex-NSA contractor Edward Snowden first suggested that her phone had been tapped by the NSA. At the time, she said that "spying on friends is just not on." On Thursday, asked if he agreed with this premise, European Commission President Jean-Claude Juncker simply said "yes."

A French foreign ministry spokesman, asked for comment in Paris, said only: "We are in close contact on this issue with our German partners."

Merkel's close ally and interior minister, Thomas de Maiziere, who headed up the chancellery at the time of the incidents, has come under particular pressure amid the allegations. As recently as April 14, the government told Bundestag parliament in Berlin that it had no knowledge of alleged US economic spying in Europe, or of German complicity in such acts. According to the media reports, the BND's satellite listening posts in Munich were used for the intercepts. Bild portrayed the Christian Democrat in one story with a stretching, Pinocchio-inspired nose.

Opposition parties and even the junior coalition partners the Social Democrats, who were in opposition at the time, have been highly critical of de Maiziere, Merkel, and the intelligence agencies in recent days. Merkel has skirted the subject matter of the scandal, instead saying "now the priority is to completely clear things up."