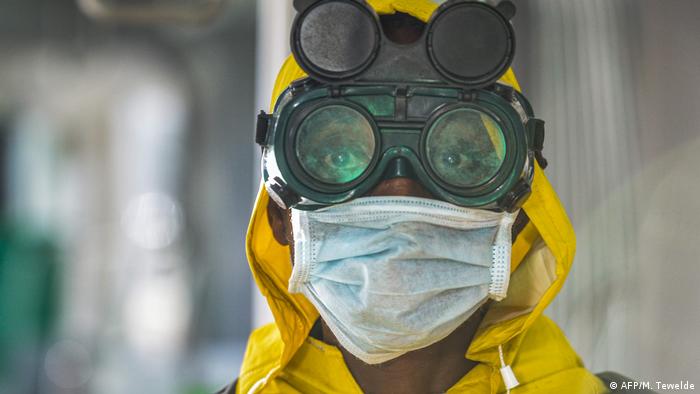 African nations are imposing strict restrictions to try to contain the spread of the novel coronavirus on the continent, which now has some 3,400 reported cases in 46 countries.

There are fears the virus could ravage communities already hard hit by conflict, poverty and poor health services. On top of this, work stoppages imposed by shutdowns also pose an existential threat to those living a hand-to-mouth existence.

Local and international organizations are scrambling to find ways to plan ahead, repurpose and be creative in how they can continue to help those most in need.

For the past three years, southern Africa has been in the grips of an unprecedented drought that has left around 45 million people in the region struggling to find enough food to eat.

Some 8.1 million more in the region, in countries such as Zambia, Malawi, Zimbabwe and South Africa, are completely dependent on food aid from the World Food Program (WFP).

Much of this aid flows through South Africa. But last week, South Africa closed 35 land crossings and two sea ports in an effort to curb the spread of COVID-19, with more than 1,000 cases reported in the country on Friday, March 27.

Goods, including food aid, can still to cross through the borders that remain open.

"At the moment [food movements have] continued as normal through South Africa," Lola Castro, regional director for WFP Southern Africa told the New Humanitarian. "What we are hoping is that the transporters will continue to be engaged and not be afraid to move around the region."

But WFP is making contingency plans in case more ports and land crossings close because of the coronavirus.

The UN agency is asking donors for funding in advance so that it can buy food and move it "before any problem happens with shipping lines," Castro is quoted by the New Humanitarian as saying. "As the airlines are closing down, we hope the shipping lines will not be affected."

In Zimbabwe, where 4 million people rely on WFP aid, the organization is also planning to stockpile three months' worth of food supplies. This would is ensure they can cover extra needs that the arrival of COVID-19 and shutdowns might bring.

"We have just received 33,000 metric tons of cereals from Mexico. This has just arrived in Beira in Mozambique, and will see us through until the end of April," Claire Nevill, WFP spokesperson for Zimbabwe told DW.

"It's like a a very finely tuned machine to get the stocks into Zimbabwe on time. And we need the maximum level of flexibility from our donors so that we are able to deliver," Nevill said on the phone from Harare.

Putting food on the table

The South African non-profit FoodForward SA is also ramping up its activities to meet the COVID-19 challenge as the country went into a lockdown at midnight on Thursday, March 26.

FoodForward SA recovers edible surplus food from farmers, wholesalers and retailers and redistributes it to a network of 670 beneficiary organizations that use the groceries to prepare meals for around 255,000 people a day.

This week, the non-profit organization launched a R50 million ($2.85 million) appeal so it can provide more food to groups deemed a higher risk, such as the elderly and those with tuberculosis and HIV/AIDS, during the coronavirus pandemic. It also wants to expand its operations from six to nine provinces.

"We have commitments of donations and material support steadily coming in," said Managing Director Andy Du Plessis. "We already have R1.5 million donated and we have a few million rand worth of food on its way into our warehouses."

Planning for corona has meant finding extra warehouse capacity nationally to store food as a backup and fast tracking application from potential new beneficiary organizations. And while it’s "been tough" getting hold of masks, hand sanitizers and other equipment that staff working with food need, Du Plessis says, they are now on their way.

The food charity expects it will be working flat out for the next few months. 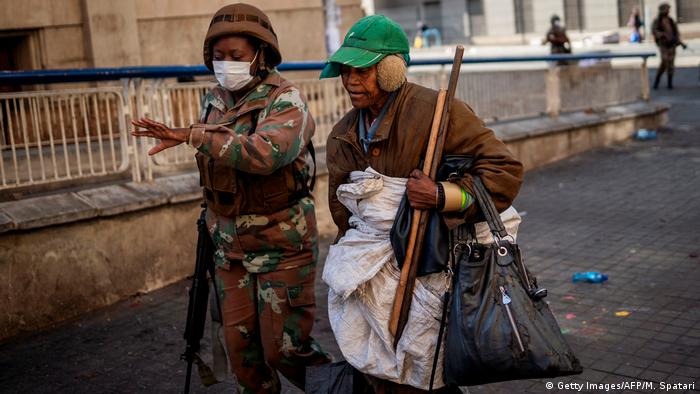 "We anticipate, given what we are seeing in other countries that the curve might not flatten within the 21 day [lockdown period imposed in South Africa]," Du Plessis told DW.

"So we are operating with that framework in mind. We estimate that things will get worse before they get better because we are far from reaching the peak of the impact."

In Kenya, the local charity Food4Education normally provides 10,000 primary school children with a subsidized lunch Monday through to Friday.

But with schools closed as of March 16, Food4Education has been working non-stop to convert its lunch project to a food aid program and find extra funding to do this.

"The children in the communities we work with, they come from a very vulnerable place," said Joan Wanjiru from Food4Education on the phone from Nairobi.

"Not many in these communities can afford to stay at home [as ordered by the government] because many are casual workers or labors. They need to go out to earn their day's fees. Of course, you can imagine how the stay-at-home order impacts their daily budget and how kids are able to eat," Wanjiru said. 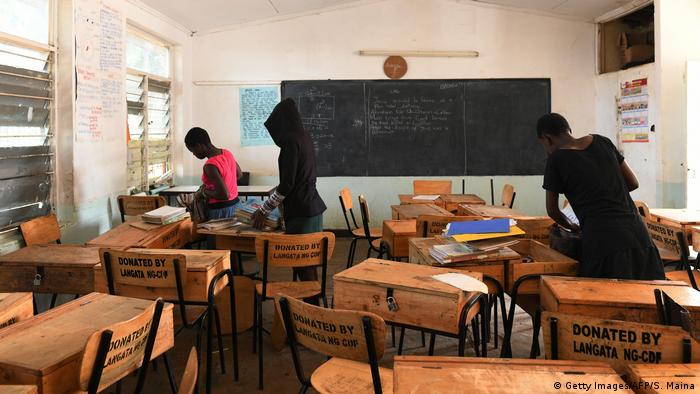 Schools have already been closed for two weeks across Kenya

Food4Education is preparing food baskets for 6,000 families whose children are normally part of the lunch program. They'll be given out next week.

"Each family has around five people per family, so we are looking at around 30,000 people," Wanjiru told DW. "The food basket will include beans, maize, rice and maize flour – 20 kg of each. That will enable the kids to access nutritious meals even though the families' budgets have been stretched."

The lockdowns around the world have hit some aid organizations harder than others.

"Also within Africa, the borders are closed and we cannot fly from one country to another."

On the one hand, he said on the phone from Cameroon, this is an enormous challenge because MSF currently can't count on help from Europe. On the other hand, Boum says, it's a chance for African experts to fill the gap.

"It is a great opportunity as well to empower even more Africans to respond and be empowered," he said.

As the world prepares for an economic recession of what experts say could be epic proportions, Africa is doing its best to lessen the impact. Much will depend on the willingness to help the most vulnerable continent. (24.03.2020)

The corona pandemic has pushed more than a million people in Spain into poverty. More and more people are relying on support from Cocina Economica, a charitable organisation in northern Spain. Human Rights Watch says the government has failed.