The Syrian army has resumed airstrikes on Aleppo, killing at least 32 people while apparently also targeting aid deliveries. A weeklong ceasefire had been declared over just hours earlier. 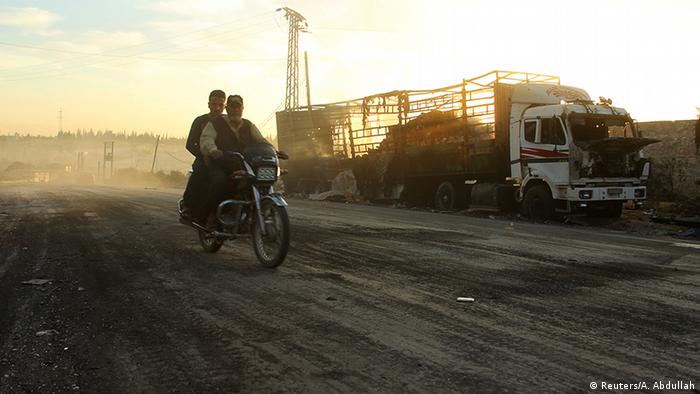 The besieged Syrian city of Aleppo witnessed a number of airstrikes, hours after the Syrian army declared the end of a ceasefire brokered by the US and Russia.

The Britain-based Observatory for Human Rights reported on Monday that among the dead were at least 12 people who had been killed in an attack that reportedly hit a convoy of aid trucks. The monitoring group could not confirm the definite number of casualties.

The UN confirmed the attack on the aid convoy, noting that 18 trucks were hit during the strikes. Aid agencies, including the Syrian Red Crescent (SARC), had said earlier they were carrying out deliveries in the Aleppo region.

"Unfortunately, we have received a devastating news about one of the SARC structures in rural Aleppo coming under attack," said Ingy Sedky, a spokeswoman for the International Committee of the Red Cross.

"The situation on the spot is very chaotic and we are deeply shocked that humanitarian workers and missions have yet again suffered from the brutality of this conflict," Sedky added.

The United Nations Special Envoy for Syria, Staffan de Mistura, meanwhile voiced outrage at the attack on the aid convoy: "Our outrage at this attack is enormous" de Mistura said in a statement. "The convoy was the outcome of a long process of permission and preparations to assist isolated civilians."

UN aid chief Stephen O'Brien called for an investigation. "Let me be clear: if this callous attack is found to be a deliberate targeting of humanitarians, it would amount to a war crime," he said. A Syrian Arab Red Crescent (SARC) warehouse was also hit and a health clinic was reportedly damaged, O'Brien said. 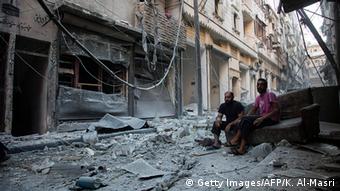 US tries to save ceasefire

For his part, US Secretary of State John Kerry scrambled to try to salvage the truce: "We have not had seven days of calm and of delivery of humanitarian goods," Kerry said.

The State Department said it was prepared to extend the ceasefire window in the hope that if it held, the US and Russia could then turn to their planned military cooperation against militants of the so-called "Islamic State" (IS) and al-Qaida-linked groups. 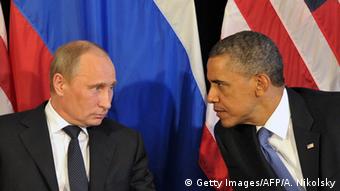 The US-led anti-IS coalition has been blamed for the deaths of more than 60 Syrian soldiers during an airstrike that hit a Syrian army outpost in the east of the country, thus further complicating the ceasefire. The US expressed regret for the airstrike, saying that IS was the target of the airstrike.

Turkish President Recep Tayyip Erdogan meanwhile repeated his call for establishing a no-fly zone in Syria's north. The idea of a no-fly zone has already been rejected by policy makers in Washington who say that it is too difficult to implement, taking Russia's air campaign into consideration.

Turkey recently sent troops into northern Syria to take territory from IS as well as from Kurdish fighters. Turkey now controls territory in Syria that it could turn into a safe zone, if it were committed to sending further troops across the border.