The Syrian army has accused 'terrorist groups' of undermining a ceasefire brokered by the US and Russia. The 'cessation of hostilities' aimed at securing peace talks for a political solution to the five-year conflict. 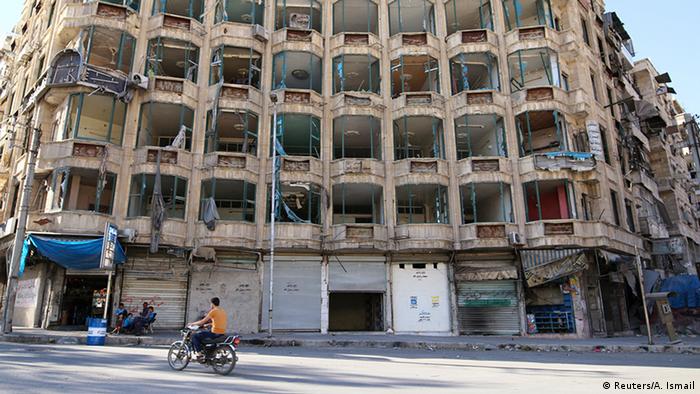 The Syrian army on Monday unilaterally declared an end to a US-Russia-brokered ceasefire that witnessed days of calm across the conflict-ridden country. Syrian officials cited repeated ceasefire violations allegedly carried out by US-backed rebels.

The US has admitted that a coalition airstrike may have killed scores of Syrian army soldiers amid a fragile ceasefire in Syria. Russia has demanded "full and detailed explanations" at the UN Security Council.

"Syria's army announces the end of the freeze on fighting that began at 07:00 pm (1600 UTC) on September 12, 2016 in accordance with the US-Russia agreement," said a statement from the military carried by Syria's state-run SANA news agency.

The military blamed "armed terrorist groups" - a term it reserves for rebel groups fighting in the country - for undermining the "cessation of hostilities" and using it to bolster their positions in preparation for attacking government targets. More than 300 ceasefire violations were recorded, the army said.

"The (Syrian) armed forces confirms its intention and determination to continue … fighting terrorism to restore security and stability to Syria," the army statement added.

The announcement comes after the Pentagon confirmed that coalition warplanes struck Syrian army positions while attempting to fight the "Islamic State" militant group operating in Syria.

At least 80 Syrian soldiers were killed by the US-led coalition airstrikes on Saturday, with British forces involved in the operations.

"Coalition forces believed they were striking a Daesh fighting position," the Pentagon said in a statement, referring to the militant group by its Arabic acronym.

"Syria is a complex situation with various military forces and militias in close proximity, but coalition forces would not intentionally strike a known Syrian military unit," the statement added.

But President Bashar al-Assad described the airstrikes as "blatant American aggression." The incident cast doubt on the fragile ceasefire between rebel groups and government forces, prompting a sharp rebuke from Russia.

Meanwhile, US State Secretary John Kerry, who brokered the deal with his Russian counterpart Sergei Lavrov, said that Russia failed to uphold its side of the bargain by enforcing the truce and pressuring the Syrian government to halt its attacks.

Kerry noted that US officials were "meeting now with the Russians in Geneva. That process is continuing and we'll see where we are in the course of the day."

But Russia's Defense Ministry appeared to dismiss the possibility of renegotiating the ceasefire in the wake of Damascus' announcement.

"Considering that the conditions of the ceasefire are not being respected by the rebels, we consider it pointless for the Syrian government forces to respect it unilaterally," said Russia's Lieutenant General Sergei Rudskoy in a televised statement.

More than 250,000 people have been killed and half the population displaced since the conflict erupted five years ago.

Fighting broke out in 2011 when government forces launched a brutal crackdown on peaceful protesters calling for President Bashar al-Assad to step down.