After Trump′s loss: What does the future hold for Republicans? | Americas | North and South American news impacting on Europe | DW | 13.11.2020

After Trump's loss: What does the future hold for Republicans?

He might not want to see it — yet — but Donald Trump's presidency is coming to an end. Republicans now have to choose whether they want to continue down the populist path or return to more conservative values. 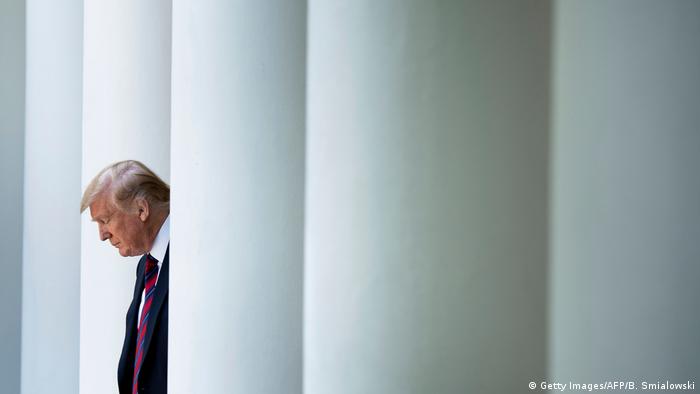 Donald Trump has lost the US presidential election. Come January 20, 2021, there will be a Democratic president in the White House. Despite experts saying that the recounts are not going to make a difference and that the legal challenges are baseless, Trump is refusing to recognize his loss, and so are several of his high-level Republican friends.

"President Trump is 100% within his rights to look into allegations of irregularities and weigh his legal options," said Republican Mitch McConnell, the Senate Majority leader, on Monday in a speech on the Senate floor.

Secretary of State Mike Pompeo took it a step further in a press conference Tuesday.

"There will be a smooth transition to a second Trump administration," Pompeo said with a laugh.

"It's reckless and irresponsible to say this, jokingly or not," Laura Merrifield Wilson, assistant professor of political science at the University of Indianapolis, told DW.

The confirmation from the highest levels of government that the election isn't over has encouraged Trump voters as well. They have staged protests across the country and are planning a "Million MAGA March," referring to Trump's "Make America Great Again" slogan, in Washington DC on Saturday.

The continued support from party officials and regular people all over the US begs the question in which direction the party will go once Donald Trump is no longer president. An ardent Trump supporter, come what may: Secretary of State Mike Pompeo

Not going back 'to pre-Trump ways'

In the four years that he has been president, Trump has changed the Republicans, from socially conservative to populist leaning. There are still old-school conservatives, who have publicly voiced their disapproval of Trump's policies, like John Kasich, the former governor of Ohio. But experts say they are not in the majority.

"If you look at Republicans in Congress, there are fewer John Kasichs and more Jim Jordans," said J. Miles Coleman, a political analyst with the University of Virginia Center for Politics. Jordan is a member of the House of Representatives and an ardent Trump supporter, who was part of the president's defense team in this year's impeachment trial.

Coleman adds that in the 2018 midterms, several "mainstream Republicans" retired and made way for "hardcore Trumpists" who took over their House and Senate seats. "I don't think the party is going to go back to pre-Trump ways."

This year's election appears to confirm that, despite the president's loss.

While Joe Biden won the presidential race, Republicans picked up a lot more seats than predicted in both chambers of Congress, beating several Democratic incumbents.

"Look at the Senate and House races: They went much better [for the Republicans] than expected," Wilson said. "They can't abandon the populist path now, it resonated with voters."

Coleman agrees and points out that Trump still holds a lot of sway over his party and that many Republicans are weary of attracting the ire of him and his millions of social media followers.

Holding on to Trump voters

Even when Republicans stick to what they have been doing, it's not guaranteed that the more than 72 million Americans who voted for Donald Trump in the 2020 election will continue to support the Grand Old Party.

"I think Trump has widened the base of Republicans. He spoke to voters who hadn't voted before, people who felt they weren't heard and didn't have their views represented before. He brought them over to the Republican party," Wilson said. "It will be interesting to see whether [these voters] stick with the Republicans or go back to not voting. Are they loyal to Trump only, or to the Republican Party?"

Another group that Republicans will be keen to hold on to that they weren't overly successful with before Trump: Voters of color.

"Republicans used to be the party of white people," Coleman said. "But President Trump has made inroads with Latinos in places like south Texas and Florida."

According to US census figures, in 2019, non-whites and Hispanics made up the majority of Americans under the age of 16. With these changing demographics in the US, it would be crucial for Republicans to hold on to and deepen these inroads if they don't want to face a drop in voters in the medium- to long-term future.

A dynasty, a TV network — or another run

As for the president himself, it remains unclear what his next steps will be — hardly a surprise for those who have followed the unpredictable president for the last four years. According to news website Axios, Trump has told his advisors privately that he is considering a 2024 run for president. Under the US Constitution, a president can serve two terms, but they need not be consecutive.

"I don't think he's going away," Coleman says. "He'll keep being a player in the Republican party."

There has been speculation, too, on whether Trump might start his own TV channel, after Fox News fell out of favor with the president. 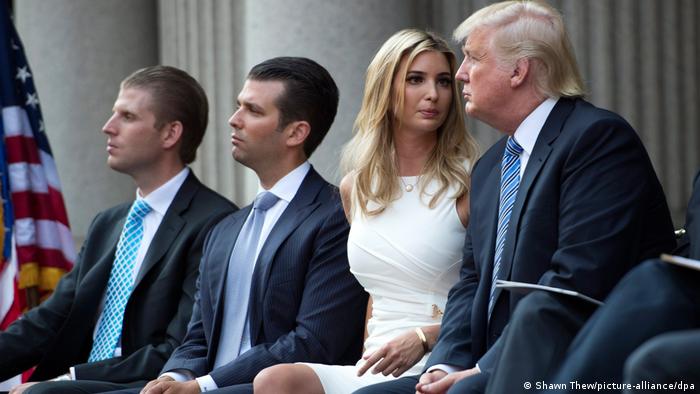 Will Ivanka Trump or one of her brothers return to the White House as president?

A third option: Instead of running again himself, some pundits are suspecting Donald Trump could support one of his children in running for president.

His three oldest children, Donald Jr., Ivanka and Eric, have all advised their father in policy questions, to varying degrees. While both Donald Jr. and Eric have participated in their dad's reelection campaign, it was their sister who was most visible, giving the speech introducing her father during the Republican Convention in August. Since 2017, she has held the title of "presidential advisor."

"Ivanka has certainly shown an interest in politics," Wilson said. "And political dynasties exist for a reason: The name recognition works well with voters. Look at the Kennedys, the Bushes and, going further back, the Roosevelts."

Whether the outgoing president will run again himself, support his children's political ambitions or start a TV network  it is unlikely that the name Trump will disappear from the headlines any time soon.

The former US president allegedly tried to grab the steering wheel in a limo after being told he could not join his supporters. A secret service agent was forced to restrain him, according to the testimony.