Africa: After the drought comes the flood 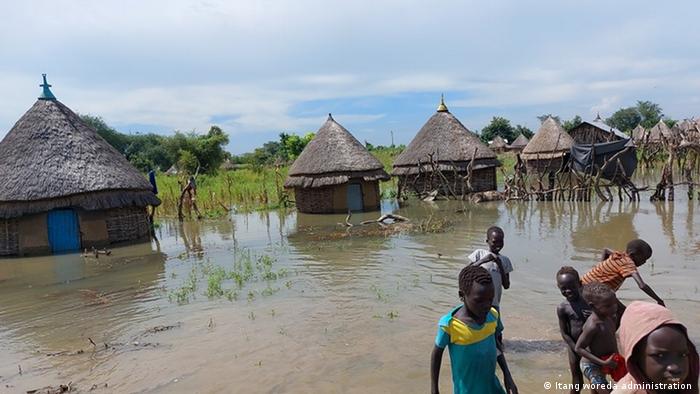 The flooding in Nigeria is extreme. Houses have been swept away, more than 300 lives have been lost and more than 100,000 people are displaced, according to the authorities.

The National Emergency Management Agency (NEMA) says the floods are the worst in decades and has warned that the situation could deteriorate further.

Speaking after an emergency meeting on Monday, NEMA Director General Mustapha Habib Ahmed said the flooding was a result of regular rains since July.

The Niger River and its largest tributary, the Benue, have been carrying immense amounts of water. Experts say that several dams in Nigeria and neighboring Cameroon could overflow in the coming weeks. 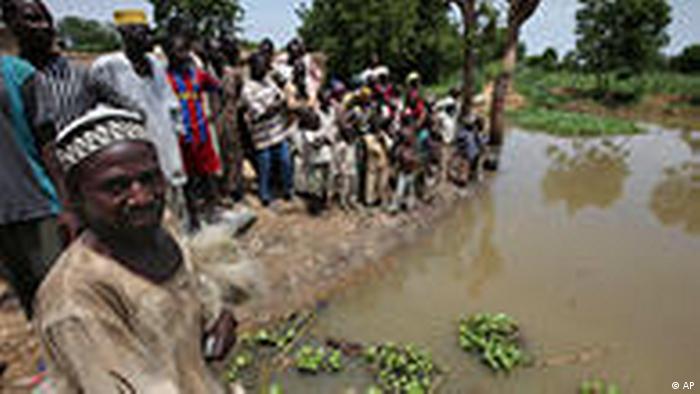 Experts are warning that floods could exacerbate hunger in Nigeria

Three of Nigeria's northern states are particularly affected by the flooding: Yobe, Adamawa and Borno.

Yerma Ahmad Adamu, a senior physician at Yerma Memorial Hospital in Maiduguri, the capital of Borno State, is dissatisfied with the government's response.

The call by NEMA and neighboring states for people to evacuate to high-lying places and stockpile foodstuffs came too late, Adamu said in a DW interview.

Authorities had warned of the floods six months ago, Adamu said. But concrete forecasts about the extent were lacking, although they would have helped those now affected to prepare better.

"People need to boil water, and health centers should have zinc oxide ready — that's given to children and adults to protect them from diarrhea — plus a combination of salt and water," the physician told DW.

Across Africa, extreme weather events have increased in recent years, with sometimes devastating consequences. A recent report by the World Meteorological Organization (WMO) points to severe flooding in South Sudan, Nigeria, the Republic of Congo and the Democratic Republic of Congo in 2021 — and extreme drought that led to forest fires, particularly in northern Africa.

Only 40% of Africa's population currently access early warning systems to protect them from extreme weather and the effects of climate change, according to the WMO.

As a key task for the future, the WMO recommends intensified cross-border cooperation, data and expertise-sharing, as well as more investment in  climate change adaptation.

Approaches to this have been in place in West Africa for decades. For example, the Niger Basin Authority (ABN) has been bringing together nine states affected by the Niger River system since 1980.

At around 4,200 kilometers (2,600 miles), the Niger is Africa's third-longest river. Some 160 million people live along its banks. They depend on its water but have to live with its risks.

"In times of drought, the vegetation cover is attacked, and the land is exposed to wind and rain. Then, when there is heavy rainfall, the runoff water washes sand and rain with it. The riverbed silts up, and the river can no longer carry the large volumes of water," Bakayoko said.

In order to cope with the risks, riverside states have set up a measuring system that records water levels and outflowing water volumes, and maps which water levels can be expected when and where. The German Society for International Cooperation (GIZ) provides support in this regard.

Flood maps generated from the data also allow conclusions to be drawn about when and where the population should be evacuated.

However, implementing the recommendations drawn from this analysis is not always possible in the Niger Basin. Some states simply cannot afford the costs, according to Rudolph. despite contributing significant sums.

A number of commissions in Africa work similarly to the ABN, Rudolph told DW. These include the Nile Basin Initiative and commissions for Lake Victoria in East Africa, the Okavango in southern Africa or the Volta River system in Ghana and Burkina Faso.

But there is room for improvement, Rudolph told DW. Floods could be mitigated with larger dams. "Three are being planned and already built on the Niger. With retention basins that prevent the runoff of water masses in the rainy season from being as violent as it often was in the past."

No matter how great the efforts to regulate water masses, the effects of climate change will increasingly force people to adapt. The WMO report comes to this conclusion, as do experts interviewed by DW.

Especially in the face of a growing population, a sustainable plan for urban development is essential, says Issa Bakayoko: "Such a plan must define the flood-prone areas and keep them free as catchment areas, so it must not make them available for people to live in." If countries can do that, he says, it could drastically reduce the impact of flooding.

Antonio Cascais and Al-Amin Suleiman Mohammad in Nigeria contributed to this article.