Afghans of two minds over German withdrawal | Asia| An in-depth look at news from across the continent | DW | 15.11.2012

Germany has announced plans to speed up the withdrawal of its soldiers stationed in Afghanistan. Afghans in the north, where German troops are primarily stationed, are not sure whether it is a good or bad thing. 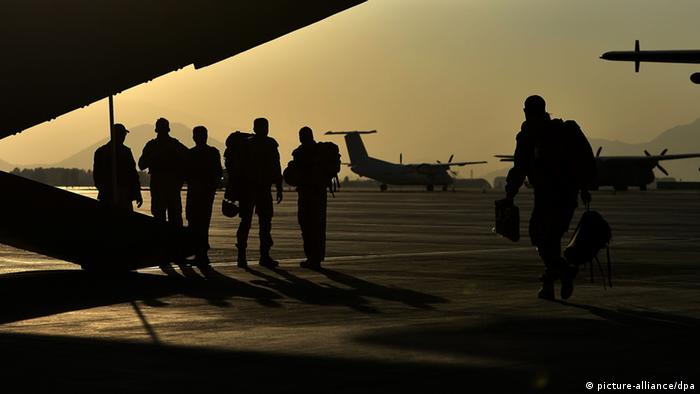 German Defense Minister Thomas de Maiziere and Foreign Minister Guido Westerwelle announced Wednesday in Berlin that 1,460 German Bundeswehr soldiers will come home by the end of February 2014. That will mean a reduction of German troops stationed in Afghanistan by about a third, from 4,760 to 3,300. The cabinet is due to vote on the plan on November 28. The Bundestag will make the final decision in January.

For the people of Afghanistan, the question remains whether or not Afghan security forces will be able to take full control. Akhtar Sohail, a resident of northern Afghanistan, where a large portion of the Bundeswehr's soldiers are stationed, was not so sure.

"The north has often been prortrayed by the media as having a good security situation - better than in the rest of the country. But things have started to change recently; it has become apparent that the north is losing control over its security," said the 25-year-old writer. 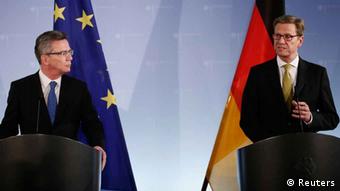 The withdrawal is in line with the NATO withdrawal from Afghanistan, which is set to be finished by the end of 2014. Many residents of Mazar-i-Sharif, near the Bundeswehr's military base "Marmal," are of two minds over their future. Bejan, a 25-year-old law student, for example, is confident the Afghans will manage the security situation after the withdrawal with ease.

"From the very beginning, foreign security forces have not had much effect in the north," he says. "The north has been primarily under control of Afghan authorities. I don't believe that a withdrawal or a reduction in the number of troops there will change anything. The south, on the other hand, is another matter."

Political expert Qayum Babak said the announcement that international forces troops will withdraw by the end of 2014 would itself have fatal consequences.

He pointed out that a statement that Germany will reduce its number of troops was not really anything new. And, while the Bundeswehr was not largely involved in the combat missions, its presence had "more of a symbolic impact as it gave the Afghan forces some extra support."

The reduction in the number of troops in northern Afghanistan alone would not have a great impact on the Afghan War, said the political expert. The merchant Sayed Mujtaba Hossaini from Mazar-i-Sharif was of the same opinion; he said the psychological impact of the withdrawal would be the most prominent factor: 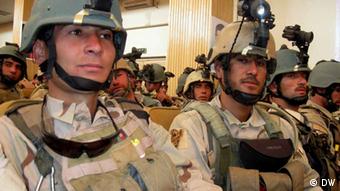 "The German soldiers will withdraw according to plan and Afghan soliders will have to fill that void. I don't think that will be a great problem. But from the psychological point of view, it is. The presence of foreign troops makes the people feel safe."

The last 30 years of war has seen a number of soldiers come and go in Afghanistan. But the Afghans want only one thing, said Hossaini: peace. The Bundeswehr's new Afghanistan mandate will go for about 13 months, meaning it will end right before Afghanistan's scheduled April 2014 presidential election. That will also be a great challenge for the democratic development of the country.

Pakistan has released several Afghan Taliban prisoners to "facilitate the peace process" in Afghanistan. However, experts say this should not be mistaken for a change in Islamabad's Afghanistan policy. (15.11.2012)

NATO holds the line on Afghanistan

NATO has confirmed its commitment to an orderly end to its mission in Afghanistan and to continuing in an advisory role. But in Kosovo, NATO is considering change to relieve its overstrained troops in the north. (10.10.2012)