The situation along the border between Afghanistan and Iran remains tense as more and more Afghans, including soldiers, flee to escape the Taliban offensive. 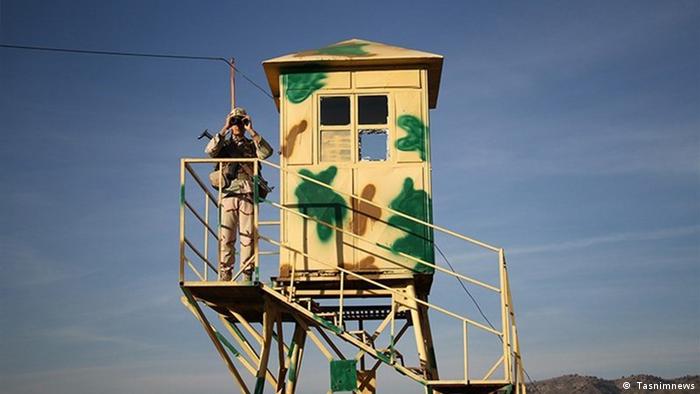 Iran has been beefing up its military presence along its border with Afghanistan since early May when US-led foreign troops began their complete withdrawal from the war-torn nation and the Taliban started an aggressive offensive against Afghan government forces.

Since last weekend, Iranian border guards have been on constant alert as Taliban fighters stand guard on the other side of the border.

The Taliban currently control more than half of Afghanistan's approximately 400 districts and also several provincial capitals. According to the UN refugee agency UNHCR, nearly 250,000 Afghans have been internally displaced due to the latest bout of violence.

Many people, including soldiers, have fled toward Iran to seek refuge.

On August 6, the Taliban captured Zaranj, the capital of Nimruz province, which borders Iran. Immediately afterward, an entire convoy of military vehicles carrying Afghan army soldiers fled across the border.

Until early June, Iran had deported fleeing Afghan soldiers back to Kabul. The Afghan government had officially requested their extradition, an Iranian army spokesperson confirmed in mid-July. Iran does not want conflict with the Afghan government in Kabul, nor with the Taliban.

Iran shares a 950-kilometer-long (590 miles) rugged border with Afghanistan that is difficult to secure given the tough geographical conditions in the region.

Officially, there are only three border crossings. And two of them are under Taliban control at the moment.

Iranian journalist Jila Baniyaghoob told DW that Iran has so far not handed over fleeing Afghan soldiers to the Taliban. Baniyaghoob has been working as an Afghanistan correspondent for 15 years and is very familiar with the border regions of Iran and Afghanistan.

A video posted on Twitter on August 8, for instance, showed an Iranian border guard and several Taliban discussing the fate of Afghans who fled to Iran. The Taliban could be seen demanding the Afghans be handed over.

"They are our guests. We will not force them to return," the Iranian officer replied.

Ellinor Zeino: 'Fear and concern is growing daily in Kabul'

Iranian border guards know that the tense situation along the border is being followed with great attention in Tehran and on social networks. Despite years of bilateral talks between the Iranian government and representatives of the Taliban, the Islamists are hated in Iran.

In 1998, Iran almost launched a military campaign against the Taliban. The Taliban had previously killed eight Iranian diplomats and a correspondent of the official news agency IRNA at the Iranian Consulate in the northern Afghan city of Mazar-i Sharif. The day of his assassination, August 8, is still marked as "Journalists' Day" in Iran.

Against this backdrop, many Iranian journalists openly criticize the talks between Tehran and the Taliban.

The US administration under former President Donald Trump accused Iran of supplying weapons to the Taliban to attack American soldiers in Afghanistan. Iran denied the accusations and welcomed the withdrawal of US forces from its immediate neighborhood.

For border security, therefore, an agreement with the Taliban would now be important for Iran.

Illegal border crossings and fears of a new migrant crisis

Along the 950-kilometer-long common border, there are numerous routes for illegal border crossings, used for migration, drug smuggling and human trafficking.

Afghanistan is the world's largest supplier of opium, heroin and other drugs. According to UN figures, about 84% of the world's opium production over the past five years came from Afghanistan. Some of the drugs produced there also reach Europe, via Iran.

Moreover, Afghans who do not want to seek asylum in Iran travel through the country to Turkey and further on to Europe.

To avoid a new migration crisis, Turkey has been pulling out all the stops to secure its border with Iran by building a three-meter-high concrete wall along the frontier.

Afghanistan: 'Everybody is at risk'

But building a wall on the border with Afghanistan is currently not a viable option for Iran.

Firstly, the Iranian economy has been hit hard by wide-ranging US sanctions; secondly, there are close cultural and linguistic ties between communities, like the Tajiks and the Hazaras, living on both sides of the border.

Currently, about 750,000 Afghan refugees are officially registered in Iran, while around two million more Afghans live illegally in the country.

"The situation at the border is precarious," Baniyaghoob underlined.

"There is no plan or concept for receiving the refugees. Thousands of people have fled to Iran legally, but also illegally. I am in contact with locals on the Iranian border. They are worried and ask how this will continue."

In the already economically disadvantaged border regions, people have been suffering from poverty, persistent drought and the COVID pandemic, Baniyaghoob said. Given the conditions, the situation in the region could easily get out of control, the journalist added.

"But if Iran were to close its borders, thousands of people on the other side of the border would be at the mercy of the Taliban and their atrocities."