New figures from the United Nations show a 43-percent increase in the production of opium in war-ravaged Afghanistan. Eradication rates have plummeted over the past year as a result of the Taliban insurgency. 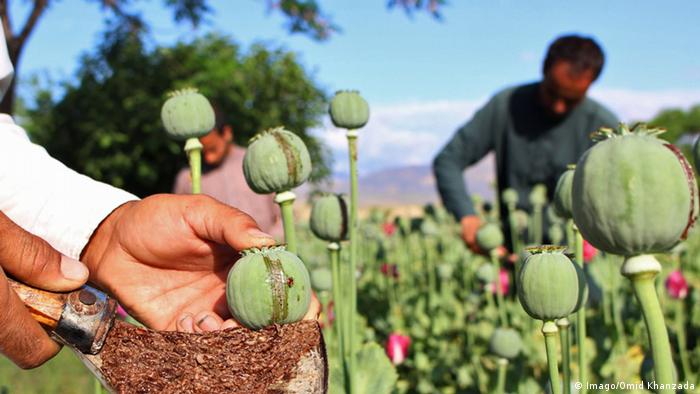 Around 4,800 metric tons of opium have been produced in Afghanistan this year, the United Nations Office on Drugs and Crime (UNODC) said on Sunday.

The latest opium survey from the UN and the Afghan government showed a 43-percent production increase compared to 2015.

Opium cultivation reached 201,000 hectares, up 10 percent from 2015. The amount grown dropped last year due to a severe drought, but had been rising for the past decade.

Eradication of opium fields has fallen 91 percent over the past year, the UNODC said, adding that the decline was mostly due to poor security in regions of the country where the Taliban insurgency is continuing.

The Islamist militant group controls many areas of Helmand province, Afghanistan's main opium producing region, accounting for nearly half of the national total.

No extermination of poppy plants has taken place in Helmand, Badghis, Kandahar or the Uruzgan regions in 2016, the report said. 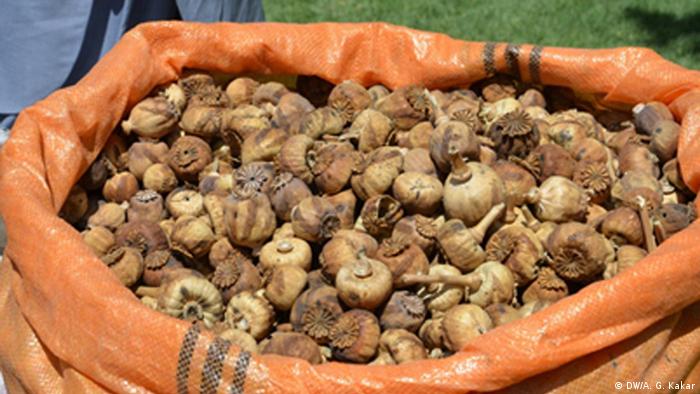 Afghanistan's is the main supplier of heroin on Europe's streets, according to the EU

The UN said logistical and financial challenges also bore some of the blame, with international donor support falling in recent years after attempts to get farms to switch to other cash crops had only limited success.

"Most of the wars in Afghanistan are financed by income from poppies and the opium produced from them. Anywhere you see poppy in Afghanistan you see fighting," said Baz Mohammad Ahmadi, deputy minister of interior for counter narcotics.

Experts believe the Taliban's war chest is being bolstered by the proceeds of the billion-dollar opium industry.

So far this year, eight people were killed and seven others injured during eradication measures, the UNODC said, compared to five lives lost and 18 injuries in 2015.

Addiction levels in Afghanistan have also risen sharply since the 2001 US-led invasion from almost nothing under the 1996-2001 Taliban regime.

A survey by the United Nations and the Afghan government has shown a drop in opium poppy cultivation in Afghanistan, the first decline in six years. The decrease comes after a decade-long counternarcotics effort. (15.10.2015)