Voting has ended in Afghanistan's presidential election amid fears that accusations of a deeply flawed vote could drive the war-weary country into chaos. Insurgent attacks on election day caused dozens of casualties. 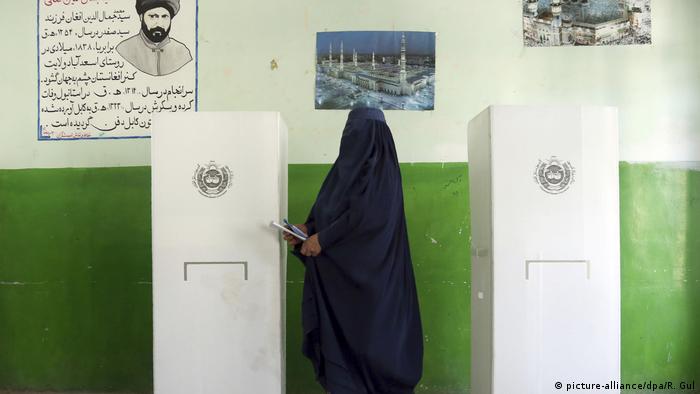 Explosions and rocket attacks caused dozens of casualties as Afghans headed to the polls on Saturday to elect a new president. Polls opened at 7 a.m. local time (0230 UTC) and closed at 5 p.m. after the Independent Election Commission (IEC) extended polling by one hour.

A hospital official in the southern city of Kandahar said 15 people were injured in the first blast inside a mosque that was being used as a polling station. A second explosion at a polling station in the Sorkh Rod district in eastern Nangarhar left one person dead and three others wounded.

Meanwhile, a rocket attack in Kunduz province killed an election observer, according to authorities.

A local official, Ghulam Rabani Rabani, said insurgents fired multiple mortars on the northern city of Kunduz in order to disrupt the election. He confirmed there had been civilian casualties, but could not give a number.

Polling centers closed on Saturday amid accusations that voting was flawed and the voter turnout was very thin. A deeply flawed election and contested result could drive the war-weary country into chaos.

Voting started amid tight security due to threats from the Taliban.

The war-torn country's Ministry of Interior Affairs said 72,000 troops would be in place to protect close to 5,000 polling centers set up across Afghanistan.

The Taliban warned that those involved in the electoral process would be attackedusing any means at their disposal.

More than 9.6 million people had registered for the election, according to the Afghan Independent Election Commission (IEC), of which about a third are women.

After voting began, Afghan election officials said they have had no contact with 901 of the 4,942 polling centers across the country.

"We sent materials to 4,942 centers, but we received some reports that only 4,041 centers are open," said Hawa Alam Nuristani, the head of the IEC, in the capital Kabul. It was not clear whether voting had taken place in these 901 centers, or they were forced to shut down by the Taliban.

Afghans also complained that voters' lists were incomplete or missing and biometric identification machines intended to reduce fraud were not working properly or people were not adequately trained on how to use them. 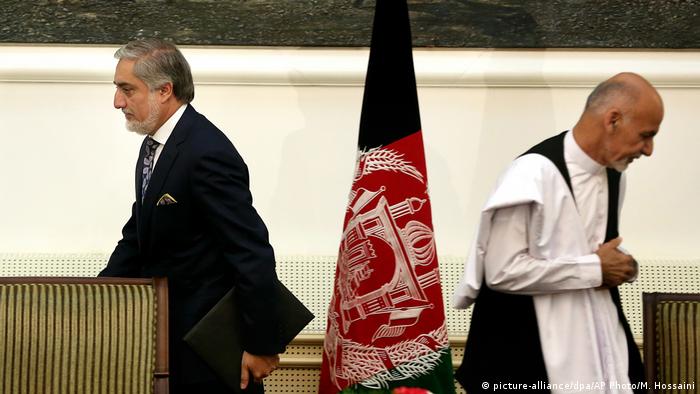 Who are the main candidates?

Eighteen candidates are registered with the IEC as presidential hopefuls, with the two favorites being current President Ashraf Ghani, and his Chief Executive Abdullah Abdullah.

To win the election outright, a candidate needs 51% of all votes. If no one gets a majority, the top two candidates will face off in a second vote. The preliminary results should be ready by October 17, nearly three weeks after the election. The final tally is expected to be announcement on November 7.

Ghani is the front-runner, although he's facing accusations of corruption and abuse of power. Abdullah is Ghani's partner in the unity government, but his biggest rival on election day.

Among the second-tier candidates is Gulbuddin Hekmatyar, a deeply conservative former warlord. Like Ghani, he's also an ethnic Pashtun. That means he, along with other minor Pashtun candidates, could take votes away from the incumbent's base and force a second round of voting.

Afghanistan has been roiled by conflict and bloodshed over the past several decades. Nearly 18 years after the US invasion of Afghanistan in 2001, the war-ravaged country remains in the grip of Islamist violence.

The Taliban now control roughly half of Afghanistan and are at their strongest since the US-led invasion ousted them from power.

Some 20,000 American and NATO forces remain in the country after formally ending their combat role in 2014. They continue to train and support Afghan forces.

More than 2,400 US troops have been killed since the US invaded Afghanistan, America's longest war.

Afghanistan was the world's deadliest war in 2018, and civilians have suffered more than anyone. More civilians were killed by Afghan and international coalition forces in Afghanistan in the first half of 2019 than by the Taliban and other militants, the UN mission said in a report released July 30.

The UN report said 403 civilians were killed by Afghan forces in the first six months of the year and another 314 by international forces, a total of 717. That's compared to 531 killed by the Taliban, an Islamic State affiliate and other militants during the same period.

The incident comes after the US ramped up airstrikes in Afghanistan, contributing to pro-government forces being responsible for more deaths than militants. Most of the dead in the airstrike were women and children. (23.09.2019)

In response to Donald Trump's decision to cancel negotiations, the Taliban have said they will carry on fighting. The group has continued to gain territory in Afghanistan, as Trump said he plans to pull out US troops. (10.09.2019)

Afghan Taliban meet with Chinese officials after talks with US collapse

A Taliban delegation has met with China's special representatives for Afghanistan in Beijing. The meeting comes after US President Trump unexpectedly called off talks with the Taliban earlier this month. (22.09.2019)