Afghan refugees in Uzbekistan live in uncertainty, facing deportation | World | Breaking news and perspectives from around the globe | DW | 03.11.2021

Rights groups say hundreds of Afghans fled to neighboring Uzbekistan to escape the Taliban. But, without official refugee status in the Central Asian country, they are vulnerable and could face deportation.

Almost every day Marina's family turns the living room carpet of their flat into a dance floor. When the music starts, her two little sons immediately bop and twist to the song, as the whole family claps along.

Marina, a 26-year-old Afghan journalist and women's rights activist, fled from the city of Mazar-i-Sharif in mid-August, along with her husband, her two small sons, her sister and her brother-in-law. Now they are in an apartment in Uzbekistan's capital, Tashkent, funded by several international NGOs. Since they left Afghanistan for Uzbekistan, they have been trying to keep their spirits up — but Marina is finding it hard to ignore what happened.

"My whole family was worried about me. Because I always wrote against the Taliban," Marina tells DW. "They were shooting in Mazar," she says of her hometown during the Taliban takeover. "We somehow miraculously got a visa [for Uzbekistan ]. They closed the border just after us."

Marina had to leave four sisters behind, as well as her parents. The journalist doesn't want her last name to be published, fearing that her relatives in Afghanistan could face reprisals for her words. And she is convinced her own activism and critical reporting would have been a death sentence for her and her immediate family under Taliban rule. "You know what the situation is with journalists in Afghanistan. We've seen them being shot, and killed and beaten. We would have stayed. But we knew that it would be dangerous. They would have found us," she tells DW.

But their worries are far from over now. Marina and her relatives hardly leave the apartment for fear they could somehow get in trouble with the Uzbek authorities or with someone who has connections to the Taliban.

Worst of all, their three-month Uzbek guest visas are set to expire next week. Uzbekistan is not a signatory to the UN refugee convention so the family haven't been given refugee status in the country.

"Now, there are two doors in front of us," Marina says of the situation. "Either we get a new life or we have to go back to Afghanistan." 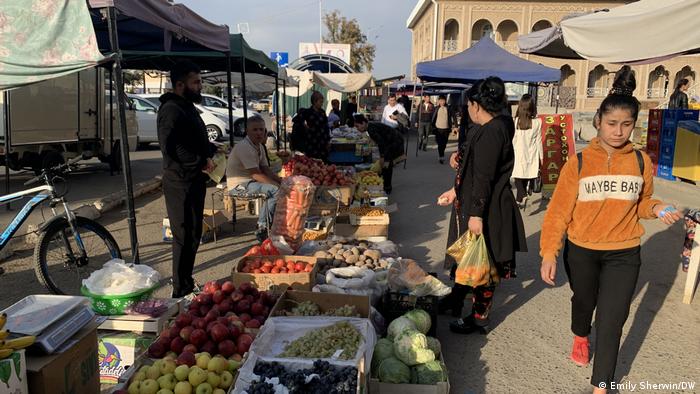 While the Uzbek government denies that there are Afghan refugees in the country, rights groups say there are hundreds

Human rights activists estimate that in Uzbekistan, hundreds of Afghan political refugees are in a similar situation. Representatives of the Association for Human Rights in Central Asia (AHRCA) tell DW that at least 2,000 Afghans have entered the country since the Taliban takeover. "Even if Uzbek law doesn't provide for refugee status, these Afghans are de facto refugees," says AHRCA President Nadejda Atayeva.

Anvar Nazirov, a civil rights activist and political analyst based in Tashkent, explains that the unclear status of Afghan refugees can make them vulnerable within Uzbekistan. And when their visas expire, they become illegal in the country, "which means they can be pressured, blackmailed or become victims of corruption." Nazirov wants the Uzbek government to allow Afghan refugees in the country to extend their visas until they get refuge in a third country. 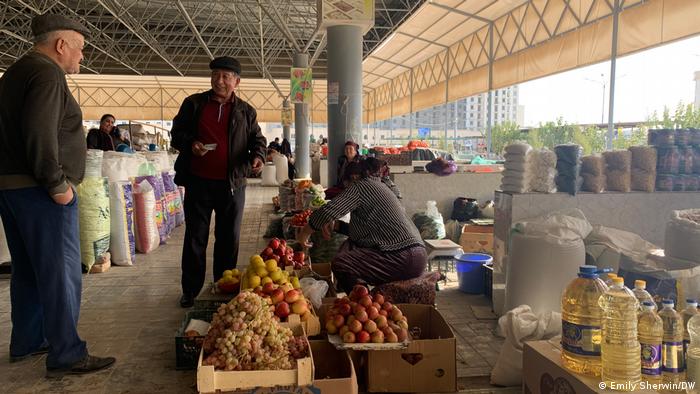 In the Uzbek media, there are reports that the Interior Ministry has said it will not deport Afghans whose visas are expiring. DW did not receive a reply confirming this from the ministry ahead of this article's publication.

Overall, the Uzbek government has made its official stance on the new arrivals clear. "There are no refugees here. We never took them on," Uzbekistan's Foreign Ministry Spokesman Yusup Kabulzhanov tells DW. "Initially, when there was a stream of people, we held talks with the Taliban. The Taliban asked [the people] to return home. Everyone voluntarily left Uzbekistan," he says.

Kabulzhanov adds that some of those who initially arrived in Uzbekistan were just using the Taliban takeover as an excuse "to search for a better life and to leave Afghanistan in the hope that Western countries and Europe will take them in."

In the city of Termez, which lies just across the river from Afghanistan, many people at the local market echo the government's rhetoric. "There are no refugees here," a woman selling household goods says from behind her stand, as her customers nod along. "There are Afghans who have been living here for many years. I know many of them." Only one customer in a brown cap tells DW that he thinks there are Afghan refugees working on construction sites here in the city.

But everyone here agrees that they trust the government's handling of relations with neighboring Afghanistan. "Uzbek soldiers are working day and night at the border to protect us. That is why we can sit here and sell our wares. We aren't worried," a nut and dried fruit saleswoman tells DW. Uzbek officials have held several rounds of talks with Taliban leadership, including in Moscow

When it comes to the new leadership across the border, Uzbekistan seems to be walking a fine line. On the one hand, Muslim-majority Uzbekistan has feared the potential radicalization of its population for years — so the Islamist leadership in Kabul is likely a worry for authorities behind the scenes. Tashkent has not officially recognized the Taliban.

On the other hand, there have also been several rounds of talks between Uzbek officials and the Taliban. Afghanistan is an important trade partner for Uzbekistan. Truckloads of cargo, including potatoes and beans, pass between the two countries through Termez every day. Uzbekistan also sells electricity to Afghanistan and plans to extend an existing railway line through the neighboring country all the way to Pakistan, giving Uzbekistan access to sea routes for goods.

"Afghanistan represents a strategic interest for Uzbekistan, when it comes to our national security, regional security — and our economic interests," the Foreign Ministry's Yusup Kabulzhanov explains. "Our assumption is that this is the reality we are dealing with at the moment," he says of the Taliban leadership. "There is no other alternative right now." 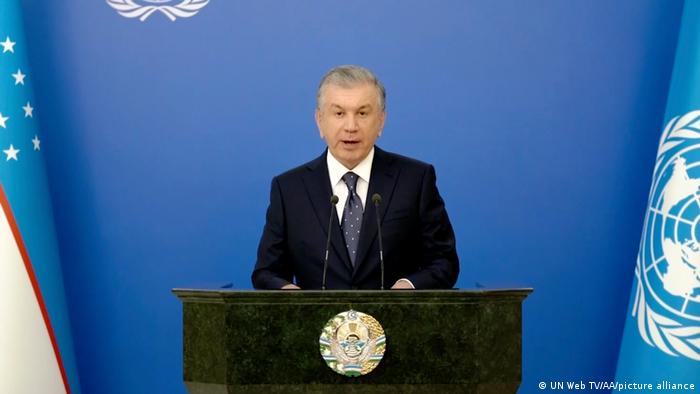 During a recent UN address, Uzbek President Shavkat Mirziyoyev emphasized the importance of peace and stability in Afghanistan

Afghan refugees in Uzbekistan have gotten caught in the middle of that geopolitical equation, according to political analyst and rights activist Anvar Nazirov. "These people's lives are in danger, they are all on Taliban blacklists," Nazirov says, emphasizing that the Afghans who fled to Uzbekistan are all political refugees — including activists, journalists and artists. "Uzbekistan hasn't officially said anything about these people. As far as I understand that is because Uzbekistan is scared of angering the Taliban and doesn't want to get involved in this situation."

Back in Tashkent, Afghan refugee Marina just hopes the current limbo will end soon for her and her family. Time is ticking on their Uzbek guest visas. She says she doesn't care where her family goes — she just knows she can't go back to Afghanistan under the Taliban.

"If I am deported to Afghanistan I will be in danger. They might just kill me and that's it," Marina says. "I just want to be able to breathe properly and not just sit and wait for our visa to end. Every morning I wake up and look at the calendar on my phone to see how many days we have left."

South Korea took in nearly 400 Afghans after Kabul fell to the Taliban. While undeniably fortunate, those people have had to rebuild their lives in a foreign country, which has not always been welcoming, and with a language they do not yet speak.