An advance by jihadist fighters is sparking an exodus of civilians, activists say. The extremist group has been making territorial gains as the first year of US-led airstrikes draws to a close. 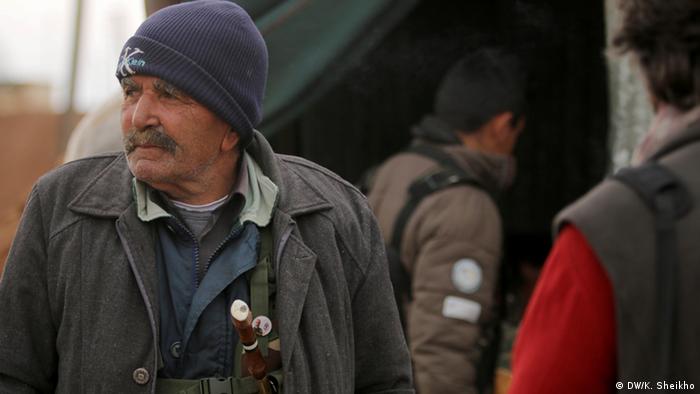 Activists issued a mass appeal Saturday to call attention to the fate of hundreds of Christian families said to be fleeing Islamist extremist fighters in central Syria.

'Islamic State' has since gained more ground in central Syria, capturing the villages of Moheen and Houreen from the Syrian army, the head of the UK-based Syrian Observatory for Human Rights, Rami Abdel-Rahman, said Saturday.

As a result, the Christian Assyrian Network for Human Rights in Syria says "hundreds of families" are imperiled by the fighters' advance.

"Now Sadad, which has a population of 5,000 people, is in danger," Osama Edward, the head of the rights network, said. He added that Sadad's residents were fleeing towards the government-controlled areas in the central province of Homs and the capital, Damascus.

IS is notorious for mass abuses against non-Sunni Muslim minorities in Syria and Iraq where it controls vast territory.

"People are living in fear in the area," Edward said.

He said many Christians around Sadad fear what happened to ethnic Yazidis in Iraq and other Christians in Islamic State-controlled territory could happen to them: Choosing between fleeing, converting to Islam or death. 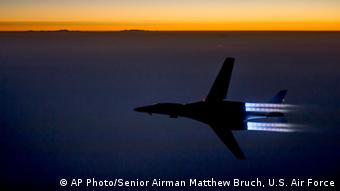 Violence perpetrated by IS prompted the US to begin airstrikes against the group exactly a year ago today. But 6,000 sorties later - in which US-led coalition airstrikes have pounded militants in Syria and Iraq - the group remains on the offensive, despite some gains by Kurdish militias and Iraqi troops.

Nevertheless, the US-led air campaign shows no evidence of slackening. The Coalition Joint Task Force reported 19 strikes on Friday, with attacks concentrated around the city of Hasaka where nine militant positions, three bunkers, a weapons cache and other targets were destroyed, the task force said in a statement.

The US military said "tactical units" near Aleppo, Raqqa and Deir al-Zor were also struck.

Similar strikes were also reported around eight cities in Iraq.

Syria's crisis, which began in March 2011, has led to the deaths of more than 250,000 people and wounded more than 1 million. Millions have fled to neighboring countries - with Turkey alone absorbing nearly 2 million refugees fleeing civil war.

Joe Biden says US would defend Taiwan if attacked by China

Deaths in Poland as Storm 'Aurore' wreaks havoc across Europe