Amnesty International claims to have found powerful evidence of systematic ethnic cleansing by the "Islamic State" jihadist group. Meanwhile, the United Nations has opted to send a team to investigate alleged atrocities. 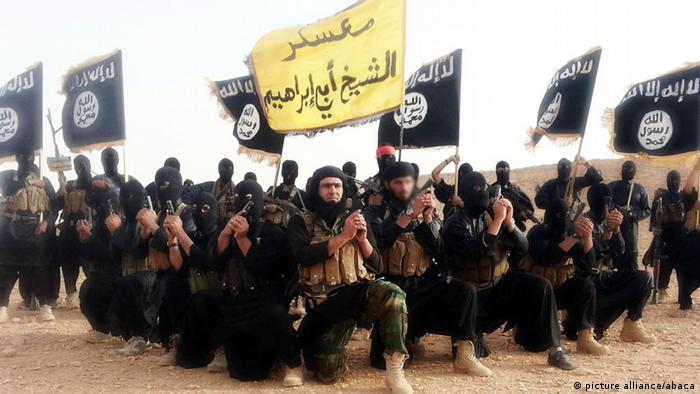 In its report - "Ethnic cleansing on historic scale: the Islamic State's systematic targeting of minorities in northern Iraq" - the group claimed jihadists had committed "war crimes, including mass summary killings and abductions." Among the methods of execution mentioned were decapitations, crucifixions and public stoning.

"The Islamic State is carrying out despicable crimes and has transformed rural areas of Sinjar into blood-soaked killing fields in its brutal campaign to obliterate all trace of non-Arabs and non-Sunni Muslims."

Amnesty said said two of the worst incidents took place in the Yazidi villages of Qiniyeh and Kocho, on August 3 and August 15, respectively.

"The number of those killed in these villages alone runs into the hundreds," it said. It cited survivors as saying that men and boys were bundled them into pick-up trucks and driven away "to be massacred in groups or shot individually"

The massacres and abductions being carried out by the Islamic State provide harrowing new evidence that a wave of ethnic cleansing against minorities is sweeping across northern Iraq," said Daniella Rovera, Amnesty International's Senior Crisis Response Adviser.

Amnesty also documented mass abductions of women and children, saying "hundreds, possibly thousands" of Yazidis were seized by IS jihadists, along with scores of men.

﻿The 47 members of the United Nations Human Rights Council (UNHRC) decided on Monday to send an emergency mission to Iraq to investigate crimes committed by IS militants in both Iraq and Syria.

The special emergency session in Geneva was called by Iraq and France and supported by the five permanent members of the UN Security Council, China, US, Russia, France and the UK.

"We are facing a terrorist monster. Acts by the ISIS threaten not only Iraq but the whole region and the world," Iraq's human rights minister, Mohammed Shia Al Sudani, told the council on Monday, referring to the IS by one of its other names.

The UNHCR, in its resolution, condemned "in the strongest possible terms systematic violations and abuses" and said that the IS' actions may amount to "war crimes and crimes against humanity."

In addition to its persecution of the Yazidis, IS is also believed to have targeted Shiites and members of the Christian community.

Kurdish fighters, Iraqi troops and Shiite militiamen on Monday continued to press their offensive against IS after breaking an IS siege of the town of Amirli, taking the nearby settlement of Suleiman Beg from the jihadists.

Iraqi forces break through to besieged town of Amerli

The Iraqi military says its forces have broken a siege by jihadist militants surrounding the town of Amerli. It is the biggest military success for Baghdad since a jihadist-led offensive began in June. (31.08.2014)