Report: US to defend Syrian rebels from Assad with air power

US President Barack Obama has decided to allow airstrikes in Syria to defend US-backed rebels, claims a Wall Street Journal report. The move could bring the US military into direct conflict with the Syrian government. 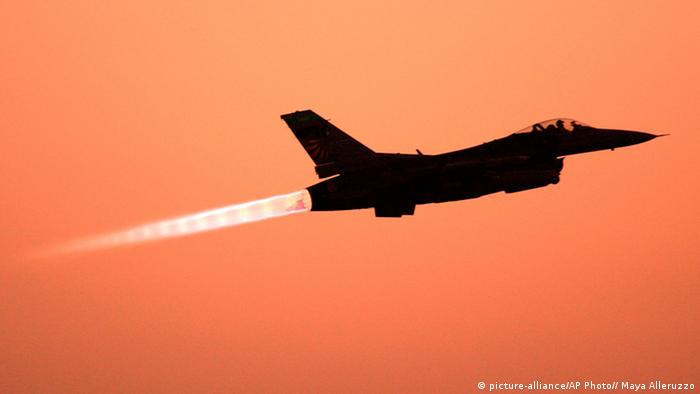 The president's decision is aimed at protecting the rebels trained by US forces from attacks, including those from the forces loyal to President Bashar al Assad's regime, Reuters news agency also reported Monday.

According to "The Wall Street Journal," which quoted anonymous US officials, the move would deepen American involvement in the Syrian conflict and could see the US military fighting against Assad's forces.

The rebels, armed and trained by the United States, are battling the "Islamic State" (IS) militant group in Syria and not Assad's army. 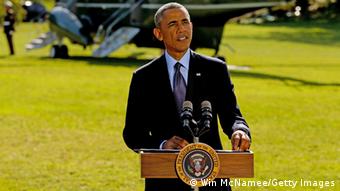 "US officials said the decision ended a months-long debate over the role the American military should play in supporting its few allies on the battlefield in Syria," The Wall Street Journal said.

The Pentagon and the White House declined to comment on the authenticity of the report. However, Alistair Baskey, the National Security Council spokesman for the White House, told US broadcaster CNN that the Syrian fighters were receiving a wide range of support, including "defensive fires support to protect them."

Pentagon spokeswoman Commander Elissa Smith said the US' military program in Syria was limited to fighting only IS militants.

"We recognize, though, that many of these groups now fight on multiple fronts, including against the Assad regime, [Islamic State] and other terrorists," Smith said.

In May, the Obama administration launched a program to train up to 5,400 fighters annually in Syria to battle IS. US media reports, however, have said that only about 60 rebels have passed security screening and successfully completed the training.

Throughout the Syrian conflict, which started in 2011, the US has avoided direct military confrontation with Assad's government. Some 220,000 people have been killed since the civil war started, according to the United Nations.

Kerry in the Middle East 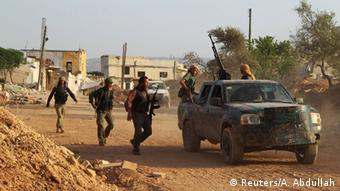 In May, the US launched a program to train up to 5,400 Syrian fighters to battle IS

US Secretary of State John Kerry is currently in Doha on a Middle East tour. He will attend a meeting of the six Gulf Cooperation Council (GCC) members and try to allay fears among America's Arab allies about Iran's nuclear deal with world powers, which was sealed on July 14 in Vienna.

The GCC foreign ministers and Kerry will also discuss the conflicts in Syria and Yemen. The US State Department confirmed that Kerry and Russian Foreign Minister Sergei Lavrov would meet on the GCC sidelines.

On Sunday, the secretary of state held talks with Egyptian President Abdel-Fattah el-Sissi and revived a bilateral strategic dialogue with Cairo that got suspended six years ago.

At least a dozen people have died after a Syrian government fighter jet crashed into a busy market in the northwestern Idlib province. Activists have said scores of mostly civilians were injured. (03.08.2015)