Some 200 environmental activists are murdered every year, many from Latin American indigenous communities. One Chilean village is searching for the truth about the death of a young mother who protested a hydropower dam. 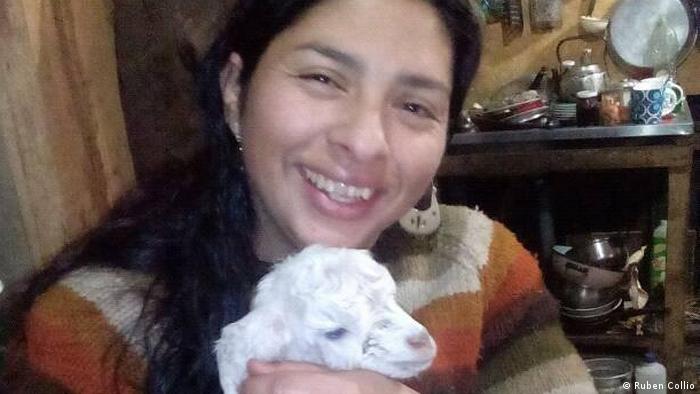 Macarena Valdés and her husband Rubén Collio were tired of city life when they decided to leave Chile's capital, Santiago, and move with their three children to Tranguil, a small village in the Andes.

Moving to the mountains, the young couple wanted to reconnect with their own indigenous roots. They reaffirmed their marriage vows in a traditional Mapuche ceremony, and Valdés soon gave birth to their fourth son, Antulen.

Valdés, a passionate and knowledgeable autodidact in the field of nutrition, botany and ecology, planted a thriving garden to feed her family on organic fruit, vegetables and herbs.

"Macarena was magic," her husband told DW. "Everything she touched, flourished. She had so much vital energy."

Their new home was in an area of stunning natural beauty that draws tourists with its lush green forests, majestic mountains and glistening lakes and rivers.

"Once we got to the mountains, we didn't want to leave," Collio says. "Macarena had always dreamed of living next to a river. It was the perfect place." 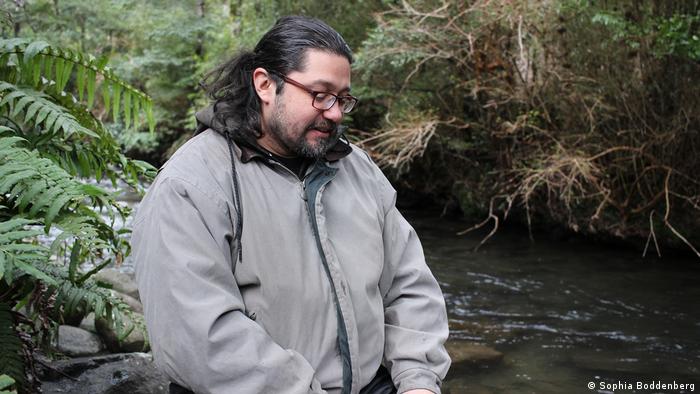 According to the company, the small run-of-the-river plant would have minimal environmental impact, and local communities would benefit from improved energy access, infrastructure and jobs.

"The majority of the people here earn $150 (€132) a month," Collio says. "The company offered them four times as much. It arrived and started to offer all kinds of things to the neighbors — money, jobs, training, roads, bridges."

But Collio says the plant isn't as ecofriendly as RP Global makes out. "The life around a river depends on its water flow," he explains. "So the run-of-the-river plants aren't ecological and they don't produce sustainable energy that doesn't contaminate."

Collio says the dam should never have been approved because of its environmental impact, and because it violates rules under which indigenous communities must be consulted before projects on their land are given the go-ahead.

Colombia: Surviving on the Rio Magdalena

An RP Global spokesperson told DW it did consult local Mapuche communities. But at least one local indigenous group says it was not consulted.

Collio is an environmental engineer and the Quilempan community asked him for legal advice. They appointed him their "werkén," or spokesperson.

Tensions heightened after the power company built a machine room on the site of an indigenous cemetery. Then, on August 1, 2016, some 150 people protested in Tranguil, blocking the main road and halting the company's work on the dam for 13 hours.

Valdés and Collio were among those demonstrating. The young mother proudly waved the Mapuche flag, a white star on a blue ground.

Three weeks later, the couple's 11-year-old son, Francisco, came home from school to find his mother hanging dead from the kitchen ceiling. The only known witness to her death was little Antulen, who was less than 2 years old at the time.

Police concluded that Valdés' death was suicide. But Collio never believed the verdict of their pathologist, and hired his own: renowned forensic doctor Luis Ravanal.

Ravanal concluded that Valdés did not commit suicide. "There is no proof to validate the diagnosis of the first autopsy that concluded it was asphyxia by hanging," Ravanal said. According to his findings, Valdés was already dead when her body was hung from the ceiling. 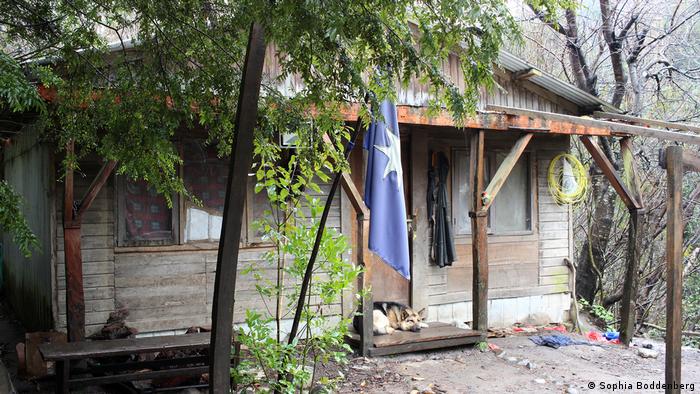 In January 2018, Ravanal submitted his results to the district attorney's office. But the attorney closed the case because of "insufficient antecedents to prove an accusation."

According to RP Global's website, both organizations signed agreements of cooperation with the company in July 2016.

Speaking to local radio, Painemilla said, "They came to my house and told me I should expel Rubén Collio from my property because he was inciting the people. They said that there were many people who wanted to harm him."

The fight goes on

As the family prepared Valdés' wake two days later, high-voltage cables for the power plant were being installed on Painemilla's property.

Today, the power plant is up and running. RP Global denies involvement in Valdés' death and the Chilean authorities have stopped investigating it. But Collio and fellow activists remain unconvinced. The two-year anniversary of Valdés death brought people from all over Chile to commemorate and protest in Panguipulli. On an altar with candles and flowers, Valdés' photo sat beside one of Berta Cáceres, the indigenous activist who fought the Agua Zarca Dam in Honduras, until her murder in March 2016.

According to a report by Global Witness, at least 200 environmental defenders were killed in 2016, and 197 in 2017, the last year for which the organization has figures.

Latin America is far and away the most dangerous region for environmental defenders, Global Witness says, and female activists are at particular risk, with many subjected to sexual violence and threats against their children.

Lorena Cabnal, an indigenous Maya-Xinka activist who traveled from Guatemala to take part in the events in Panguipulli, sees Valdés' death as an atrocity by forces that deny women and indigenous people their rights in pursuit of profit.

"We are making an international political call to condemn the patriarchal, colonialist and racist forms of neoliberal capitalism that are killing us in our ancestral land," Cabnal told DW.

Kinshasa has defended its right to declassify sections of the parks over the protests of environmental activists. The two UNESCO World Heritage sites are home to countless rare plants and animals. (30.06.2018)

Poland clamps down on environmental defenders ahead of UN climate talks