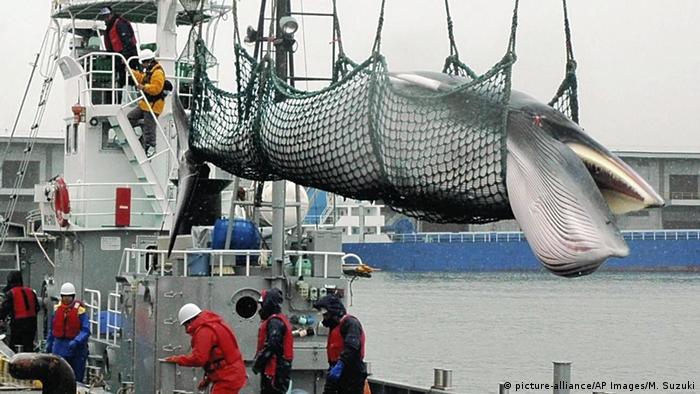 Celebrities Stephen Fry and Ricky Gervais and scientist Jane Goodall are among more than 100 activists and conservation charities calling for leaders to use the G20 Summit to confront host Japan over its plans to continue commercial whaling.

Letters have been sent to all G20 leaders, urging them to stage an "international whaling intervention" at the summit and push for an end to all commercial whaling, a group statement said.

The plea comes ahead of Japan's withdrawal from the International Whaling Commission (IWC) on Sunday before it resumes commercial whaling on Monday after more than 30 years. 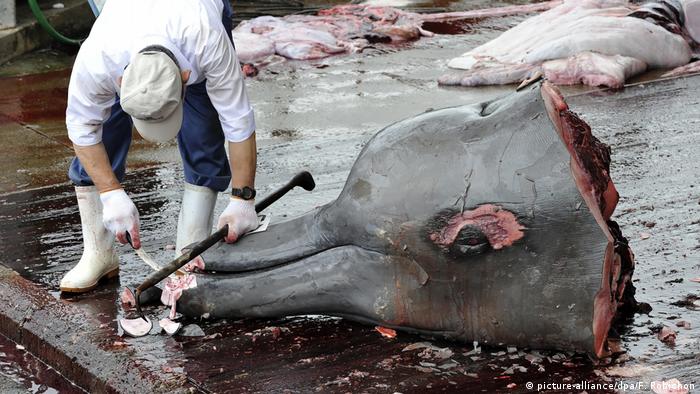 Japan has not hunted whales for commercial purposes in three decades

"This week, while one part of the Japanese government is proudly facilitating international cooperation by hosting the G20 meeting, another is quietly extricating itself from the obligation for global collaboration on the protection and management of the world's whales," said Kitty Block, president of Humane Society International, in the group statement.

Prime Minister Shinzo Abe is among those in Japan who have long pushed to resume commercial whaling.

Tokyo claims that many whale species are not endangered and argues that eating whale is a cherished cultural tradition. It has said it will stop the Antarctic research whaling that killed some 330 minke whales a year, but will hunt minkes, sei whales and Bryde's whales in its exclusive economic zone. The hunt quota has not yet been announced.

Consumption of whale peaked in the early 1960s and has been diminishing ever since. Barely 300 people are directly connected to whaling, and whale represented only about 0.1% of Japan's total meat consumption in 2016.

Hardly anywhere else on Earth is as good for whale watching as the Canary Islands in the Atlantic. DW reporter Christina Deicke went on board to get a glimpse of these marine giants in their natural habitat. (04.01.2019)

The sad sight of a orca mother carrying around her dead calf for days highlights the threat to the species as successful births plummet. Diminishing Chinook salmon stocks are largely to blame. (30.07.2018)

Russia's 'whale jail': Why 100 marine mammals are trapped in captivity

A hundred whales are being kept in a "whale jail" in icy Russia waters. Environmental groups and celebrities such as Leonardo DiCaprio are calling for their release. But their fate remains uncertain. (01.04.2019)