Oscar winner, free spirit, all round acting talent: Tilda Swinton shines in blockbusters just as well as she does in arthouse films. Now she's celebrating her 60th birthday.

Sporting a long, dark brown skirt and a breezy white T-shirt, with her brown hair pulled back, she's cycling straight towards the Brandenburg Gate. But there's a wall in front of the iconic landmark, so she has to take a turn. The year is 1988, and the wall is not just any wall, it's the Berlin Wall, separating the former and future German capital into East and West.

And the woman is not just any woman — she's future Oscar winner and arthouse icon Tilda Swinton.

In one scene of the short film Cycling the Wall, Swinton utters the prophetic lines:
"Oh wall, oh wall, oh pretty wall, it would be funny if you did fall, and people could over you step."

Looking back at the films Swinton has starred in, there's an impressive range of genres and tones — thrillers, horror movies, romantic comedies, experimental arthouse… But few are as historic as Cynthia Beatt's 27-minute short, produced for German public broadcaster ZDF as part of their series Das kleine Fernsehspiel (The little television play).

The list of notable directors with whom Swinton has worked is long, from Jim Jarmusch to the Coen brothers. 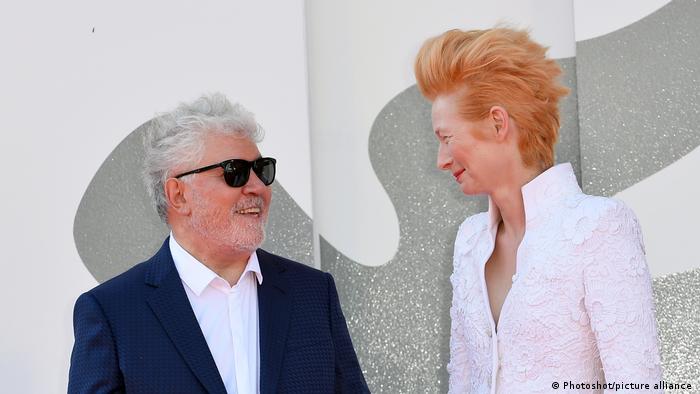 She also starred in a short drama by director Pedro Almodovar, 'The Human Voice,' which premiered at the 2020 Venice International Film Festival

But acting and an artistic career did not always seem in the cards for Swinton. "I think I was expected to marry a duke," Swinton once told newspaper The Independent about her family's expectations for her. "When it became clear I wasn't going to marry a duke, I think all bets were off, basically."

Swinton — who is descended from Scottish royalty — grew up on a large estate with three brothers. She attended West Heath, an expensive girl's boarding school, where she was classmates with Diana Spencer, the future "Lady Di."

After finishing high school, Swinton took time off to volunteer abroad, including in South African townships. Later, she studied Social and Political Science in Cambridge.

But she also became interested in performing in college. When director Derek Jarman cast her in her film debut (Caravaggio, 1986), Swinton had already been acting on stage, including for the Royal Shakespeare Company.

One of Swinton's trademarks is her androgyny, her otherness among more traditionally feminine Hollywood actresses. The tall, lanky Scot wears her hair short and often prefers suits to gowns on the red carpet. She has often played men or ostensibly gender-fluid characters. 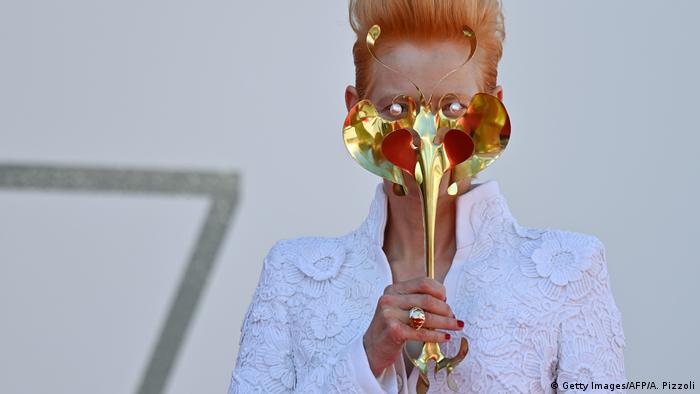 True to her alien style: With golden masquerade mask in Venice in 2020

She also plays with established gender aesthetics in her public appearances. For example, at the premiere of Wes Anderson's 2014 indie hit, The Grand Budapest Hotel, in which she played an octogenarian woman, Swinton wore a loose-fitting white dress shirt with a black jacket, with open-toed, flat shoes.

Swinton has spoken out against the division of awards into best male and female performance; calling the change to gender-neutral awards "inevitable."

"Humans are so interested in division and compartmentalizing ourselves. As we're really getting to understand now, this is not the way to go — dividing people up and prescribing a path for them, whether gender or race or class. It's just such a waste of life," she said at the Venice Film Festival in September, according to US magazine Variety.

Her androgynous, avant-garde style has made Swinton a fashion icon, a favorite with designers and a welcome presence at fashion shows around the globe.

Karl Lagerfeld often dressed Swinton; in 2016, she was present at Chanel's first show in Cuba. In 2015, she was the face of the Berlin Fashion Week. 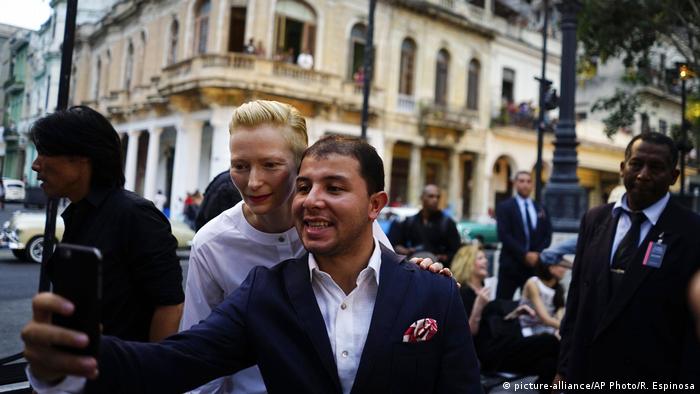 Swinton taking a selfie with a guest during the presentation of Karl Lagerfeld's fashion show in Havana, in 2016

She blended performance art and fashion when she took center stage in three events at the Parisian fashion museum "Palais Galliera" from 2012 to 2014. In the first of those performances, "The Impossible Wardrobe," Swinton walked the runway in historical garments from the past 200 years.

Swinton's likes things experimental and a little different — whether it comes to fashion or acting. "I've never been in something that didn't feel like an experimental film, even if two hundred thousand million dollars was spent on it," she told British daily The Independent in 2008, the year she won the best supporting actress Oscar for Michael Clayton. Ironically, the character that won Swinton this honor — villainous lawyer Karen Crowder — is arguably one of the most straight-laced roles Swinton has ever played. 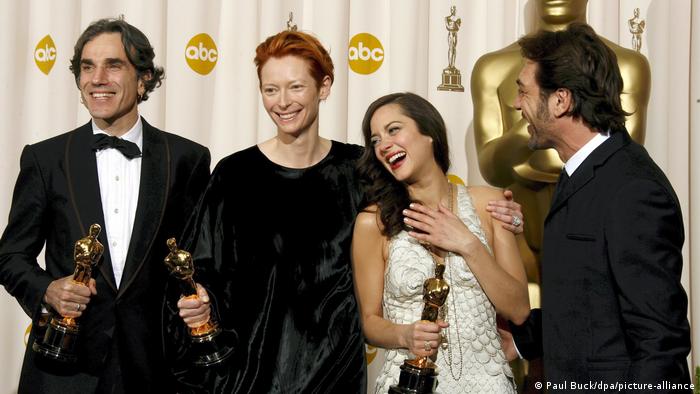 Tilda Swinton with Daniel Day-Lewis, Marion Cotillard and Javier Bardem at the Oscars in 2008

Luca Guadagnino's Suspiria — starring Swinton in three roles, including as a man — opened Venice in 2018.

And last year, Jim Jarmusch's zombie comedy The Dead Don't Die was the opening feature in Cannes. In the movie, Swinton gave a very on-brand performance, as a zombie-killing undertaker and likely alien.

In her late 20s, Swinton — then an unknown actress — took a long trip through West Berlin on her bike for Cycling the Wall. In the three decades since, Swinton's become one the Europe's biggest and most interesting film stars, and Berlin has blossomed into one of Europe's most vibrant cultural centers. 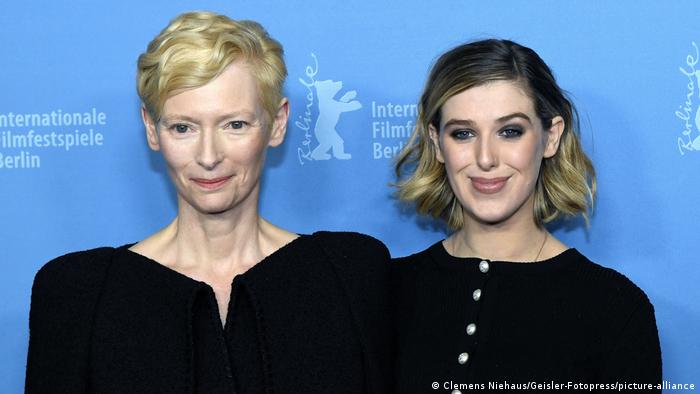 She was also at the Berlin Film Festival in 2019 with her daughter, Honor Swinton Byrne, for the premiere of 'The Souvenir'

2009 was a special year the actress and the city: Not only did Swinton — a guest at the Berlin Film Festival — serve as the festival's the jury president. She also returned to exploring the city with filmmaker Cynthia Beatt. In The Invisible Frame, Swinton — now with short, blonde hair — cycles through the no longer divided city. As she heads toward towards the Brandenburg Gate, there's no wall in front of it, just crowds of tourists underneath.

This article was adapted from German by Mara Bierbach.

She shines in cult indie films and big blockbusters: Tilda Swinton is known for her eclectic choice of roles, including vampires, witches and men.