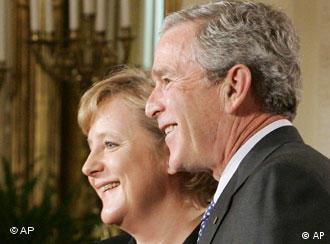 Do the smiles really mean the ice has melted between Germany and the US?

During her first visit to the United States since becoming German Chancellor, Angela Merkel held talks with President George W. Bush on Friday on a wide range of issues. The two leaders differed on Guantanamo Bay but vowed to seek a common approach on Iran as they opened a new chapter in US-German relations. President Bush's relationship with Merkel's predecessor, Gerhard Schröder, was often stormy because of Schröder's opposition to the US-led invasion of Iraq.

Deutsche Welle: Senator Coats, do you have the impression that Germany and the United States countries have made progress in overcoming their differences and moving closer together again? 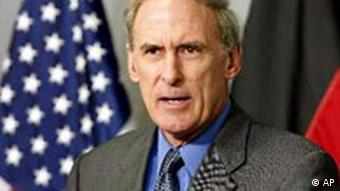 Dan Coats: Very much so, this clearly was an indication by both Chancellor Merkel and the president that they want to open a new chapter in our relationship. It's going to be a return to a much more harmonious and united effort to deal with some of the major challenges and I think to respect each others differences in terms of some of the areas where we might not have total agreement. But it's clear that the president and Chancellor Merkel established a very good start.

How would you describe the personal chemistry between the two? Did they hit it off?

I think they clearly hit it off. I think there is personal chemistry there. The president referenced it when he said he was touched by the chancellor's discussion about her upbringing in East Germany and her appreciation for freedom from someone coming from a place where that freedom was not available. I was at a dinner with Chancellor Merkel where she talked about this also. I think the most important point that was made and had an impact on those who attended the dinner was that understanding that she had lived in isolation in East Germany and of course the incredible rise to become the first woman chancellor of Germany. I think that's something the president very much appreciated and he clearly wants to establish a working relationship and a good personal relationship with the new chancellor.

Ms. Merkel is still prepared to criticize the United States and only last weekend she raised a few eyebrows in Germany by saying that the Guantanamo prison camp should not continued to operate indefinitely. What was the president's reaction to that criticism?

Well, I think his reaction was the appropriate reaction. That was that one he hopes for understanding in terms of the terrorist threat that exists and the implications of that for a free society. So I think we're going to see a president who is responsive to criticism because particularly he knows it is well-meant criticism. It is criticism of a friend and ally as opposed to someone that may be using for political purposes or simply to gain political favor at home by making negative comments about the United States.

At the moment it's Iran and not Iraq that's the focus of world attention. Germany is one of the three EU countries that have called for Iran to be referred to the UN Security Council over its decision to resume its nuclear program. Is there broad agreement between the United States and the EU on what action should be taken against Iran? 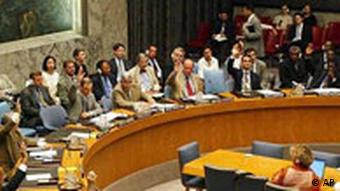 There clearly is broad agreement that has been obtained over the last couple of years as the EU has attempted to use diplomacy and negotiations to seek a favorable resolution to this. Clearly there is now agreement that this should be taken to the UN Security Council and should move to the next step. Now what specific action the Security Council takes is something that has to be discussed and negotiated. Sanctions, if they are imposed, what kind of support we can get from other nations like China, India and Russia to form a united front. I think all of these still have to be decided. But we've taken a very important step forward in saying our best efforts, the EU-3's best efforts over the past year and a half have not met with success and it is time to up the pressure on Iran to take a much more sensible course of action.

Are ordinary Americans taking an interest in Ms. Merkel's visit to the US?

Yes, they are. Ordinary Americans are, I think, grateful and relieved, that the situation has changed, that we have a president now who is saying warm things about this new chancellor and has a willingness not only to reach out and work with the chancellor but to reach out and work with the German people in trying to address these international problems that affect both of us.

The new US ambassador to Germany is trying to strengthen transatlantic relations. But some grumble that he is a key beneficiary of anti-trade tariffs that have hurt German business and not the right man for the job. (Sept. 7, 2005)

German Chancellor Angela Merkel emerged from talks with President George W. Bush in Washington Friday to say that US-German relations were back on track and that they shared common ground on many issues, including Iran. (Jan. 13, 2006)