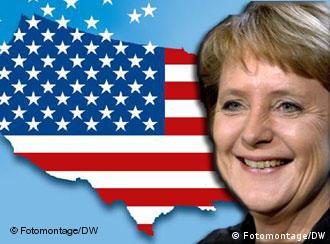 Many Americans are curious about Germany's new chancellor, Angela Merkel

Chancellor Angela Merkel's inaugural visit to Washington this week has many observers hoping for a new beginning in transatlantic relations.

"I wouldn't stress the word 'new' too much, though," said Jackson Janes, executive director of the American Institute for Contemporary German Studies at John Hopkins University in Washington.

Janes said in an interview with DW-WORLD that Merkel's visit would usher in a change in mood. Both sides were eager to improve ties and were set for something positive to come out of the trip.

"This explains the great efforts by the White House to organize the visit and the gesture that Merkel resides in the official guest house," said Janes. "These are signals which say: we are very delighted that she is coming to Washington."

According to Janes, Merkel's trip will not necessary result in new transatlantic initiatives.

"It is more a confirmation that a dialogue between Berlin and Washington is enormously important," Janes said. "I hope the White House makes this loud and clear." 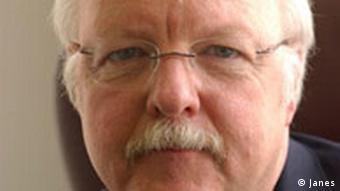 The US administration did not expect Germany to change its stance on not deploying troops to Iraq. But, there would be talks with Merkel regarding more economic and infrastructure aid for Iraq, Janes said.

The two countries shared many common interests geopolitically, which would be on the agenda. These included Russia, the Middle East and Iran.

"There are plenty of problems, which we have to tackle together," Janes said.

Merkel's recent criticism of Guantanamo was "absolutely acceptable", said Janes, in particular considering the increasing condemnation of the prison camp in the United States.

"When there's criticism from abroad -- whether from Germany or elsewhere -- it doesn't necessarily have to mean a worst case scenario in relations," Janes said.

Janes said that while German-American relations were "somewhat difficult", there were "more positive than negative" aspects involved. 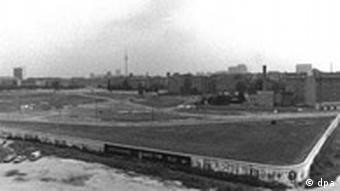 The end of the Cold War and the fall of the Wall had significantly changed this relationship.

"In general, the connection between Germany and the United States is vast when you consider private industry, the research sector or the media coverage," Janes said. "No matter where you look, there are plenty of connections."

He said this was a positive factor.

"The opportunity to address problems and issues is then much greater than if you did not have much to do with each other."

German Chancellor Angela Merkel has criticized the United States for some of its tactics in the fight against terrorism and called for the Guantanamo Bay detention center to be closed. (Jan. 7, 2006)