A step backwards for women′s rights in Afghanistan | Asia| An in-depth look at news from across the continent | DW | 10.07.2015

A step backwards for women's rights in Afghanistan

The rejection of the first ever female nominee for the country's Supreme Court spotlights the challenges facing the government and international organizations in promoting women's rights in the war-torn nation. 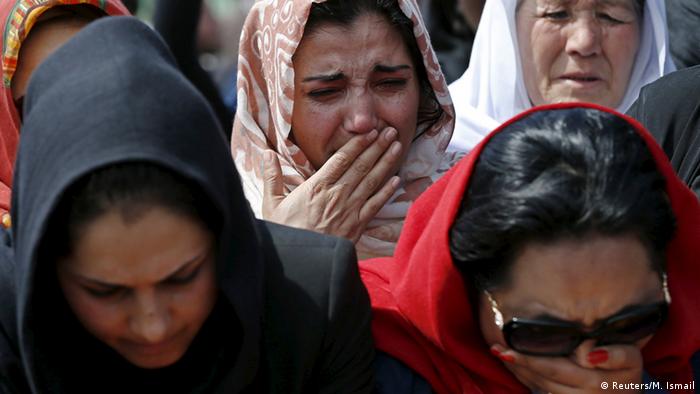 Afghan lawmakers delivered a blow to the country's President Ashraf Ghani on July 8 by rejecting 40-year-old Anisa Rasouli, the nation's first-ever female nominee, for the Supreme Court. Rasouli received 88 votes, nine short of the 97 needed to secure her appointment.

It came after several clerics criticized the nomination, claiming that only men were fit to sit on the nation's highest court. The move marks a setback for the Afghan government's efforts to empower women and promote them to high-profile positions.

"It is beyond doubt that I was not chosen due to my gender," said Rasouli. In an interview with DW, she noted that "women have the right to be represented at all levels of government and that it does not contradict Sharia, or Islamic law."

"Afghanistan's parliament once more proved that democracy is only good and useful when it serves their egoistic, personal or party interest," Dr. Orzala Ashraf Nemat, Afghan scholar and founder of Youth & Women Leadership Centre told DW.

"But when it comes to inclusiveness and addressing important aspect of a civilized life, it proved to be representing a battle field of patronage politics where women have no place in it," she added. 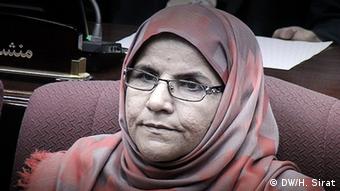 Rasouli received 88 votes, nine short of the 97 needed for confirming her nomination

The disappointment of women's rights activists is compounded by the fact that 21 female MPs did not attend the voting session to confirm Rasouli's nomination.

"It's so disappointing. So many people fought so hard to have the quota in the constitution to make sure there would be two female MP's from each province. I feel like they must have had exactly that kind of day in mind," said Heather Barr, Senior Researcher for Women's Rights Division at Human Rights Watch (HRW).

President Ghani should introduce another female candidate for the position, and women MPs should vote for her to prevent another failure, Barr stressed. "The fact that the gap was only nine votes means that if he nominates another woman it should be possible next time," she told DW.

Equality is still in its infancy

President Ghani has been striving to increase women's participation at all levels of government since he took office last September. There are currently four women ministers in Ghani's cabinet. Two of the war-ravaged nation's provinces – Ghor and Daikundi – also have female governors.

"I am grateful that the president has fulfilled his promise," said Sima Joyenda, the governor of Ghor province. "It is, however, extremely difficult for women to work in a province such as Ghor," she noted. The province has been plagued by insecurity and poverty for years.

"Although these political appointments are a good step, we are yet to see any action in terms of how the women appointed for these posts are going to be protected," said HRW's Barr, referring to past instances when women in high positions were targeted by terror groups.

There is still a long way to go in terms of improving women's security in Afghanistan, said Barr, pointing to the death of Farkhunda Malikzada who was killed in March by a mob after being falsely accused of burning a Koran.

Critics fault the police, whom they say stood by and did nothing to stop the fatal attack. The incident triggered protests around the country and drew global attention.

For Barr and Nemat, such attacks are proof of the Ghani administration's failure to protect women's rights in the country.