Afghan officials and Taliban representatives have met in Islamabad for talks. But experts say such negotiations can only lead to peace if those involved are recognized by the Taliban leadership. 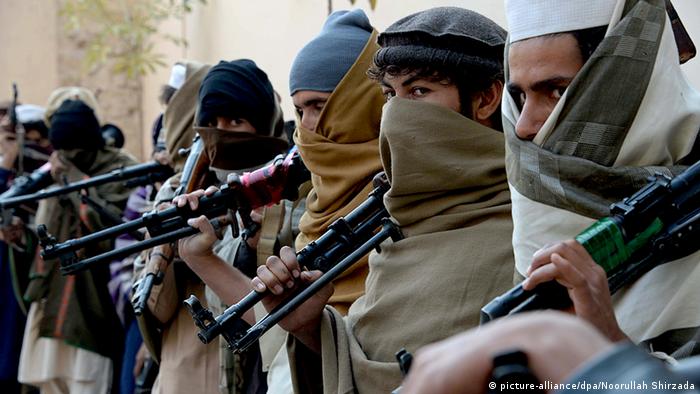 An Afghan government delegation met with Taliban representatives on Tuesday, July 8, in Pakistan following a series of informal talks between the two warring sides in various countries. The meeting, held at Muree - a hilly resort near Pakistani capital, Islamabad - is not an official start of peace negotiations but it is the first time such an encounter has been confirmed by the Afghan, Pakistani and US governments.

Previous attempts to engage Kabul and Taliban in negotiations have fallen flat, including the opening of a Taliban office in Qatar in 2013 which was shut down after former Afghan President Hamid Karzai sharply criticized the move, arguing that Kabul would only engage in inter-Afghan talks.

His successor Ashraf Ghani, however, has acknowledged the need for involving Islamabad in any future peace deal with the Taliban, saying the two countries have been in an "undeclared war" and a peace deal could only be reached if Pakistan cooperates.

Experts have expressed cautious optimism about the meeting, arguing that if both sides continue negotiations the process could lead to a peace deal. But they also say there is a long and difficult road ahead.

Abdul Ghafoor Liwal, an expert on constitutional law and director of the Kabul-based Regional Studies Center, believes Tuesday's meeting can pave the way for formal talks as this is the first time such a meeting is observed by the United States and China. 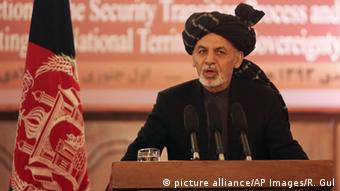 "The Taliban have always said that a peace deal would only result in stability if the group engaged in direct talks with the United States. The fact that Americans were present in Tuesday's meeting as observers increases the importance of the encounter," Liwal told DW.

The Taliban have been fighting a bloody war against the Afghan government and its international allies since the group was ousted from power in 2001. The insurgents have said in the past that they would only engage in peace talks if all foreign forces left Afghanistan.

Afghanistan and the United States have always urged Pakistan to bring Taliban leaders to peace talks as they believe Islamabad has significant influence over the militant group. Since taking office in September, Afghan President Ashraf Ghani has attempted to ease ties with neighboring Pakistan.

He initiated a regional policy to rally support for the Afghan peace talks both from Pakistan and China, the latter of which is believe to able to exert some influence over the Pakistani establishment.

Islamabad-based journalist Tahir Khan told DW that Islamabad addressed Afghanistan's demands by hosting the talks. "The move could further improve ties between Kabul and Islamabad and is a result of efforts by the international community to bring stability to the region," he noted.

Fears of political vacuum in Afghanistan

Afghan parliament's current term is set to end soon but the country's government has so far failed to set a date for fresh elections, raising concerns over a possible political vacuum. DW examines. (12.06.2015)

According to a statement by Pakistan's Foreign Ministry, Afghan and Taliban representatives agreed to meet again after the Islamic fasting month of Ramadan. In Kabul, the Afghan Ministry of Foreign Affairs welcomed the peace talks, praised Pakistan for hosting and thanked Washington and China for taking part.

The Taliban have yet to comment on the meeting, but spokesman Zabihullah Mujahid said in a statement that the group managed its affairs through its political office which has the "authority to maintain talks with foreign and Afghan sides in any country."

Prior to Tuesday's meeting, the Taliban had rejected talks with Afghan officials in China, claiming that those involved in the negotiations were not authorized to represent the group. In this context, Thomas Ruttig, co-director and co-founder of the Afghanistan Analysts Network, warned of a rivalry between those Taliban in favor and those against engaging in negotiations with president Ghani's government.

"There is one question mark in this whole thing: The Taliban and their official spokesmen have said that those contacting the Afghan government in Pakistan or via Pakistan are not authorized," said Ruttig. The analyst explained that there seem to be two different tracks of negotiations: on the one hand, talks between Taliban representatives and Kabul with help from Pakistan, second; the Qatar office which has always been referred to as the only authorized channel of negotiations by the official Taliban spokesmen.

"We again see a rivalry between the Qatar and the Pakistani process and the question is whether this is being done on purpose by the Afghan government in a bid to drive a wedge between the Taliban movement or whether the Taliban are simply not saying the truth," the expert noted.

Wahid Muzhda, a Kabul-based expert on the Taliban is of the same view. He believes the Taliban involved in Tuesday's meeting did not represent the whole of the insurgent group and a that peace deal cannot be reached without a confirmation of the peace talks by the official Taliban spokesmen.

"I don’t believe the meeting can lead to a peace deal or a ceasefire because these are not peace negotiations but an effort to divide the Taliban into different groups," he stated.