Although critics were disappointed when "I, Daniel Blake" snagged the Palme d'Or in Cannes, one only needs to see Ken Loach's film to understand why it moved the jury so deeply. It's now up for a European Film Award. 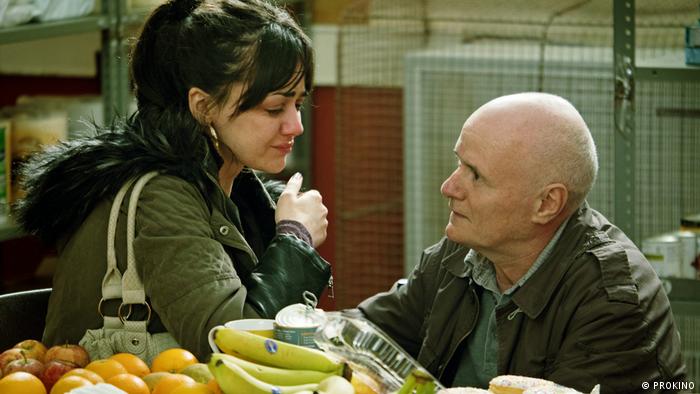 "Toni Erdmann," Germany's entry in the competition of the 2016 Cannes Film Festival, will get to face Ken Loach's "I, Daniel Blake" once again in Wroclaw, Poland, on December 10, as both films are nominated for a European Film Award.

Although director Maren Ade's "Toni Erdmann" came out as the critics' clear favorite last May at the prestigious film festival, the jury decided to award the Palme d'Or to Loach. Their choice was harshly criticized, for example, by the British daily "The Guardian" and the French newspaper "Le Monde," which stated that the award winners did not reflect "the exceptional boldness" of the films in competition. 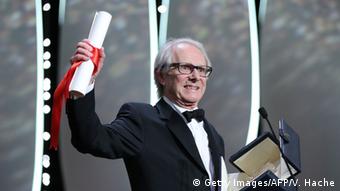 The win in May was Loach's second Palme d'Or

"I, Daniel Blake" is a "good movie," wrote another French critic, "but if the festival's raison d'être is to recognize original works, then that wasn't the best choice."

Now European moviegoers can decide for themselves. Over the last few months, different films from Cannes have been running in theaters. Many of them are interesting, artistically inspiring works.

Yet "I, Daniel Blake" offered something the other films didn't: a narrative with an enormous emotional impact, expressing outrage over the social ills of England. "I, Daniel Blake" is a film filled with rage, giving the impression that the film's director absolutely had to make it.

Simple story - yet shocking and moving

Admittedly, "I, Daniel Blake" isn't very innovative on a formal and aesthetic level. The story told by Ken Loach is simple: An almost 60-year-old carpenter is left unable to work after a heart attack. However, he is not eligible for any welfare benefits. Daniel Blake becomes a victim of bureaucracy and of the relentless British social system. Loach consistently depicts this difficult situation with good actors, credible dialogues and authentic locations. 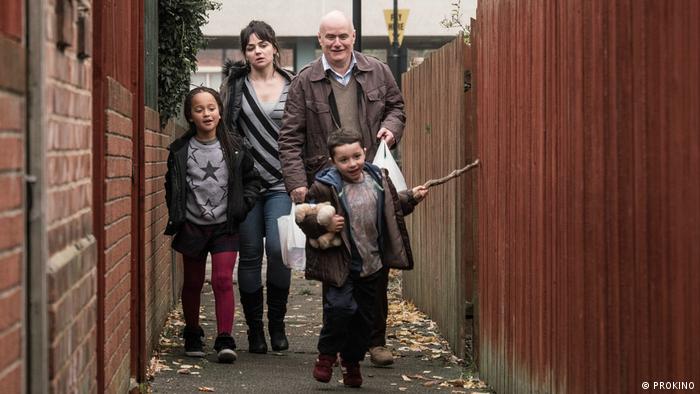 "I think we have to look again at this whole cruel sanctions and benefit system, which is out to tell the poor that it's their own fault and if they don't have a job it's because they are incompetent or useless," Loach told BBC Radio 4, describing bureaucracy as a "cruel weapon." His outrage over this situation motivated him to make this film, he said.

Ken Loach, the voice of the disadvantaged

Through the socially critical films he started directing in the 1960s, Ken Loach became known as the advocate of the marginalized, the economically disadvantaged, the losers of globalization. He was often reproached for doing this too systematically; critics claimed he was avoiding effort by always siding with the losers, and by simply creating social dramas with taking any aesthetic risks. 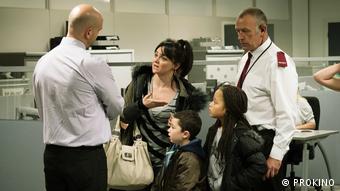 In the film, Katie is admonished for showing up too late to the job center

Loach always made his socialist ideals evident in his movies, demonstrating that his role as a film director is to fight for his convictions. "When there is despair, the people from the far right take advantage of it," he said upon receiving his Palme d'Or last May. "We must say that another world is possible and necessary."

Political convictions have often stood in the way of artistic ambitions. But does this criticism truly apply to Loach? Some scenes in "I, Daniel Blake" are emotionally jolting, such as when Katie, a single mother who teams up with Blake in their daily fight to survive, breaks down, overcome by hunger and the despair of not being able to feed her two young children. This is one of the most haunting scenes of this year's international cinematic releases. The forceful emotionality of the film is inescapable. 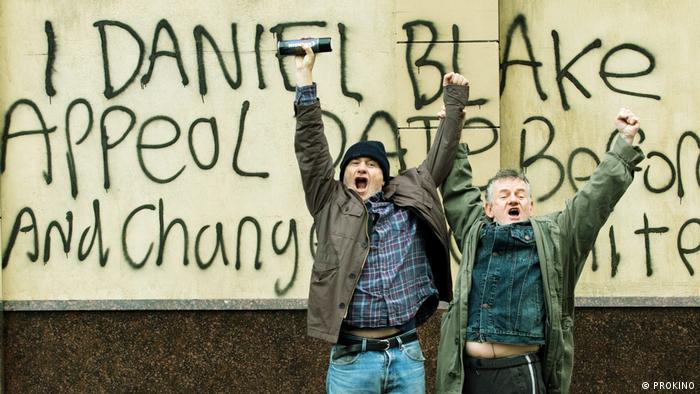 With his courageous protest, Blake encourages others to resist

This is what emerges from Loach's "simple" socially critical, well-intentioned films. Such authentic moments are the ones the English filmmaker knows how to capture best, through amazingly well-directed acting and dialogue, art direction and dramaturgy. This is actually an artistic approach that's very specific to cinema: to allow the story to prevail over artifice, and authenticity over formal ambitions.

This obviously doesn't take anything away from Maren Ade, who also criticizes society in a completely different style through her film "Toni Erdmann." She claimed the EU's Lux Film Prize in November and also deserves to be recognized at the European Film Awards.

German film "Toni Erdmann" has won the Lux Film Prize, awarded by the European Parliament in Strasbourg. The tragicomedy will represent Germany at the Oscars in February. (23.11.2016)

A total of 85 countries are in the competition for the 2017 Academy Award for best foreign language film. Germany is also on the list with the comedy "Toni Erdmann." (12.10.2016)