He just received his second Palme d'Or in Cannes and on June 17, Ken Loach turns 80. DW looks back at the successful and controversial career of the socially critical British filmmaker. 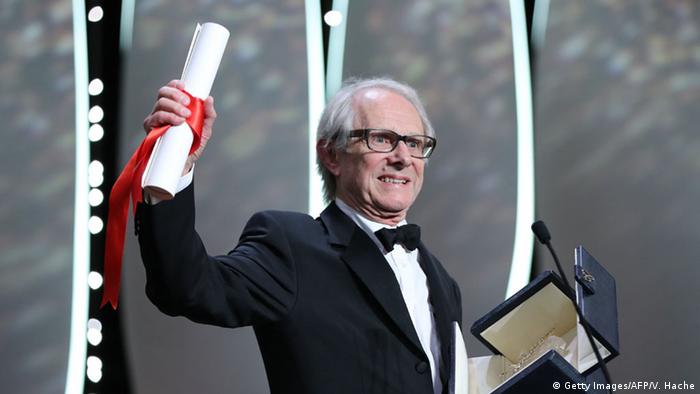 Filmmaker Ken Loach is known as an outspoken defender of the disadvantaged and those who feel excluded from society. Many of his films deal with social ills and, now at age 80, he hasn't grown tired of raising awareness for injustice.

Last month, he took home his second Palme d'Or in Cannes for his film, "I, Daniel Blake," about a blue-collar worker who struggles with the British social system after suffering a heart attack, and a single mother who is evicted from her apartment.

Actually, Ken Loach wanted to retire a long time ago. But he saw too many problems in Great Britain under its conservative government.

The country cannot keep telling poor people that it's their own fault that they don't have a job, or that they are incompetent or useless, Loach told the BBC. His aim, he says, is to present reality - not only because it's sad, but because it makes him angry. 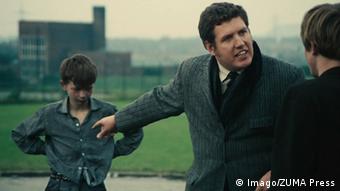 From law to theater to film

Ken Loach was born on June 17, 1936 in Nuneaton, Warwickshire, as the son of an electrician. He later fulfilled his military duty in the Royal Air Force and then studied law at Oxford. It was during his studies that Loach first got involved in theater and discovered his passion for acting.

With a law degree in his pocket, Loach nevertheless chose to become an artist, first participating in smaller theater companies before moving to television in the early 1960s.

After working briefly for private broadcaster ABC Television, he moved to the BBC in 1963 where he directed the popular police series "Z Cars." As part of the BBC series "The Wednesday Play," Loach also worked on numerous prize-winning films, including "Cathy Come Home" (1966).

Even at that time, Loach demonstrated his interest in social issues. "Cathy Come Home" was a gritty drama that portrayed a working family. It was critically acclaimed for its true-to-life portrayal of a father who loses his job and experiences a time of great hardship. 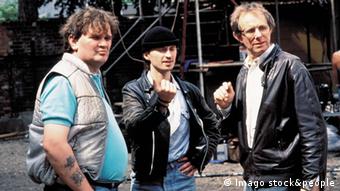 "Riff Raff" was a breakthrough for actor Robert Carlyle (c.), who later became world-famous with "Trainspotting"

In 1967, Ken Loach made it to the silver screen with "Poor Cow," a film about a battered woman who joins a group of criminals after her husband lands in jail. The movie was applauded by critics, as was "Kes" in 1970, which portrays a young outsider who finds and raises a hawk.

During the 1980s, it became challenging for Loach to realize his ideas. Under conservative Prime Minister Margaret Thatcher, he was faced with funding cuts and censorship.

Scenes from his film "A Question of Leadership" (1980) about a steel workers' strike had to be removed before it could be broadcast. And a four-part series about the failure of the trade unions during the strike simply disappeared in the archives in 1983 rather than being broadcast.

In Louise Ramond's recent documentary about his life, "Versus: The Life and Films of Ken Loach," he explained how decisive politics can be when making movies about the lives of people. 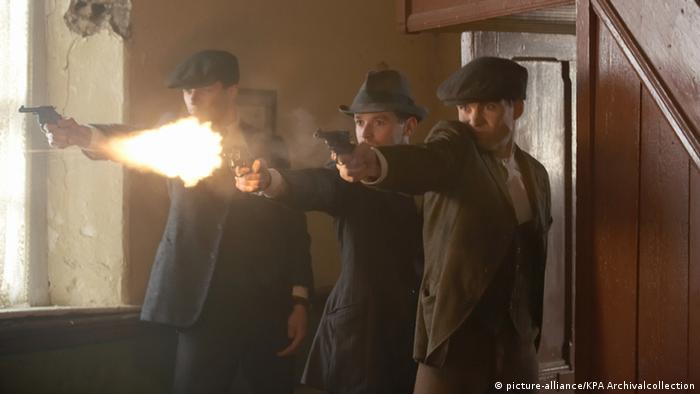 In 1990, Loach returned en force with strong social messages. His polit-thriller "Hidden Agenda" was awarded the Jury Prize in Cannes that year. But it was the following year that Loach managed his international breakthrough with the biting comedy "Riff Raff." The critically acclaimed film tells of the downfall of the working class from the perspective of London's construction workers.

Then in 1993, Loach released "Raining Stones," the story of a father who works as a bouncer and pipe cleaner to save up to buy a white dress for his daughter's First Communion.

Not all of Loach's films touch on Britain's working class, however. He's also made movies about historical events, like the civil wars in Nicaragua ("Carla's Song") and Spain ("Land and Freedom"). And "The Wind That Shakes the Barley," which won him his first Palme d'Or in 2006, is a blatant account of the Irish struggle for liberty against the British government in the 1920s. 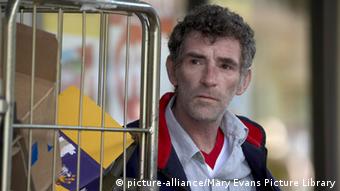 Despite frequent praise from critics, Loach has also had to deal with negative reactions from the press. In response to "The Wind That Shakes the Barley," for example, "Daily Mail" asked why Loach hates his own country so much.

Even before that, the left-leaning filmmaker was frequently accused of being too biased or creating propaganda. But he proves he's not just a naysayer by revealing his dry sense of humor in other films. "Looking for Eric" (2009), with soccer icon Éric Cantona, turned out to be a true feel-good comedy.

His headstrong and consequential approach lends Loach's films a sense of authenticity. He often works with amateur actors that only know parts of the screenplay and often have to improvise. Loach also tends to film in chronological order, which gives his films the feeling of being documentaries.

In the documentary about his life, Loach said, "You think, how can I film it so that is seems plausible, so that I really think it's true."

How Germans' image of their own history has been shaped by popular feature films is demonstrated at an exhibition in Bonn. It claims that without filmmaking, many Germans wouldn't be confronted with historical subjects. (10.06.2016)

Harry Potter takes to the stage in London

Five years after the last film, Harry Potter is back - and he's now a father and civil servant in the Ministry of Magic. Preview performances of the next chapter of the successful series begin in London on June 7. (07.06.2016)