How Germans' image of their own history has been shaped by popular feature films is demonstrated at an exhibition in Bonn. It claims that without filmmaking, many Germans wouldn't be confronted with historical subjects. 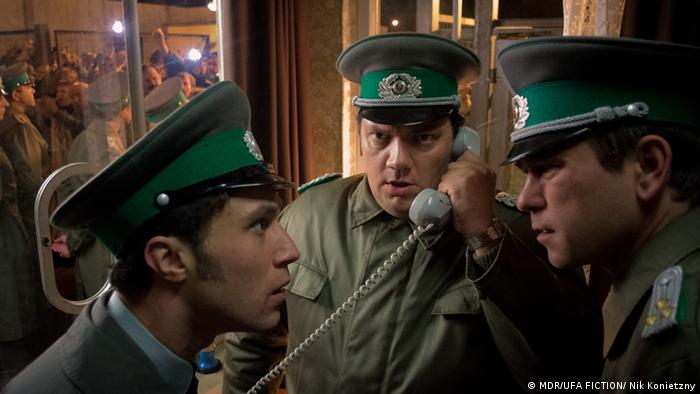 More than any book or exhibition, even more than school lessons, popular feature films influence Germans' image of their own history. That is not new knowledge perhaps, nor is it surprising. But as articulated by Hans Walter Hütter, director of the "Haus der Geschichte der Bundesrepublik Deutschland" (House of History of the Federal Republic of Germany), the claim carries a lot of weight.

Hütter adds, "In the final analysis, historical accuracy and authentic scenery don't insure high ratings and ticket sales. They depend more on telling an interesting, often melodramatic story." So does a people's notion of its history depend on suspense rather than verity, emotional content more than historic accuracy? Or, in fact, is knowledge of history based on false or at least fictive narratives? 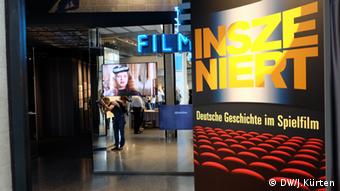 The entrance to the exhibition in Bonn

That may be true, indicates the exhibition"Inszeniert - Deutsche Geschichte im Spielfilm" (In Scene - German History in Feature Film), while demonstrating that without filmmaking, broad sectors of the public wouldn't be confronted with historical subjects at all.

"In Scene - German History in Feature Film" is the name of the exhibition in Bonn's "House of History" from June 9 until January 15, 2017. The curators have set it up in seven rooms matching as many chapters of history, showing how in the past 70 years, directors have addressed the Holocaust, World War II, resistance to Nazi Germany, flight and expulsion, the economic miracle, leftist terrorism in West Germany, and East Germany and its state security apparatus. 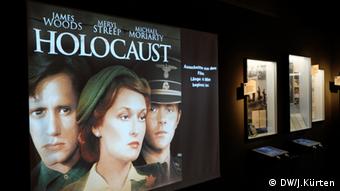 There has been much discussion about films concerning the Holocaust

In the late 1970s, the American mini-series"Holocaust" stimulated intense debate in Germany, as Christian Peters, curator of the exhibition in Bonn, explained to DW: "The question was: can one treat a subject like the extermination of European Jews as a family history including scenes from concentration camps and gas chambers?" That, says Peters, was the tenor of the discussion in the 70s - and again, years later, in connection with Steven Spielberg's film "Schindler's List." 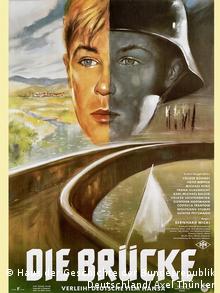 At the time, some said the "Holocaust" was too emotional and the subject matter inappropriate for a kind of soap opera. Others questioned whether what had happened should be shown at all. Besmirching Germany's image in the world, they said, did not serve the interest of international understanding. The opposing camp said that persecution of the Jews and concentration camps should absolutely also be shown in moving pictures - and that the Holocaust had been insufficiently explored.

The discussion over the broadcast of the 2007 television film "Die Flucht" (The Flight) with Maria Furtwängler was itself notable. "The issue of German postwar refugees was taken up only after reunification and the end of the Cold War," recalls Christian Peters, convinced that the country was able to turn to the subject "only after having demonstrated that it had extensively come to terms with the Holocaust and addressed its own guilt." 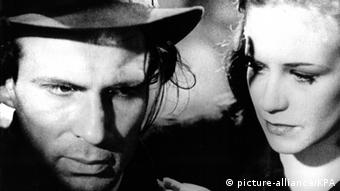 Psychologist and film expert Gerhard Bliersbach, an expert on German post-war films, recognizes a strong continuity in directors' treatment of their country's history, one stemming from the early years after World War II: "The very first such post-war film, Wolfgang Staudt's 'Die Mörder sind unter uns' (The Murderers are Among Us, 1946), drafted the post-war narrative, which is summed up by the statement: 'We were helpless!'" - "we" being the populace at large and low-level soldiers. That narrative established the template for much public discussion about the past, explained Bliersbach to DW.

Bliersbach: "Post-war society was all too soon to forgive"

Missing in these and later films about the Second World War was the attempt to explore the options for taking action that did exist. "If it is assumed that nothing was possible," says Bliersbach, "the issue is quickly settled." As he sees it, the post-war debate was inhibited by "quick forgiveness" - and by the image, coined in trend-setting films, of the soldier who just carries out his responsibilities but is not to be made responsible for Nazi-era atrocities. 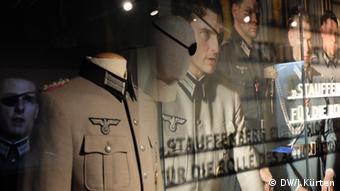 Visitors of the exhibition in Bonn will confront similar thought patterns on the issue of resistance. Starring Tom Cruise, the effective filming of the Stauffenberg assassination attempt in the film "Operation Walküre - Das Stauffenberg-Attentat" (Valkyrie, 2008) generated productive discussion not only in the German boulevard media.

Two films had taken up the subject in the 1950s, but they, says Christian Peters, had apparently come too early: "In the social context back then, a majority of Germans were still highly critical of the assassination attempt made on Hitler." The National Socialists' propaganda image of an oath-breaker committing treason was enduring.

Are film and television, as popular media, appropriate conveyors of complex historical subjects and situations? In the words of Hans Walter Hütter: "Can history be entertaining and exciting? Can it speak to people on an emotional level and inspire private and public debate across generations?" Yes, says Hütter: "Feature films are apparently becoming increasingly successful at reaching an audience of millions with historical subjects." 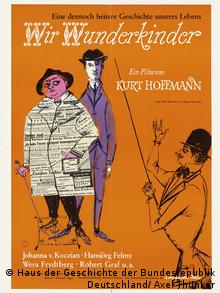 Post-war German cinema suffers from an old-fashioned image - but one that has been modified by these discussions, says Gerhard Bliersbach. "You can't forget your cultural heritage. It's like the ugly family members you tend to look down on and frown upon." However, it's a good idea to keep an eye on those family members, adds Bliersbach: "You have to acknowledge them somehow, because they are there, and they are to be reckoned with."

The catalogue to the exhibition "Inszeniert - Deutsche Geschichte im Spielfilm" has been published by Kerber-Verlag. With a text by Christian Peters, it also includes aspects such as "Computer Games and Historical Films." 2015 saw the release of Gerhard Bliersbach's book "Nachkriegskino - eine Psychohistorie des westdeutschen Nachkriegsfilms 1946 - 1963" (Postwar Film - A Psychological History of West German Post War Film from 1946-1963)

A New Biopic about Stefan Zweig's Life in Exile

He was a European, a pacifist, and a great writer. He fled the Nazis in 1934, and never returned to Europe. A new film explores Zweig's inner turmoil during his life in exile, torn between fame and despair. (06.06.2016)

At the site of the cataclysmic World War I battle, Volker Schlöndorff sets 4000 young people into live action. The German film director has often turned his attention to films on wartime history and literature. (27.05.2016)

The annual event draws the biggest names in the German film industry to Berlin. One movie performed particularly well at this year's awards ceremony: "The People vs. Fritz Bauer." (28.05.2016)