After the controversy related to the band Young Fathers and their support of the Boycott, Divest and Sanctions movement at last year's Ruhrtriennale, the event's organizers are back with a spectacular program for 2019. 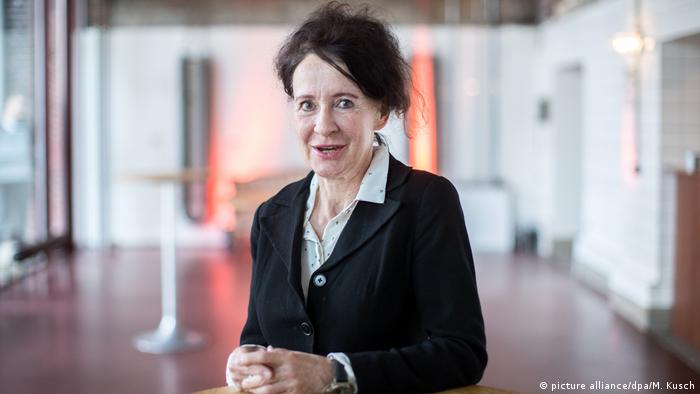 This will be Stefanie Carp's second year at the helm of the Ruhrtriennale music and arts festival. The 63-year-old cultural manager took over the direction of the festival in 2018, becoming the first woman in the position since its foundation in 2002.

A politically sensitive issue, however, quickly put the newly appointed director in a difficult position.

The Scottish band Young Fathers was initially slated to perform at the festival. Revealed to be supporters of the Boycott, Divest and Sanctions (BDS) movement critical of Israel's policies, they were subsequently banned — only to be later re-invited by the artistic director.

Accusations of anti-Semitism and debates about freedom of art overshadowed the festival and made headlines worldwide. Some politicians even called for Carp's resignation at the time. Fortunately for the director, the excitement wore off at some point.

The headlines affecting last year's Ruhrtriennale seem to have been forgotten. Stefanie Carp didn't refer to them at all at the presentation of her 2019 program on Tuesday, held at the historic site of the former Zollverein Coal Mine Industrial Complex in Essen.

Theater, music and dance performances are all once again part of her plan for 2019. "In-Between Time" is the title of this year's series of events, which will focus on "European self-criticism" by looking into "European privileges and the effects of European dominance," questioning our interpretation of democracy and discussing new models for the future, the director said.

From August 21 to September 29, more than 840 artists from 35 countries will take part in the 35 productions and projects presented at 13 venues located in the Ruhr region's cities of Bochum, Duisburg, Essen and Gladbeck.

The world premiere of Evolution by film and theater director Kornel Mundruczo, based on Gyorgy Ligeti's Requiem, is certainly one of the musical-theatrical highlights of the program. The production is about European history; a "remembrance of the horrors of the past, present and future." Jan Lauwer's play All the good, Sharon Eyal's dance piece Chapter 3 and Bruno Beltrao's latest choreography are further highlights.

The program also includes the German premiere of Heiner Goebbel's music theater collage Everything that Happened and Would Happen, David Marton's work Dido and Aeneas, Remembered and Faustin Linyekula's Congo. 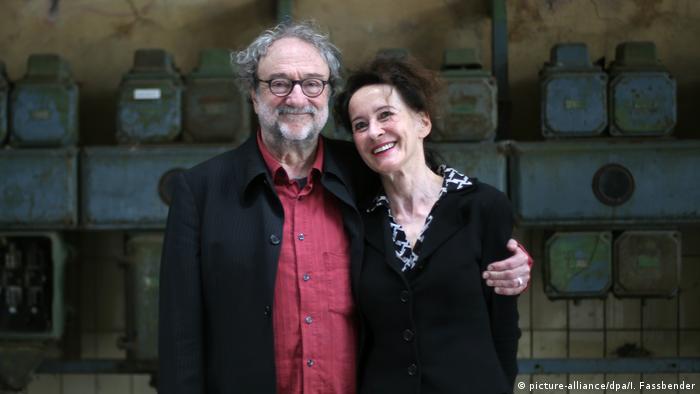 Returning with a new production in 2019, the acclaimed Swiss director Christoph Marthaler, here with Stefanie Carp

Coro, a musical piece by Luciano Berio and staged by Chorwerk Ruhr as a sound experiment, is also likely to be quite popular. Each singer's voice is assigned an orchestral instrument. The aim is to "redefine choral music," said the group's artistic director, Florian Hellgath.

Among various art and sound installations, the architectural and sound experiment titled Bergama Stereo by Cevdet Erek stands out. In the turbine hall of Bochum's Westpark, the Turkish artist will recreate the famous Pergamon altar in which he will integrate a monumental loudspeaker installation.

The kick-off of the Ruhrtriennale 2019 will take place on August 21, with the premiere of Christoph Marthaler's musical theater creation Nach den letzten Tagen. Ein Spätabend (After the days. A late evening) at the Ruhr University in Bochum. The award-winning Swiss director's new work will set compositions by musicians who were deported, murdered or forced to emigrate during World War II in contrast to political speeches from the past and the present. Marthaler said in a video recording at the program presentation that his play was a response to the rise of nationalism and populism in Europe.

How long can we live in luxury? Ruhrtriennale arts festival director Johan Simons is driven by questions of globalization and inquality in an event that offers visions for the future. (18.08.2017)