A look at Pyongyang′s altering architectural landscape | Asia | An in-depth look at news from across the continent | DW | 21.10.2016

Gray and drab concrete building blocks, huge statues and Soviet-style squares punctuate the landscape of Pyongyang. The architecture says a lot about the North Korean capital and its society, says architect Calvin Chua. 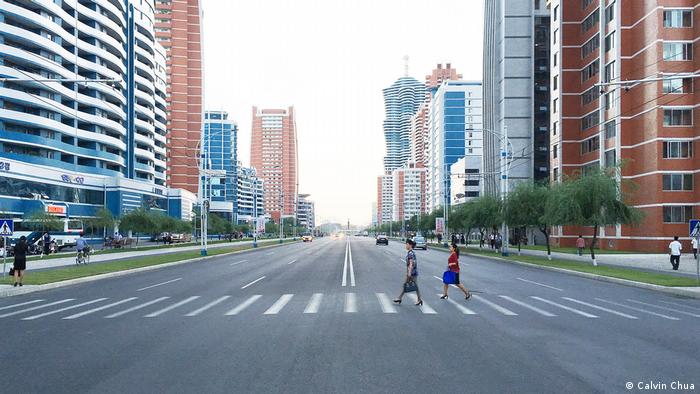 The capital city of the long-insular East Asian nation has seen a spike in construction activity since Kim Jong Un inherited the reins of the country following his father's death at the end of 2011.

Calvin Chua, a Singapore-based architect, has deep knowledge of the architectural landscape of Pyongyang and the changes that have been taking place in the capital in recent years.

Chua has been running urban development and design workshops in North Korea since 2013 via a group called Choson Exchange. He spoke to DW about the North Korean capital's architectural heritage and his experiences there.

DW: What motivated you to become engaged in North Korea?

Large public squares, wide boulevards and concrete monuments first attracted me to Pyongyang, but subsequently, I was drawn to the finer details that make up the city. Details such as potted plants on almost all apartment balconies and micro department stalls selling everything from clothes to floor tiles offer us an insight into their society. 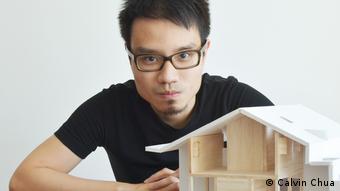 Chua: 'When I first visited Pyongyang in 2008, there was a strong relationship between the architecture of individual buildings and the collective experience of the city'

How would you describe the typical Pyongyang architecture?

The most obvious feature of Pyongyang architecture is the use of concrete as a main construction material which accentuates the monumental nature of buildings. Going beyond that, you can tell the history of the city by looking at the type of buildings. Government and public buildings built immediately after the Korean War were neo-classical in style as they were designed in collaboration with Soviet and East German architects.

Public housing, on the other hand, took on a modernist appearance with their austere slab blocks. Buildings constructed in the 1970s and 80s had vernacular features such as Korean tiled roofs as they searched for an architectural language that reflected a socialist style with Korean characteristics. To some extent, architecture on the individual building scale is relatively diverse in Pyongyang, but when viewed collectively, the use of a single material - concrete - together with the ordered urban fabric, may give an impression of monotony to a tourist visiting for the first time.

What changes have you noticed in the overall architecture of Pyongyang over the years?

Nuclear conflict with North Korea: a spiral of repeated failure

North Korea carries out a nuclear test; the UN imposes sanctions; North Korea repeats its actions. This cycle has been repeated for 10 years now and has so far proved impossible to break. (09.10.2016)

In a DW interview, North Korean defector Yeonmi Park talks about her escape from the communist country and the challenges she is facing now. The activist says she's worried about the safety of her relatives in the North. (27.09.2016)

When I first visited Pyongyang in 2008, there was a strong relationship between the architecture of individual buildings and the collective experience of the city. For example, building heights of apartment towers were varied to enhance the perspective of the streets. However, with massive construction boom over the past few years, it seems that the speed of development is taking precedence over establishing a coherent urban fabric.

For instance, several high-rise apartment towers have been erected within the urban blocks close to Kim Il Sung Square, which is unusual as they do not respond to the low-rise characteristics of the monumental public square.

In addition, the apartment towers along Mirae Street and Ryomyong Street are extremely varied in their architectural forms. This seems to suggest a break from older developments where buildings in the same district tend to share a similar typology and form.

From an architectural point of view, what are the city's most remarkable and outstanding buildings?

The Grand People's Study Hall, where we conduct our workshops, is remarkable in its spatial proportions and architectural details. It is obvious that much more attention was given to the construction of this building as compared to newer public buildings.

The reptile enclosure in the Central Zoo, on the other hand, points towards a possible future of the architecture profession in North Korea. On the interior, the enclosure reads like a bio dome, while on the exterior, it takes the shape of a tortoise. Though the figurative form of the enclosure may seem overtly literal, the design and construction of this building was relatively unique by North Korean standards.

Firstly, this is one of the few buildings in the country that uses steel as the primary construction material and secondly, it has a double-curve geometry. Unlike typical building projects in North Korea - which are undertaken by large teams of architects, engineers and builders working in their respective silos - this project was executed by a small team working closely together and with overseas fabricators. In short, this project shows the ambition and potential of the architectural profession in North Korea. 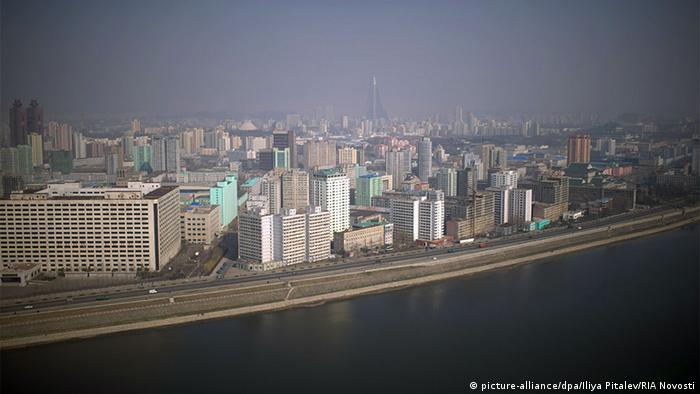 Chua: 'The most obvious feature of Pyongyang architecture is the use of concrete as a main construction material which accentuates the monumental nature of buildings'

Since Kim Jong Un took over in December 2011, there has been a definite increase in construction work. Not only leisure facilities, but also prestigious skyscraper apartment blocks have been built - one of which collapsed in the spring of 2014. What can you say about the average quality of these constructions and the materials in use?

Based on our interaction with the North Korean architects and engineers, they are concerned with improving insulation and waterproofing materials for new buildings. Given the harsh temperature and the lack of electrical power during winter months, it is essential to improve the quality of insulation for buildings.

Given the political circumstances, how hard was it for you to first gain entry into North Korea?

It was through Choson Exchange, a Singapore-based non-profit group delivering business trainings for North Koreans, which provided the connection to North Korea. I was volunteering with Choson Exchange on a few programs before piloting the first architecture workshop in collaboration with the Architectural Association School of Architecture. Perhaps, the greatest operational challenge is organizing workshops through limited lines of communication.

Two years ago, you started an exchange program to bring foreign architects to North Korea. What does the 10-day program consist of? How do the participants actually interact with local architects?

We begin the program with two days of city tour, followed by a series of lectures and intense design sessions, interspersed with site analyses and design reviews. Despite some cultural differences and language barriers, the foreign and local architects interact very well, discussing ideas and concepts through sketches and digital models. It's very useful for both groups of participants to use similar architectural design software.

Are there plans to also invite North Korean architects to programs abroad - or is that simply not possible?

We are interested in inviting them abroad but that depends on the resources available and finding relevant programs for them to participate in.

Is there anything like an organized promotion of young architects in North Korea?

No, but they are given a platform to develop their technical skills at a young age. Final year architectural students are invited to work on actual construction projects under the guidance of older experienced project architects. This offers them an opportunity to gain practical experience as part of their curriculum.

The workshop participants that we interact with are generally talented and many of them have worked on different landmark projects in Pyongyang. As a collective whole, the North Korean architects are competent in delivering a design package within a short period of time. 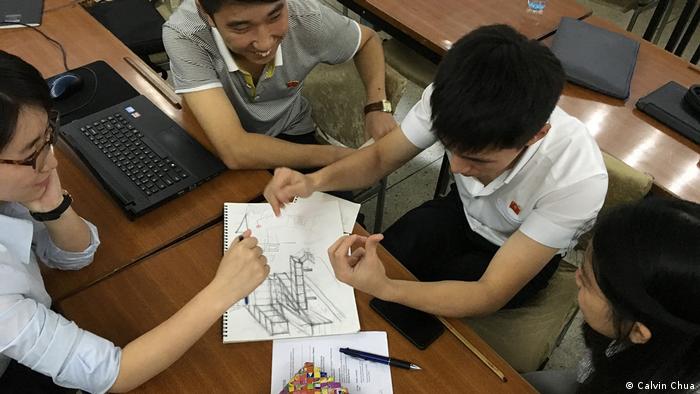 'The workshop provides a platform to better understand the city and society through interacting with people on the ground,' says Chua

How creative can an architect actually be in North Korea? How much creative freedom is there?

In theory, an architect can be creative in North Korea as long as the design is in line with the Juche ideology, which essentially is a set of principles rather than a dogmatic set of stylistic guidelines. However, in reality, the level of creativity is limited by the range of materials (typically concrete) available for construction, which explains why the design tends to look solid and heavy.

To what extent are you able to move about freely when you are in the country?

We have to always travel together but in general it is less restrictive than normal tour groups as we are able to discuss freely with our local participants on architectural issues.

What are your expectations and your personal goals for the future? What do you hope to achieve with your work?

The workshop provides a platform to better understand the city and society through interacting with people on the ground. We hope to compile our research into an exhibition and a publication.

Calvin Chua is an architect and adjunct assistant professor at Singapore University of Technology and Design.

Pyongyang: Visible change on the horizon