A fresh vision for Pompeii as new director is appointed | Culture | Arts, music and lifestyle reporting from Germany | DW | 24.02.2021 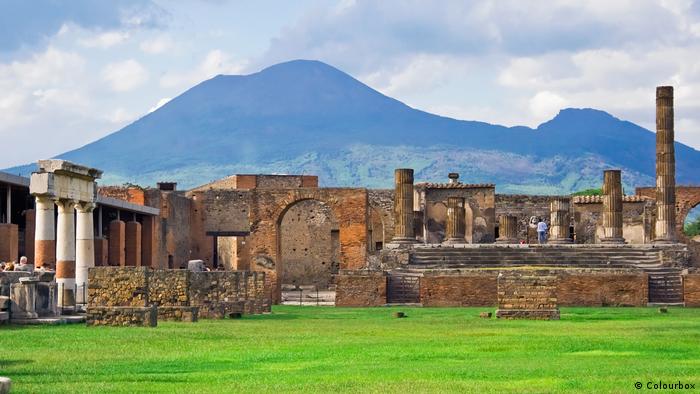 Gabriel Zuchtriegel, 39, has been appointed as director of the Archaeological Park of Pompeii. The German archaeologist with an Italian passport has been managing the archaeological site of Paestum in Campania since 2015.  DW spoke with him about the opportunities and challenges of his new position.

DW: Mr. Zuchtriegel, you have been named the new head of the Archaeological Park of Pompeii; does that feel like winning a top award for an archaeologist?

Gabriel Zuchtriegel: More than winning, it rather feels like a very important responsibility, especially in a decade that presents us with great tasks. We have climate change affecting archaeological heritage. And then we have a changing world of work, a changing society — not only demographically but also in many other aspects. The way we communicate is also changing.

Pompeii must respond to this in terms of sustainability, monument protection, inclusion. A museum has to be there for everyone. In the 19th century, it emerged as an institution that was not only for an upper class of the bourgeoisie. But it has still not been entirely possible to open the museum to everyone, including people with disabilities. It's a long process and there is still a lot to be done. 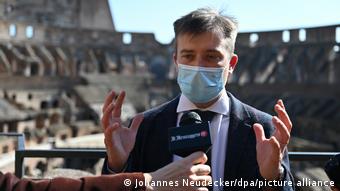 You have been victorious against 10 international competitors. What made you outshine the others?

You would have to ask the commission that. I showed them a plan in which I pointed out the issues at stake and tried to present solutions: How can we preventively protect monuments? How can we use digital communication to include new groups from the public? How can we make a more lively matter out of archaeology, or not just present monuments and findings but also processes of research, or represent methods?

We want to share that with people, with visitors on location and also over the internet. I want to open up warehouses, excavation sites and laboratories and tell people how we arrive at our conclusions and reconstructions. In surveys of visitors, we have found that the public likes this. I always say the best exhibition in archaeology is to show how an excavation takes place, in the sense that one brings the visitor to it.

So imparting knowledge is a focus of yours?

Yes, because Pompeii is obviously an extremely important place for archaeology, for the past and also for our image of the past but also an important location for our contemporary culture. Where do we come from? Where do we want to go?

In 2015, the archaeological park was threatened by landslides and slow restoration plans. What is the condition of Pompeii now?

An awful lot has happened in the last years. The EU financed a project with over €100 million ($122 million). Pompeii has vastly changed for the better. I want to continue this way and also use technology and innovation to improve standards. I am also thinking of prophylactic monitoring of the premises because we are in an area where there is volcanic and seismic activity. We need to use all options to protect the heritage but to also present it contemporaneously and in an up-to-date manner to people of all ages in Italy and from the whole world.

You spoke about climate change. Which methods can be used to protect Pompeii? What are your thoughts?

Satellite data will be important; we can use it to observe changes extensively and in a detailed manner, with infrared, drones, MEMS technology, which involves small, box-like sensors that are connected by radio waves. With these methods, we could relatively clearly understand what has happened and act as fast as possible before damage occurs. The presence of water, humidity in the walls has often led to collapses in the past.

What concrete damages does climate change cause in archaeological sites like Pompeii?

We have a bunch of extreme weather events. Obviously, that has a direct influence on the monuments but also has an impact, for example, on the growth of plants in the intermediate and long term because of changes in temperature. Thus, roots dig into the walls of ancient structures and destroy them. We really need to use all options to combat this problem.

Recently, in December 2020, an antique "snack bar" — a thermopolium — was excavated. How much is being excavated in Pompeii still? One is always surprised that there are such sensational finds even today.

The antique city of Pompeii covers around 66 hectares, of which around two-thirds have been excavated. There is, therefore, a big part which is under the ground. It is, however, not our goal to continue extensive excavations. The more we excavate, the more challenges we face to preserve the finds. Excavations in Pompeii are possible, but only if they are a part of a greater strategy, which aims at conservation, protection and access and dissemination.

Meaning, there is no excavation for excavation's sake...

No, but if it's part of a conservation and dissemination strategy, then yes.

I would like to go back to my first question. Do you feel that becoming the manager of the archaeological park is like winning the jackpot, or is it like Pandora's box, because you don't know what to expect?

Thankfully I had the chance to work in Pompeii in the past. It is a huge responsibility, but I know that there is a great team there and that we already have many partnerships there, and we'll definitely develop more with domestic and foreign universities and research centers.

The role of a director is not to know and to be able to do everything but to also accentuate different competencies and capabilities that we have there. And that is actually a great task.

This interview was translated from German by Manasi Gopalakrishnan.

A Roman-era house used to train gladiators in the city of Pompeii has collapsed, sparking accusations that the Italian government is not doing enough to look after the country's archaeological treasures.