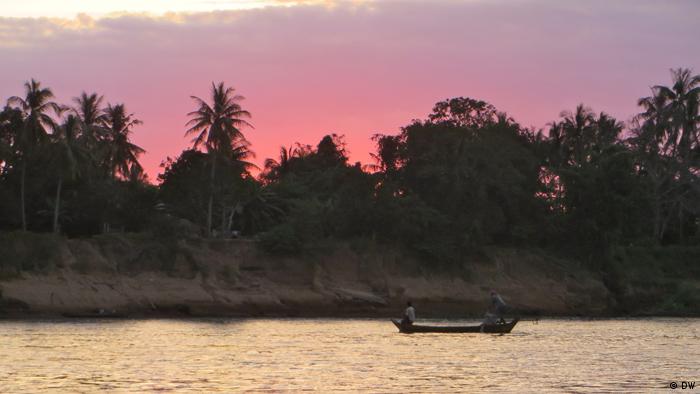 The Mekong River, a critical waterway for six countries in Southeast Asia, is registering critically low water levels this summer.

The Mekong River Commission (MRC), which monitors Southeast Asia's longest river, reported in mid-July that water levels over the previous month had fallen to "among the lowest on record."

The Mekong springs up from the Tibetan Plateau in China and flows to the South China Sea through Myanmar, Thailand, Laos, Cambodia, and Vietnam. Around 60 million people depend on the river for fishing, farming and transportation.

However, unseasonably low rainfall, along with maintenance work at the Jinghong hydropower station in China, and tests on the Xayaburi dam in Laos, have been identified as causing a massive decline in water levels.

And although rains have recently increased, easing drought conditions and gradually raising water levels, the crisis is far from over.

In June 2019, the average rainfall level in Thailand's Chiang Saen province, for example, was only around two-thirds of the total monthly rainfall for June from 2006 to 2018. Reports have shown that the acute shortage of rainfall is due to El Nino — a meteorological phenomenon in the Pacific Ocean that affects the climate all over the Pacific basin.

China at the tap

Water that was held back by the Jinghong dam in China's southwest Yunnan province for two weeks in July also exacerbated the situation. Countries such as Thailand, Vietnam and Cambodia, are at the mercy of those upstream.

Eyler added that Jinghong's dam operators should "act in the interest of downstream countries over their own self-interest to produce hydropower."

Read more: Is Chinese investment taking over the Mekong?

But China isn't the only country using river water to generate power. On July 15, Laos began testing its newly built Xayaburi hydropower dam, which is scheduled to start operating in October.

This test run is also being blamed for the historically low water levels in the Mekong.

Thailand, which is experiencing its worst drought in a decade, asked Laos to halt dam tests last month.

Ironically, the Xayaburi damn is built by a Thai firm to generate up to 1,285-megawatts of electricity for the state-run Electricity Generating Authority of Thailand (EGAT).

According to reports in Thailand, the dam's operators deny causing a water shortage and insist that they also suffer from water fluctuations. 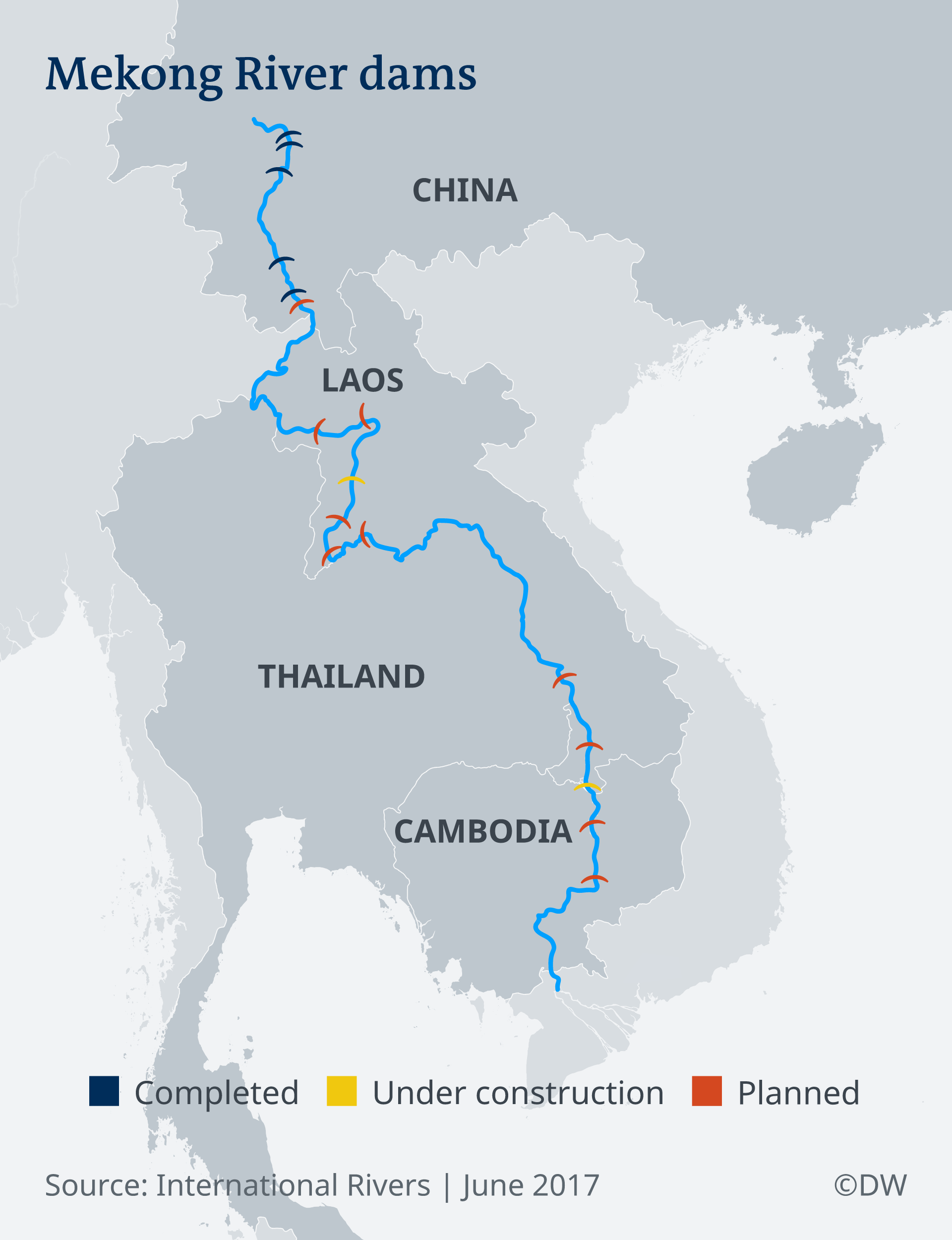 The battery of Asia

However, the increasing number of dam-building projects upstream will only continue to adversely impact communities depending on the river.

In a quest to become the "battery of Asia," landlocked Laos has been rushing to construct dams over the past decade.

According to the environmental advocacy group International Rivers, the plan includes 72 new large dams, 12 of which are under construction with more than 20 being planned.

China, meanwhile, is operating 11 dams and plans to build an additional 8 on the upper stretch of the Mekong River, said Eyler.

Since China built its first dam in Yunnan province 20 years ago, "unusual water fluctuations in the Mekong River have been witnessed by locals living along Thailand-Laos border," said Pianporn Deetes of the International Rivers. Such changes were unheard of prior to the ongoing dam-building frenzy.

Researchers said that the Mekong's natural rhythm has been disrupted to the extent that seasonal patterns are no longer predictable. Over the past 20 years, water levels have become completely dependent on the water released from the Chinese dams.

According to Eyler, dam construction on the Mekong River being done on a project-by-project basis mean it is "impossible to predict the final impacts of unbridled development."

He added that not only do these "ill-advised plans for infrastructure development" affect more than 60 million people living in the river basin, but they also contribute greatly to the deterioration of the Mekong's biodiversity and its abundance of natural resources.

Dams disrupt the migration of fish, preventing them from reaching their spawning grounds upstream and hampering their natural life cycles. This, in turn, could significantly affect fish production in the Mekong, home to the world's largest inland fishery.

With more dam-building plans in sight, people living downstream could face even more devastating consequences while those upstream consolidate their position.

"A peaceful coexistence of people who share the Mekong River basin can only be achieved through mutual respect, listening to each other and genuine cooperation among riparian governments and people," the Network of Thai People in eight Mekong Provinces, an advocacy group, told DW in a statement.