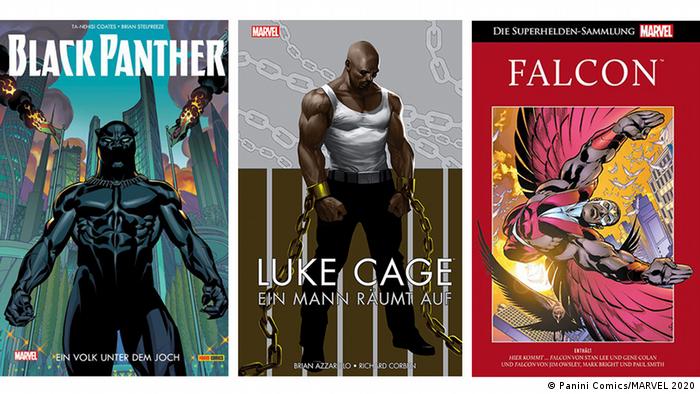 In the past, whenever Black characters would pop up in such series, they were cliché figures.

Hergé, the Belgian illustrator of the popular Tintin series, was accused of racism for his stereotypical portrayal of the Congolese characters in Tintin in the Congo. 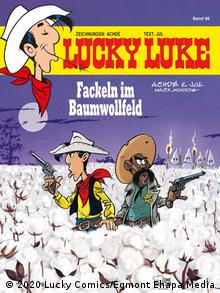 In an upcoming book, Lucky Luke gets help from Bass Reeves, who in real life was the first Black deputy sheriff west of the Mississippi

Later this year, however, an African-American is to play a major role for the first time in another comic series from Belgium, Lucky Luke. The storyline was reportedly written before the death of George Floyd and the current Black Lives Matter protests.

But since comics are especially popular in the US, how are Black characters portrayed there?

Paving the way for future heroes

For a long time, there were few prominent Black cartoon characters. Early America illustrators for the most part lived on the East Coast, which had a larger white population than the states to the south, according to German cartoon expert Andreas Platthaus. In addition, the entire US press landscape was "extremely white," he told DW.

Perhaps the first Black hero in comic strips was the invulnerable, crime-fighting servant Lothar, from the series Mandrake the Magician created by Lee Falk in 1934. Wrapped in a leopard skin, a fez on his head and with a poor command of the English language, Lothar was the magician's strongman.

In 1965, Lothar was "modernized": As of then, he spoke correct English and wore shirts, though often with an animal print. 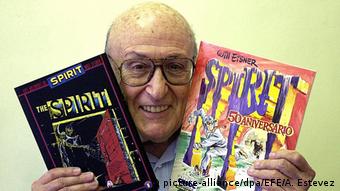 A pioneering cartoonist: Will Eisner with copies of his comics 'The Spirit'

Ebony White was also a Black sidekick to a white cartoon hero. In 1940, Will Eisner introduced him in The Spirit comic strip. His name was a racist play on words; his looks — big white eyes and thick, reddish lips — as well as the way he spoke made him a prime example of a racist, stereotypical depiction of Blacks in mainstream comic culture.

Eisner later claimed the depiction was deliberate, arguing it corresponded to society's sense of humor at the time. Ebony White helped out the hero, detective Denny Colt, in many tricky situations. Over the years, but especially in later reinterpretations of the series, the character developed beyond the stereotype.

In the late 1940s and during the 1950s, Black comic book characters evolved from their comic relief niche or their roles as helpful sidekicks for the white heroes to major characters.

In 1947, the All-Negro Comics single-issue comic book was published. It was the first publication exclusively by Black artists. It circulated only within the Black community, and stories included tales of Ace Harlem and Lion Man, both considered early Black comic book heroes.

In 1954, Marvel Comics' predecessor Atlas Comics published the Jungle Tales series, including Waku, Prince of the Bantu. Waku is widely seen as the first Black mainstream comic star — an intelligent, enlightened African tribal chief who had to defend his leadership position many times and protect his people from danger. He usually carried a spear and tribal shield.

The first African-American hero with his own comic series of the same name was Lobo (1965). Published by Dell Comics, the gunslinger fought the bad guys in the Wild West. The series was discontinued after two editions, reportedly because many retailers refused to carry the comic.

In the late 1960s, the first African-American superhero appeared in a mainstream comic: Samuel Wilson, aka "Falcon." Introduced by Stan Lee and Gene Colan in 1969 in Captain America, he could fly on mechanical wings and controlled birds via telepathy. The superhero from Harlem often slipped into the role of Captain America. 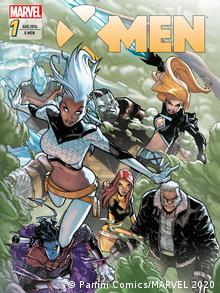 Superheroine Storm is one of the most popular X-Men characters

"At the very latest in the late 1960s, even superhero comic publishers realized that they were ignoring a certain readership if they didn't come up with Black heroes," Platthaus said, adding that publishers were driven by market expansion to create new characters: "They wanted Black kids to read their products."

The influence of the Blaxploitation film genre

So-called Blaxploitation films influenced comics in the 1970s. The civil rights movement of the 1960s contributed to the fact that Black heroes and heroines conquered the movie theaters in low-budget films that often addressed the realities of Black ghettos.

This development spilled over into comic strips that featured predominantly one-dimensional "ghetto gangster stereotypes" like Luke Cage. In 1972, Cage, an ex-convict with superhuman strength and almost indestructible skin, was the first Black superhero to get his own comic series.

The 1970s also saw the appearance of the first Black superheroines — Wonder Woman's  lost twin sister, Nubia (1973); Storm (1975), born with superhuman abilities and the power of weather control, and Bumblebee (1976), one of the "Teen Titans." 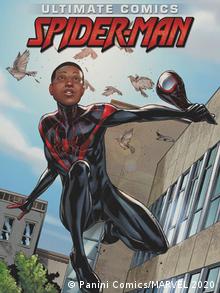 The new Spider-Man character: Miles Morales was created in 2011

Since the 1980s, superhero teams have become much more diverse. But it wasn't until 2011 that a top-class Black superhero emerged: Following the death of Peter Parker in the Spider-Man series, the comics continued as an Afro-Latino teenager, Miles Morales, was called upon to become the new Spider-Man in the alternative narrative.

'Black Panther' and the future of Black heroes

Black Panther is the most famous and first Black superhero with supernatural abilities in American mainstream comics. The character was created by Stan Lee and Jack Kirby. He appeared for the first time as a supporting character in a Fantastic Four comic published by Marvel in 1966.

Black Panther, whose real name is T'Challa and who has a brilliant mind, superhuman reflexes, strength and the ability to heal wounds, is the king of the fictional, highly developed African futuristic nation of Wakanda. Because he appeared in the final phase of the civil rights movement in the US, even before the Black Panther Party of the same name, the superhero was always regarded as conveying a political message. However, he did not get his own comic series until Jungle Action in 1973.

More than four decades later, the movie adaptation of Black Panther, directed by Ryan Coogler, the first Black Marvel film director, was released in 2018. It was a critically acclaimed box office hit. The film's popularity, along with the fact that a sequel is planned for 2021 and the current socio-political situation are giving a boost to the comic series.

And, in reaction to the Black Lives Matter movement, new Black heroes could emerge from characters currently on the sidelines, believes Andreas Platthaus. However, he adds, more Black comic writers and illustrators are needed to give "Black self-confidence" a stronger voice in the comics. "Only then will there be fundamental change."

A brief guide to superheroes

Without them, the world wouldn't be quite as exciting — or safe. As Superman turns 80, here's a summary of some of the most popular comic superheroes. (01.06.2018)