Tintin and his trusty sidekick Snowy have been fighting crime, solving mysteries and surviving controversy for 90 years. And the Belgian reporter continues to attract new fans. 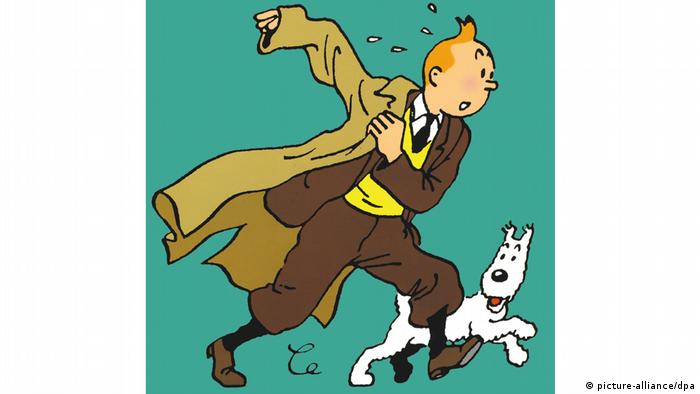 He has fought organized crime, solved mysteries and even helped to bring down despotic regimes. The famous Belgian cub-reporter Tintin, with his trademark shock of strawberry-blonde hair, blue sweater and plus-four trousers, has taken his fans with him on world adventures that have been translated into more than 100 languages and dialects.

Tintin made his first appearance 90 years ago, in a youth supplement to the Catholic conservative Belgian newspaper Le Vingtième Siècle, Le Petit Vingtième. Tintin and Snowy headed deep into Soviet territory, with Stalin's secret police watching them from around every corner.

The story first appeared on January 10, 1929, running as a serial until May 1930; it was essentially anti-communist propaganda, neatly packaged for children. In 1930, the series was published in book form as Tintin in the Land of the Soviets. 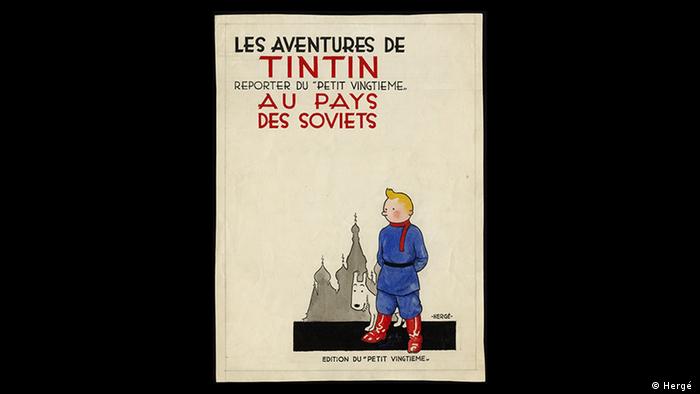 Tintin's creator, Georges Remi, under the nom de plume Hergé, combined well-researched plots in stories which ranged from swashbuckling adventures to political thrillers and science fiction. The stories used slapstick humor, sophisticated satire and political or cultural commentary to hook a young audience and hold them well into their teenage years.

Always at his side is his trusty friend, a small white dog named Snowy (named Milou in the French original). Tintin's friends often went along on his adventures — voluntarily or involuntarily. They include the choleric Captain Haddock and the intelligent but profoundly deaf Professor Calculus. The incompetent detectives Thomson and Thompson (Dupont and Dupond in the original) also feature regularly, to help — or hinder — Tintin's crime-fighting activities.

Early works criticized for being pro-colonial and racist 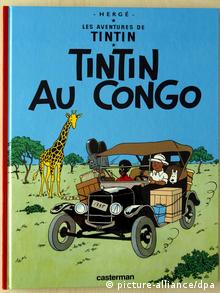 For his second adventure in 1931, Tintin was sent to the Belgian Congo. The story was later criticized for its racist colonial views. Countries such as Belgium, Sweden, the UK and the US tried to have it banned or restrict children's access to it. It was one of the early stories which Hergé later edited to be more culturally sensitive.

Although his early albums drew on stereotypes for comedic purposes, Hergé was fascinated by ancient civilizations. While studying in Brussels, he met the Chinese artist Zhang Chongren, who helped Hergé depict his home country in The Blue Lotus, first published in 1934. From then on, Hergé would depict foreign societies more sensitively.

Le Vingtième Siècle was criticized for being far-right and possibly even pro-fascist, but a series of stories run between August 1938 and August 1939 presented a thinly veiled political critique of European fascist regimes. In the story, which was later published as King Ottokar's Sceptre, Tintin appeared in a fictitious Eastern European country called Syldavia. There Tintin battles an arch villain by the name of Müsstler (a mash-up of Mussolini and Hitler), who wants to annex a neighboring country.

In 1940, Belgium was invaded by the Nazis. The Germans banned the weekly that published Hergé's work on political grounds. The cartoonist moved on to another paper, Le Soir, which was controlled by the occupiers. Although there's no evidence that Hergé was an active collaborator, his passivity under the occupation has attracted criticism.

After Belgium's liberation from Nazi German occupation in September 1944, Le Soir was shut down and its staff — including Hergé — accused of having been collaborators. Belgian newspaper La Patrie parodied Tintin and lampooned Hergé in a strip titled Tintin au pays des nazis (Tintin in the land of the Nazis). 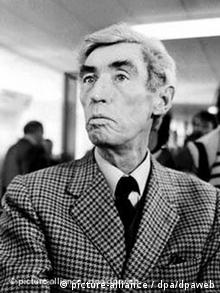 Over the years, there have been numerous television and theater adaptations of Tintin stories, as well as half a dozen film versions, five of them released during Hergé's lifetime.

Hergé died in 1983. He had expressed the wish that after his death, no other artist should continue to draw Tintin, thus bringing the cub-reporter's adventures to a close.

A total of 24 Tintin stories were published, the last posthumously in 1986. Tintin had barely aged a day in six decades.

Although Tintin's adventures on paper had come to an end, his life on the big screen continued when, in 2011, Steven Spielberg released The Secret of the Unicorn in 3D.

There's currently another film in development, with New Zealand director Peter Jackson set to direct. It looks like Tintin and Snowy's adventures will continue to enthrall a new generation of fans.

Tintin and Snowy celebrated in Brussels

Belgium is famous for its comics. Over 100,000 people are expected to attend the Comic Festival in the Belgian capital this weekend. (04.09.2015)

A Paris auction house sold an original painting made for the 1936 Tintin comic book "The Blue Lotus." The small Herge artwork fetched more than €3 million.

Do you remember the addresses of Bilbo Baggins or Mary Poppins? A tour of literary addresses, from Privet Drive to Baker Street.