Some of the Mozambicans and Angolans who came as contract workers to East Germany 40 years ago stayed on and witnessed German unification at firsthand. Here are two of their stories. 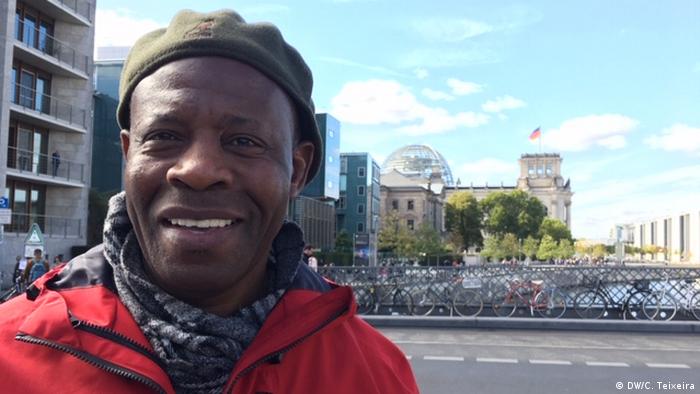 Forty years ago, on February 24, 1979, an agreement on the exchange of workers was signed between the then German Democratic Republic (GDR) and the socialist government of Mozambique. As a result, thousands of Mozambicans moved to East Germany as contract workers. Back home they became  known as the "Madgermanes," based on the expression "made in Germany."

After the fall of the Berlin Wall in 1989, most of the contract workers went back to their home country. Among the  few who stayed was Ibraimo Alberto (pictured above), who arrived in East Germany in 1981. In 2004 he published an autobiography in German about his experience: Ich wollte leben wie die Götter ("I Wanted to Live Like the Gods.")

While working in East Berlin, Alberto became a successful boxer and fought in numerous matches around the country. What should have been a positive experience for him was marred by the xenophobia he frequently encountered. While he gave his all in the ring in cities such as Dresden, Magdeburg and Weimar, the audience reacted by taunting him.

"Are you afraid of this monkey?" "You cannot be beaten by this monkey." "The monkey is strong only in the trees of Africa where it comes from." These were typical insults, Alberto recalls.

In his book, he also gives readers a view through Mozambican eyes of the historic events unfolding in Germany. After the fall of the Berlin Wall, he followed the reunification process closely. 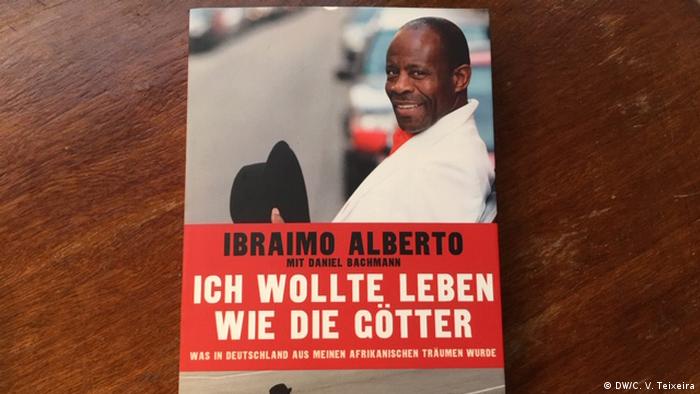 Alberto's book with the subtitle 'What became of my African dreams'

In the early years, there was a considerable increase in racist violence, Alberto says. "People perceived as foreigners died, were killed on the streets, or were pushed, insulted, not allowed in restaurants. The situation was getting worse and worse." Alberto refused to be discouraged and became politically active with the aim of fighting the rightwing National Democratic Party of Germany (NPD), not in the boxing ring but at the ballot box. He was elected municipal deputy in the East German town of Schwedt. "I saw those racists making gains and acting like they do. So I tried to react by talking to them and finding common ground to reduce the problems," Alberto told DW.

In 2008, Ibraimo Alberto was officially recognized as an Ambassador for Democracy and Tolerance. Today he  is a social worker with  an association which supports refugees.He has this advice for newcomers: "You have to be very patient and tolerant and play an active part in German society. "

Alberto is proud of his achievements but he does have one regret, that he never won the freedom from responsibility for others he was hoping for in Germany. Many people back home still depend on the money he sends. "I am hanging on here to support my family in Mozambique," he says. 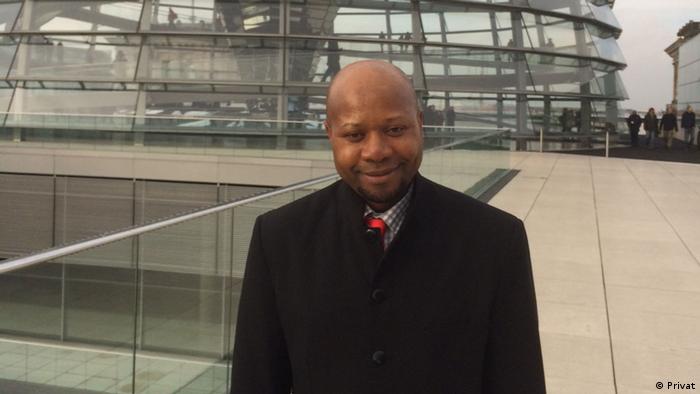 Zeca Schall arrived in Germany from Angola in 1988 to become a mechanical turner in Hildburghausen, in the state of Thuringia. "The studies went well, so did my professional career, everything was fine," he recalls. "I am very happy. The balance from my side is very positive," he told DW.

Even before reunification, while the GDR was still under communist rule, Schall was familiar with the Christian Democratic Union of Germany (CDU), the party of current chancellor Angela Merkel. In 2004, he adopted his wife's German surname and applied successfully for German citizenship. The same year he joined the CDU, with the aim of helping foreigners integrate.

In 2008 Schall was elected to the district council of Hildburghausen. While taking part in the CDU campaign for state elections in 2009, he was targeted by the rightwing NPD, which taunted him with racist slurs and urged him to go back to Angola. During this period, Schall was given police protection.

"That was very hard for me. But I had a lot of national and international support and also from my party. We took this group of extremists to court and they suffered legal consequences," Schall said. 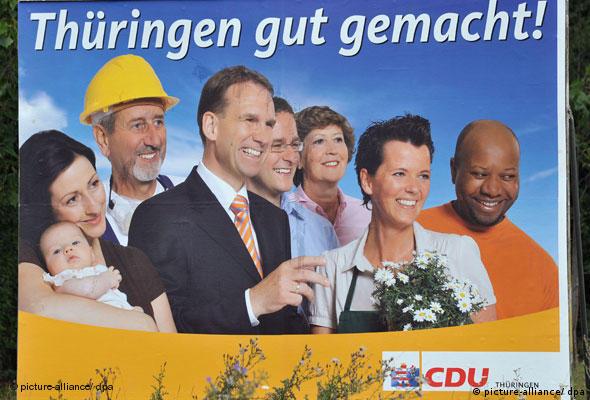 A 2009 CDU election campaign poster for the state of Thuringia

Many news publications in Germany and abroad  reported on the racist attacks against Schall. The German-Angolan never gave up his fight. "We will always find ways to stop the acts of extremists who are against foreigners, against immigrants, because it destroys my German society. It hurts the wellbeing of foreigners in our country, and we will not accept it," he says.

Schall is convinced his work has contributed towards improving conditions for immigrants in Germany. "We will continue to fight to keep immigrants from being victims of rightwing extremism and racism," he told DW.

Back in 1979 when the agreement was signed between Mozambique and the GDR, Mozambique was in the middle of a civil war and urgently needed a financial shot in the arm. Maputo also hoped that the workers trained in East Germany would eventually return with new knowledge and skills. For its part, the GDR urgently needed cheap labor.

The African  workers were paid only a small percentage of their salary in the GDR. The rest went to the government in Maputo, which was supposed to hand over the money once the laborers returned. That rarely happened.

A similar agreement with Angola followed and in the 1980s Angolan contract workers started to arrive in the GDR. They also saw part of their monthly salaries transferred back home. Like the Mozambicans, the former contract workers from Angola want the money still owed to them. Their case is currently in court. Zeca Schall sees a good chance for a ruling in the workers' favor. "The authorities have acknowledged that the money was diverted and we are fighting for the government to return it." Schall and other Angolans in Germany are unhappy with the length of time being taken for this chapter to be closed. He says they will continue "to increase pressure so that a solution finally comes about."

Afonso Dhlakama's death comes as his RENAMO rebel group is in peace talks with the government over decentralization and disarmament. His sudden death casts a shadow over the direction of peace talks. (03.05.2018)