2021 supply shortages: Year of waiting followed by year of anxiety | Business | Economy and finance news from a German perspective | DW | 24.12.2021

2021 supply shortages: Year of waiting followed by year of anxiety

If 2021 was the year the world ran out of everything, prospects are unlikely to change much for most of next year. So, sit back and relax on your couch and continue to perfect the art of waiting. 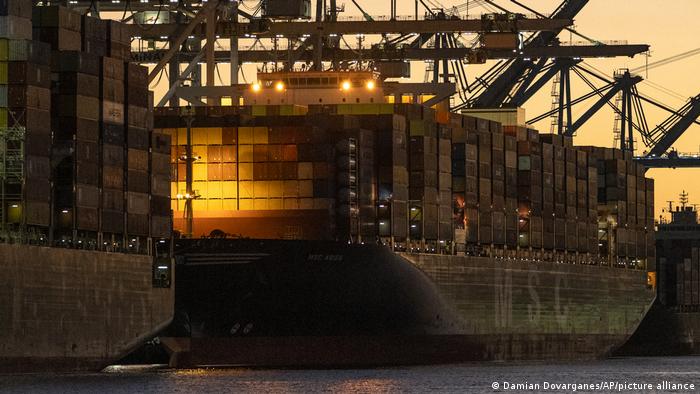 There were a lot of hopes for this year, following the utter economic carnage unleashed by the COVID-19 pandemic and ensuing lockdowns in 2020. The global economy was expected to boom with the arrival of effective vaccines and the subsequent easing of restrictions.

Global growth did roar back, but soon lost its momentum. A sudden demand for goods coupled with chaos in the shipping industry threw global supply chains off track, taking the steam off the recovery.

Sitting on piles of forced savings, homebound people, unable to travel, eat out or go to the movies, splurged on buying goods, taking the recession-battered businesses by surprise. The unprecedented uptick in demand coincided with fresh lockdowns at some of the biggest Chinese ports and export hubs in Southeast Asia, exacerbating the imbalance between supply and demand for goods. The Ever Given container ship blocked the Suez Canal for days in March, adding to global shipping problems

This has meant that people and businesses around the world are having to contend with shortages of just about everything from bikes to cars, toys to smartphones, and reinforced concrete to computer chips. Waiting periods have become painstakingly long.

The problem is that the strong recovery in demand has been "bumping up against physical constraints of ports," Coleman Nee, senior economist at the World Trade Organization (WTO), told DW. He added that even air freight, used to carry goods such as semiconductors, has struggled to keep up with demand due to travel restrictions.

The sudden frenzy of activity, especially in the United States, as people ordered more goods and companies rushed to replenish their depleted stocks, led to major jams at US and European ports and an uneven distribution of shipping containers globally.It has been hard to find empty containers, as it takes weeks to unload the filled ones.

Container prices have soared to record highs as companies race to get their goods on ships. While transporting costs have fallen in recent months, they remain exorbitantly high with the average cost of transporting a 40-foot steel box of cargo by sea at nearly $9,300 (€8,218) as of December 16, up 170% from a year ago, according to Drewry Shipping.

"It's like the motorway, which all of a sudden goes from three lanes to only two lanes. Then all the traffic goes slower and just accumulates, and then it takes a long, long time to decongest," said Jan Hoffmann, head of the trade logistics branch at UNCTAD. 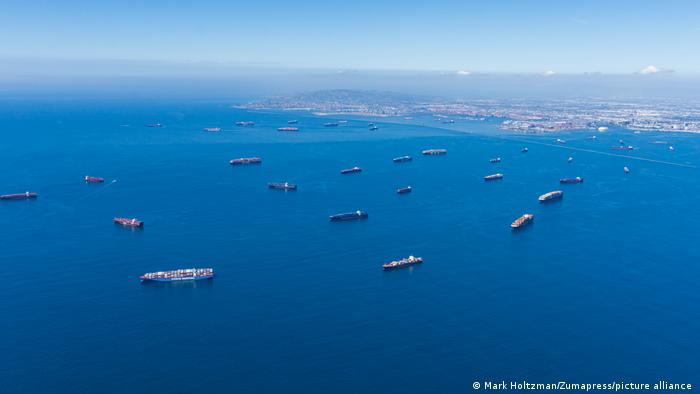 A typical container is spending nearly 20% more time in transit than it did before the onset of the pandemic, he told DW. "So, you need 20% more containers, and we don't have them."

The container shortage has pushed up consumer prices by 1.5 percentage points, with the impact even sharper for trade-reliant smaller economies, according to UNCTAD data.

"There are families and communities whose real income is being cut by the supply chain crisis," Hoffmann said.

Where are the computer chips?

The auto industry is among the worst-hit. A shortage of computer chips, which have become a crucial component in modern-day cars equipped with features such as touch screens, navigation systems and other auto parts, has forced carmakers to temporarily shutter some of their operations.

Vehicle production fell by more than a quarter in the eurozone, including a 30% fall in Germany, in the first nine months of the year, compared with the same period in 2019. Reduced availability of new cars and low inventory levels have also hurt global car sales, which fell 20% between April and September, according to the Organization for Economic Cooperation and Development.

WTO's Nee said an increase in semiconductor exports by top producers in Asia is likely to ease some of the industry's problems next year.

"People have already bought their big-screen TVs, they have already upgraded their computers. I think that the availability [of chips] should improve for the automobile industry," Nee said. "You're starting to see some anecdotal evidence of that."

Ariane Curtis, a global economist at Capital Economics, said the auto industry should also benefit from the removal of COVID-related restrictions in major exporters like Vietnam and Malaysia.

"But even so, the supply-demand imbalance in semiconductors means that shortages will persist. Orders for semiconductors continue to outpace exports in Taiwan, creating a large backlog of orders to work through," Curtis said in a note to clients. "Although investment in semiconductor production is rising, scaling up production capacity will take a long time," she wrote, adding that the supply shortages could persist for another six to 12 months.

The supply chain crisis has proven to be more persistent than most experts predicted. The bottlenecks are unlikely to disappear any time soon, given that expanding ocean transportation capacities takes time as does increasing supply chain resilience, including by bringing operations or suppliers closer to end markets.

"Anticipating the precise timing at which supply chain problems will unwind is impossible, but we think an improving health situation, expanding capacity and a global rotation from goods to services should reduce the pressure on supply chains next year," Angel Talavera from Oxford Economics said in a note.

That's unless the mutating coronavirus decides to throw a curveball or two.