On September 15, judges announced the six books shortlisted for the 2020 Booker Prize for Fiction. The annual award is given to the best in English literature. 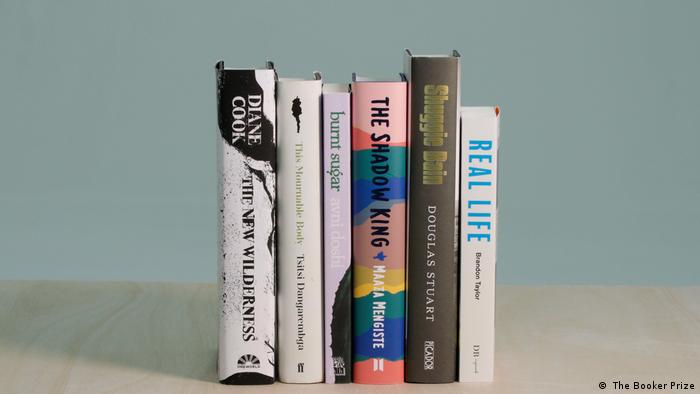 This year's shortlisted nominations for the Booker Prize are unafraid to take on today's real-world challenges, from climate change to poverty.

"The best novels often prepare our societies for valuable conversations, and not just about the inequities and dilemmas of the world — whether in connection with climate change, forgotten communities, old age, racism, or revolution when necessary — but also about how magnificent the interior life of the mind, imagination and spirit is, in spite of circumstance" said judge Margaret Busby in a published announcement.

Four of the six authors selected are women, including Zimbabwean author Tsitsi Dangarembga, whose book This Mournable Body tells the tale of a woman confronting the harsh realities of life as she descends into poverty in Zimbabwe. Dangarembga herself is an activist as well as one of her country's top literary voices. She was arrested at the end of July for protesting against the country's government and brings this fresh and fearless voice to her writing.

Also on the list is Ethiopian-US writer Maaza Mengiste's The Shadow King; a powerful story about African women who went to war during Italy's invasion of Ethiopia that sheds a new light on female empowerment.

Also on the shortlist is Diane Cook's The New Wilderness, which is set in a dystopian future city rendered nearly uninhabitable due to smog and pollution. In it, a mother tries to save her daughter by moving to a wild land untouched by humankind. It is the kind of story that rings true in an era of rampant climate change, pointed out the jury.

The judges selected another poignant mother daughter story, albeit with many twists and turns, in American author Avni Doshi's Burnt Sugar.

Another finalist vying for the prize is Real Life by African-American author Brandon Taylor. The novel, set in a college town in the US Midwest, is "a deeply affecting story about the emotional cost of reckoning with desire, and overcoming pain," according to the Booker Prize website.

Finally, a marginalized family in the 1980s in impoverished Glasgow struggles with addiction and maintaining bonds in Douglas Stuart's Shuggie Bain.

Typically, the Booker Prize is awarded to one author, yet anything is possible. Last year, judges simply could not decide on the best piece of literature and awarded two authors: Canadian author Margaret Atwood and British author  Bernardine Evaristo who split the prize money.

The literary accolade was first given in 1969 and was initially restricted to authors of Commonwealth countries, the Republic of Ireland and Zimbabwe. Since 2013, international citizens have also been allowed to participate, given their book has been published in the UK or Ireland.

Author Marieke Lucas Rijneveld claimed to be "proud as a cow with seven udders" for winning the International Booker Prize together with translator Michaele Hutchison. At 29, Rijneveld is the youngest-ever winner.

The prestigious literary award recognizes the best German-language novel of the year. A look at the shortlisted titles for the German Book Prize — a bold selection.