Bernardine Evaristo: 'There's going to be a lot of protest literature' after Trump and Brexit

How should writers of color respond to Trump's presidency, Brexit and the global rise of populism? British author Bernardine Evaristo tells DW how she is impacting the literary landscape for people of color. 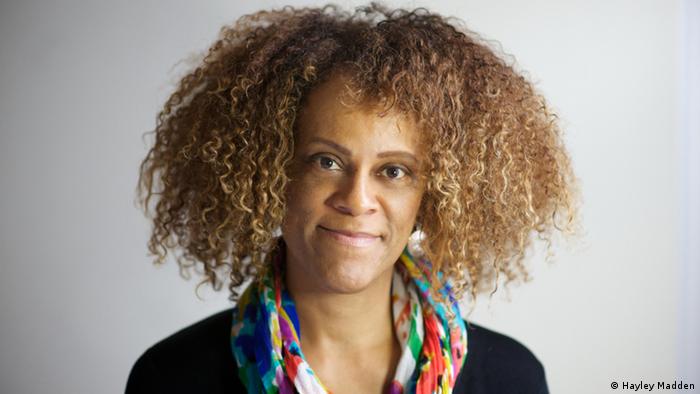 Award-winning writer Bernardine Evaristo, author of books like "The Emporer's Babe," "Mr Loverman," and "Hello Mum," is a longtime advocate of inclusion and diversity on the literary landscape. She founded The Complete Works mentoring project in 2008, which has seen an increase from one to 10 percent of black and Asian poets published in the UK.

Bernardine Evaristo is chairing the British Literature Council Seminar in Berlin from January 26 - 28, which explores the issues facing writers of color. She spoke with DW's Kate Müser about what it's like to be a writer of color in the UK and what happened when she learned that black people lived in Britain some two millennia ago.

DW: Brexit and the Trump inauguration have been hotly discussed this past week. Both issues are indications of growing global fears of racial and cultural differences. How do you feel that writers can and should respond?

Bernardine Evaristo: I think it's very hard to avoid engaging with it, whatever our backgrounds. What we're going to see in the next 10 years is a lot of literature that explores both Trump and Brexit from multiple perspectives.

I'm in the middle of writing a novel that's set in the contemporary day and I'm thinking, oh God, I'm going to have to rethink now because I can't have these characters living in a contemporary society where this is happening and not engage with it. 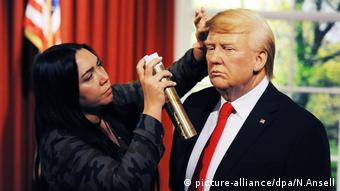 I think there's going to be protest literature and a lot of satire. Certainly in terms of Trump, he's ripe for satire, as we've already seen. What's happening is that a generation of young people are being politicized, which is amazing.

I think we've felt that our societies have developed beyond the kind of racist rhetoric we've seen coming out of America and beyond the anti-European campaign we've seen coming out of the UK. So it's been a bit of a shock for us to realize that, having thought that we've moved on from the political activism of the 70s that was so crucial to redefining our national ideas about race and gender, suddenly demagogues can turn the conversation back 20, 30 or 40 years.

People of color or those who are derived from immigrants in this society are suddenly under threat and feeling some of the vilification that our parents felt when they first came here. It's a very difficult time. I think everyone is processing what's happening at the moment and trying to work out how we work with this as artists. There's something exciting about it, because it's something we didn't expect to have to engage with.

I think, probably from the German perspective, we have quite a healthy body of multicultural literature in the UK. I would say that the big challenge is not so much for the writers who are coming over [to Berlin] to be part of the British Council Literature Seminar, because we've all been published. The big problem is the publishing industry not generally publishing writers of color in the UK.

What we've had in the UK is a certain amount of tokenism, whereby one or two people are published very successfully and everybody thinks that the job is done - and it's not done.

Racism is part of the problem, but it's also working-class voices and LGBT voices that aren't being heard. The problem is wider than color.

The industry is extremely white and middle-class. We need to diversify the workforce. I know that Penguin Random House has got a brilliant scheme at the moment. It's called "Right Now" and has been ongoing for about a year. They've taken on five new editors who are from very diverse backgrounds - and non-traditional backgrounds in terms of access to publishing. They are going to take on 10 new writers and have reached out across Britain as a way to change the dearth of diverse writers.

Your own books of prose and verse seem to blur the lines between categories of all kinds - not just skin color or cultural backgrounds, but also sexuality and time. "Mr Loverman" is about an older gay Antiguan in London, and "The Emperor's Babe" is about a black girl set 1,800 years ago in Roman London. How does your own background inform your work?

My project as a writer is to create the voices and literature that I feel need to be out there in the literature landscape. That comes back to growing up as I did in the 60s and 70s in London of a mixed-race English-Nigerian background and feeling that I didn't belong in this society. Part of that "unbelonging" was that I didn't see myself - women of color - reflected in the society I was growing up in.

And that's always been my motivation for writing. While the society has changed and moved forward in many ways, I still want to be somebody who is making a difference in terms of how we are represented in the British arts landscape. That is manifested in the different ways I explore this issue creatively.

Writing about a black girl growing up in Roman London was a response to me discovering in the 1980s that there had been black people in Britain 1,800 years ago. I thought that is amazing! I'm not a historian, but what I can do is work with it creatively and put that on to the landscape. That was groundbreaking for its time.

Eventually the archaeologists caught up with fiction. Roman skeletons that had been discovered over 100 years ago were forensically reanalyzed using modern DNA testing and were discovered to have been of color. The concept came first, and then the evidence came secondly. 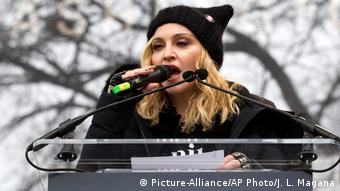 With "Mr Loverman," it's similar. I didn't intend to write about a gay elderly Caribbean man, but I started writing in the voice of this character that turns out to be gay and I thought, this is really interesting. There aren't any characters out there that are black and gay of this generation. Once the book was finished, I then met elderly Caribbean men of his generation who were gay and all of them were still in the closet. The fiction that I had created then became a reality, and I got to know them and we became friends.

To what extent do we need to focus specifically on racial inequality - or should we rather be focusing on the broader issue of diversity?

As a person of color in this society, and if you look at my work where I have male and female protagonists, I feel that my priority is race, or at least creating black characters. That doesn't necessarily mean I'm writing about race or racism, although sometimes I do engage with that. I feel that there are so few of us out there to talk about the issues that we think are important.

Feminism has a broader base of support. I think the demonstrations last Saturday were amazing - particularly the number of celebrities that came out in America because they reach an audience that other people don't reach. That probably wouldn't have happened 30 years ago. It's great that we're moving towards a society that was post-feminist and has gone back to being feminist again.

'As a Black person in a white society, I can have an impact,' says author Sharon Dodua Otoo

British writer Sharon Dodua Otoo just won the prestigious Bachmann Prize for a story she'd "accidentally" written in German. DW spoke with her about Brexit, xenophobia and life as a Black person in Berlin. (06.07.2016)

At 29 years old, she has already achieved what many writers could only dream of. Okwiri Oduor won the African Caine Prize in 2014 for her short story called "My Fathers Head" and has not stopped writing since. (23.01.2017)