During Ivory Coast's civil war in 2011, Abidjan's only zoo fell into disrepair and many animals died. Now, the facility is getting a makeover, and wants to become a center for conservation excellence in West Africa. Ivory Coast's zoo - in the heart of the country's biggest city, Abidjan - almost ceased to exist during the country's 2011 civil war. During the conflict, which killed at least 3,000 people, more than a quarter of the animals at the zoo died of starvation.

Violence that erupted after the 2010 presidential elections turned parts of the city into no-go areas. Fearing for their lives, people stayed indoors, and food wasn't delivered to the zoo for months. Those animals who could survive on vegetation grew painfully thin. Others, including a pack of lions, starved to death. 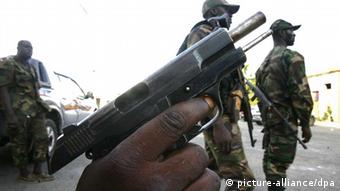 Cages became filthy, with many animals living in their own feces. In the stifling heat, infections and disease spread easily. Zookeepers ran out of funding, and those that ventured onto the site could do little more than watch the animals starve.

"For human beings, it is difficult, but for animals, it's worse," said head zookeeper Lama Tia. "I can run away, but where will the animals go?"

He described the violence which consumed the city, making it impossible for zookeepers to care for the caged creatures. "Thank God no wardens were killed or shot," Tia recalled. "There was fighting right in front of the zoo."

Abidjan Zoo opened in 1930, but years of neglect during the past decade of instability, along with two civil wars, have taken their toll. Cages became outdated and some of the animals started to display worrying behavioral problems. 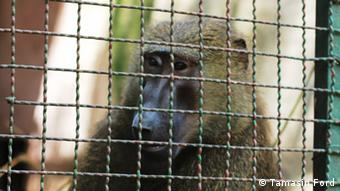 "When I first arrived, most of the animals had nothing in their enclosures," said Richard Champion, the zoo's deputy director. "It was bare concrete, bars, dirty water, a lack of food, and lots were in bad condition."

This year, however, the zoo is going through a radical makeover. The Ivory Coast's Ministry of Forestry, with money from the Swiss government, has launched a rehabilitation project. Specialist vets were flown in to treat the sick animals. A new enclosure is being built for the one surviving elephant, and another is planned for the new lions that are arriving later this year.

"We want to make it much better for the animals," Champion explained. "Lots of branches, fresh water, a mixture of different fruits. We are making it a lot more interesting for the animals and the visitors."

Abidjan Zoo has the largest population of slender snout crocodiles in captivity in the world, and has now started a unique breeding program to release them back into the wild. And, there are plans for an educational centre for the thousands of children and students who visit the zoo every month. It's all part of making the facility a center for conservation excellence in West Africa. 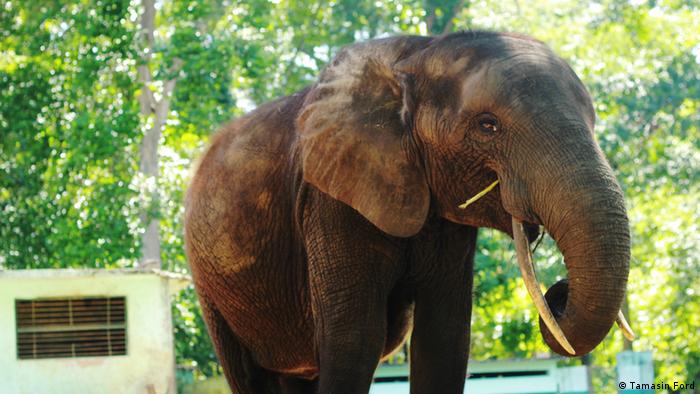 One favorite inhabitant with the children is CAN, the last surviving forest elephant at the zoo. Born in 1992, she was named after the soccer team that won the Africa Cup of Nations that year.

There is still a lot of work to be done at the zoo. The baboons and hyenas are not in good health and need urgent treatment. But funding remains a serious challenge as caregivers at the zoo try to save the surviving animals.

The Abidjan Zoo is also setting up partnerships with zoos around the world, allowing for new animals to be brought in and knowledge to be exchanged. 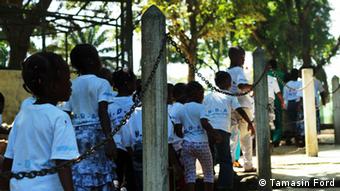 At evening feeding time, head zookeeper Lama Tia digs deep into a bucket of fruit and vegetables to feed a group of endangered West African chimpanzees. There are tomatoes, bread, apples and bananas on hand, but it's the avocados they like the best.

These days, these endangered animals have plenty of food to eat. Tia hopes the difficulties that occurred during the conflict never happen again.

UN Secretary-General Ban Ki-moon says the slaughter and trafficking of endangered species represents a threat to national and regional security. Volker Homes of the WWF explains the dangers facing animals and rangers. (31.05.2013)

The pangolin is under threat of being hunted to extinction by poachers in Southeast Asia's illegal wildlife trade, who hunt it for its meat and its scales. A new center in Cambodia is doing all it can to save the animal. (14.03.2013)