Opposition supporters stand accused of "committing public violence" in the wake of contested elections claimed by incumbent President Emmerson Mnangagwa. His main rival says he will challenge the results in court.

The appearance in court of  23 people arrested in a police raid at opposition MDC headquarters comes a day after President Emmerson Mnangagwa was declared the winner of an election his main rival, Nelson Chamisa, says was rigged. Their case has been adjourned until Monday next week, when they will be back in court for a bail hearing, their lawyer Denford Halimani told reporters including DW correspondent Privilege Musvanhiri outside the courthouse in Harare.

According to Zimbabwe Lawyers for Human Rights, a nonprofit group, the opposition members were charged with "committing public violence" during Wednesday's protests in Harare. "They are facing charges of inciting public violence and we want them released without any conditions or on bail. There is nothing linking them to the commission of any offense," said the group's representative Gift Mtisi.

MDC spokesperson Nkululeko Sibanda told DW that the government is attempting to portray the opposition party as violent when in fact many of its supporters have been killed by soldiers following orders from the state. "Somebody gave an order for innocent people to be attacked. President Chamisa has visited the families of the deceased and one of the things that surprised him is that the postmortem report shows that their deaths were not a result of being killed by a gun." Sibanda further said that those demonstrating were not summoned by Chamisa and may not have even been members of his party.

Protesters alleged that Mnangagwa had stolen Monday's election from Chamisa, and alleged that the electoral commission was taking so long to release the highly contested election results due to fraudulent irregularities.

A crackdown ensued in which the army fired live bullets on protesters, leaving six dead. That number has since risen to nine, according to Musvanhiri in Harare.

On Thursday, Zimbabwe's Home Affairs minister, Obert Mpofu, hinted at a possible crackdown on the opposition for the violent protests that had hit the capital, Harare.

"Opposition parties have never enjoyed the freedom of meeting their supporters since independence the way they are doing. So perhaps they have interpreted our understanding to be weak," Mpofu said.

The ongoing crackdown has sparked an international outcry, raising grim memories of the violence that marred polls under autocrat Robert Mugabe, who was ousted last year after 37 years of iron-fisted rule. 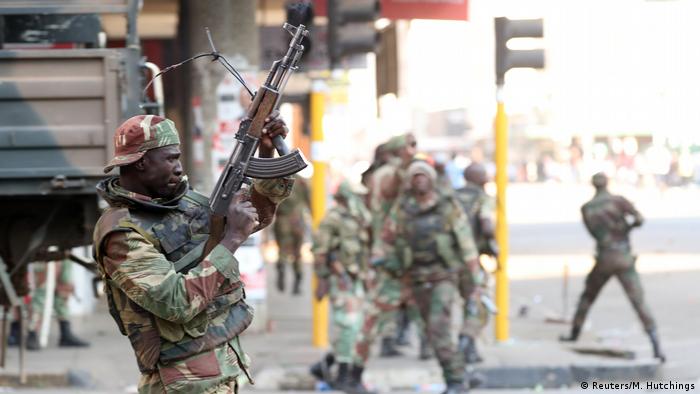 "No democratic process is flawless," Mnangagwa said, but he insisted the election was "free, fair and credible" and a far cry from the fraud-tainted polls of the Mugabe era. The incumbent also called for unity, telling Chamisa: "You have a crucial role to play in Zimbabwe's present and in its unfolding future."

This Saturday Chamisa urged his supporters to refrain from violence as he prepares to challenge the results in court. "We won but they declared the opposite. You voted but they cheated," he said on Twitter on Saturday.

Mnangagwa, 75, has said Chamisa is free to mount a legal challenge. Paul Mangwana, a spokesman for the ruling ZANU-PF party, said the courts would have 14 days to consider any legal challenge, after which the winner would be inaugurated within two days.

Mnangagwa won 50.8 percent against Chamisa's 44.3 percent, according to the Zimbabwe Election Commission, just scraping over the 50-percent threshold needed to avoid a second runoff round. However, the Zimbabwe Election Support Network, a nonpartisan observer group, estimated Chamisa could have garnered up to 47.8 percent of the vote based on its monitoring work. International observers have largely approved of the electoral process, though EU monitors have said that Mnangagwa, who enjoyed tacit military support and control of state resources, benefited from an "un-level playing field." 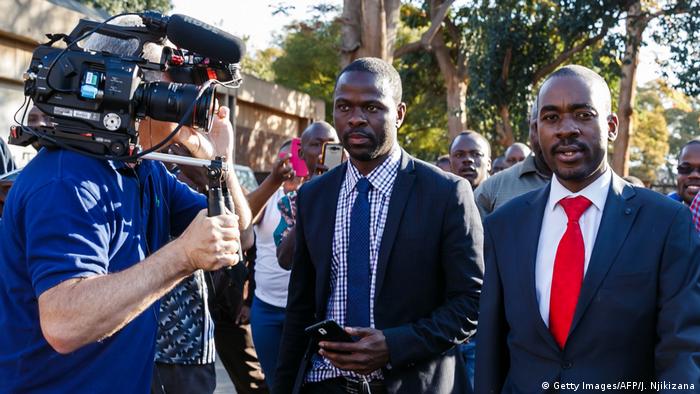 Mnangagwa has hailed the first post-Mugabe polls as a "new beginning" and pledged to represent all Zimbabweans, including those who did not vote for him. But rights groups have expressed concern that heavy-handed policing to prevent more post-election protests indicates how he intends to govern.

He pronounced the country "open for business" on Friday, adding: "We want to leapfrog and catch up with other developing countries."

Zimbabwean President Emmerson Mnangagwa has acknowledged the disastrous results of his predecessor's "land reform" in a bid to win over white voters. Elections in the southern African country are slated for July 30. (21.07.2018)