While the rest of the world has struggled to control the coronavirus outbreak, the isolated islands of the Pacific have managed to keep their populations safe — in part due to lessons learned from previous health crises. 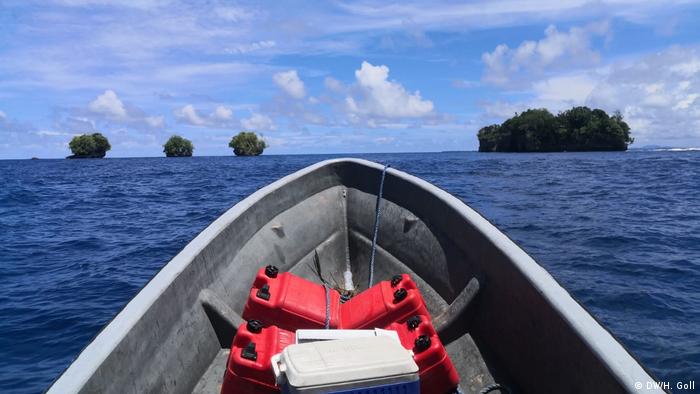 The novel coronavirus has spread swiftly and insidiously to virtually every corner of the world, claiming more than 319,000 lives as of May 19 and forcing billions to take refuge in isolation. But a handful of nations have been spared the crisis, most of them tiny, relatively underdeveloped outposts scattered across the Pacific Ocean.

There are only 15 countries on the World Health Organization's list of states without any reported cases of the virus, which has now infected more than 4.8 million people globally. Questions, however, must be asked about the accuracy of the reporting of at least three of those nations: North Korea, Lesotho and Turkmenistan all border countries with confirmed cases and high fatality rates.

The physical distance between the island nations of the Pacific, coupled with a swift response in the earliest stages of the pandemic, appears to have insulated countries such as Palau, Tuvalu, the Marshall Islands, the Federated States of Micronesia, Kiribati, Nauru, the Solomon Islands, Tonga and Vanuatu from the crisis.

"There are a number of reasons why these states have been able to avoid any infections, but the biggest is simply that they are blessed by geographical isolation," said Sheldon Yett, who represents the United Nations Children's Fund (UNICEF) in 14 nations across the Pacific.

"They were also very quick to limit and then impose an outright ban on inbound flights and ships, meaning that it was very difficult for anyone who might have the virus to get to these places," said Yett, adding that the motivation of the island governments was very simple.

"They could see what was going on in other parts of the world; they saw on the TV news the streets of New York or London and they understood what was happening in France and Italy and they understood the risks they faced if the disease got into their communities," he told DW. "So they were very aggressive in acting to close their borders."

Not every small Pacific island was able to keep the illness at bay, however, with a number of cases reported on Fiji, where Yett is based, and a significant cluster on Guam, which is the hot spot for the region.

Most of those cases were aboard the USS Theodore Roosevelt, an American aircraft carrier that was until recently docked in Guam's Apra Harbor after more than 1,150 of the vessel's 5,680 crew members tested positive for the virus. On Sunday, the vessel was back at sea and carrying out exercises prior to returning to deployment — although there have been reports of more than a dozen new infections aboard.

Yett believes Pacific governments also acted quickly as they still have fresh memories of other illnesses that have ravaged their communities. Papua New Guinea has in the last year battled outbreaks of malaria, drug-resistant tuberculosis and dengue fever, with the mosquito-borne illness also reported in a number of other Pacific states.

Arguably the worst outbreak was in Samoa in August 2019, when a passenger stepped off a flight from New Zealand with an undiagnosed case of measles. The illness spread rapidly and was only brought under control in January, by which time an estimated 5,520 people had been infected — nearly 3% of the entire population — and 83 people had died. All but seven of the deaths were people under the age of 15.

That experience is seared into the recent memories of Samoans, said Yett, along with images of people who had not been vaccinated against measles hanging red cloths outside their homes. Some added messages, such as "We don't want to die" and "Help us!"

"Nothing focuses a community's mind like an outbreak that kills so many of its children," he said. "People were petrified."

The measles outbreak, however, did imprint the need for social distancing, along with the need to close schools and businesses until the worst was over, for people to stay at home, limit their social contact with others and take additional hygiene measures.

"We had a really hard time with the measles outbreak, so when I heard about this new virus that was particularly affecting people with chronic lung or respiratory problems, I knew we had to act fast," said Dr. Leausa Naseri, director general of Samoa's Health Ministry.

"We started issuing travel advice as early as January 20 and cut inbound flights from New Zealand, Australia, Fiji and neighboring American Samoa straight away," he told DW. "I feared that if the virus did get into our country then there would be a lot of transmissions and that numbers would explode."

Yett said it's very fortunate that so many Pacific islands have managed to avoid coronavirus cases as "it is important to remember just how vulnerable a lot of these communities are."

"Diabetes, hypertension and other illnesses are common in the islands and those factors would have made any outbreak much worse," he said. "Also, health care facilities here are often very limited, with only so many intensive care beds, ventilators and trained doctors to provide the support that would be needed."